Mercedes-Benz comes out with yet another zero-emissions vehicle, this time a SLS AMG E-Cell super that too at the 2011 North American International Auto Show, Detroit. Spotting an ‘AMG lumilectric magno’ color, the E-Cell is touted to be the first all-electric supercar in the world which is cost effective and offers better performance, leaving the Tesla Roadster far behind.

Featuring four electric motors made up of 324 lithium-ion polymer cells placed at the rear, the car can hit speeds from 0 to 62 km in 4 seconds, whereas it is gas equivalent can achieve the same speeds in 3.8 seconds. The production for the E-Cell will begin in 2013. 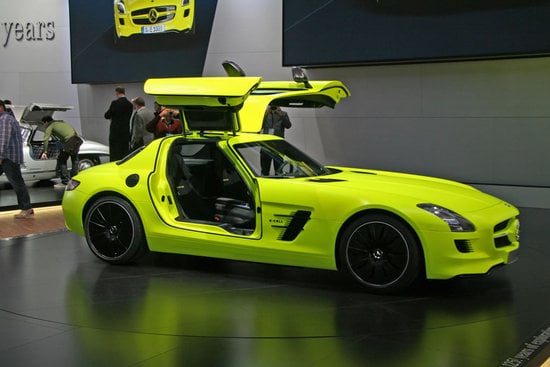 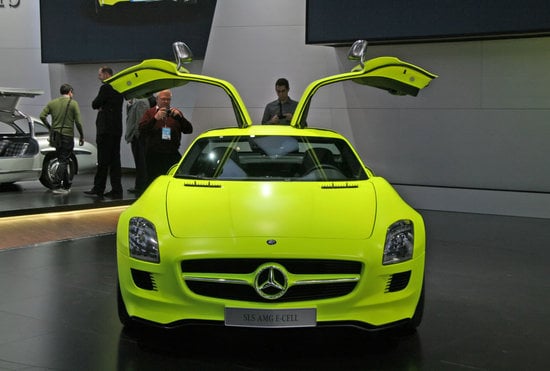 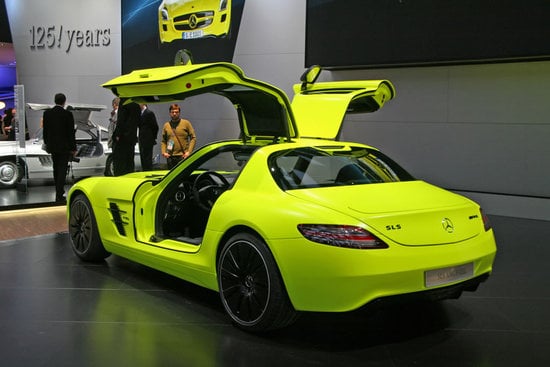 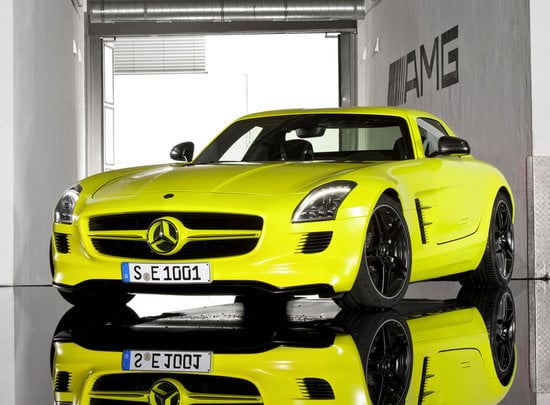 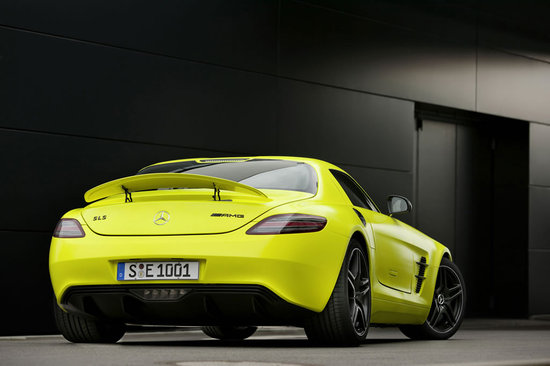 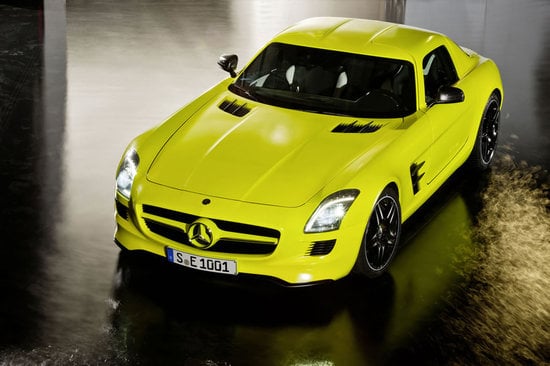