Legend says that there use to live a beast, beneath the depths of the ocean that would raise its head above the waves and terrorize the world. While the rest of the world imagines this beast has met its end, we know better. The Godzilla is still around and will never rest until it has managed to scorch every asphalted surface that lines the earth. Clad in gold and ready to intimidate the world, the 45th Anniversary Gold Edition of the 2016 GT-R is more than just a revamped sports car. Nissan GT-R enthusiasts will agree with the fact that this car will never get old, no matter how many times the Japanese manufacturer decides to launch special one-offs. 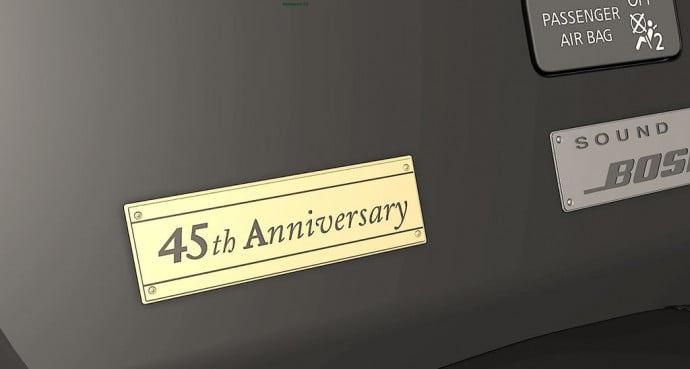 Beneath the hood lies an engine that enjoys a 5hp boost above the stock car. With enough fine-tuning to make it special, this GT-R’s VR38DETT 3.8-liter twin turbo V6 churns out 542hp and 463 lb-ft. The 45th Anniversary Gold Edition gets 20-spoke alloy wheels and a special gold-tone VIN plate located inside the engine compartment. A commemorative plaque on the center console makes sure this beast remains distinct. If you’ve been dreaming of a GT-R that’ll make the most seasoned Nissan fans drop their jaws, here’s your chance. Don’t forget, this gold-armored monster is priced at $102,770 and only 30 units will be bred.