Last year, we came across a concept design of an aircraft that gave us a sneak peek at the future of the air travel teasing us the aircrafts that will take to the skies in a few decades from now. Created by designer Oscar Vinals, the concept named AWWA Sky Whale was big enough to eclipse the Airbus A380 while having much greener footprint. The Barcelona-based designer is back again this year to reveal another concept aircraft that has six hydrogen fuel engines powering it to make it 75 per cent quieter than current airliners and produce zero carbon emissions. Dubbed the AWWA-QG Progress Eagle, the futuristic aircraft looks very similar to the last year’s AWWA Sky Whale concept but has quite a few key differences. 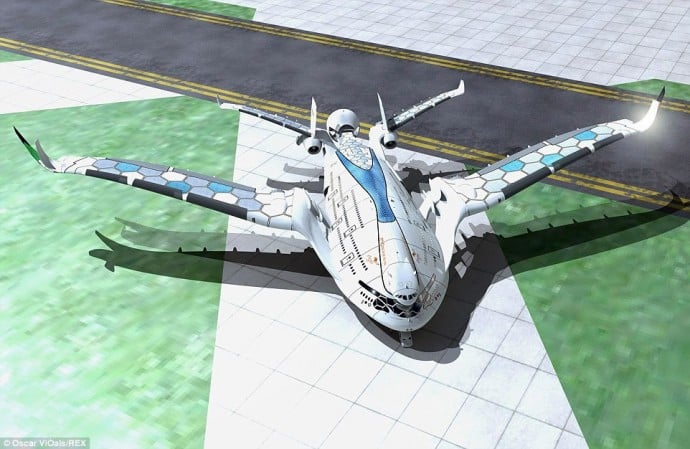 The AWWA Progress Eagle features three decks and would have capacity for around 800 passengers. To put that into perspective, the Airbus A380, currently the world’s largest passenger airliner, carries around 525 people. The concept boasts a massive wingspan of 314 feet and the aircraft would run on hydrogen fuel rather than the high-grade aircraft fossil fuels used today. On his project page at Behance.net, Vinals points out that the wings could be designed to fold up, providing the aircraft with more room on the tarmac. 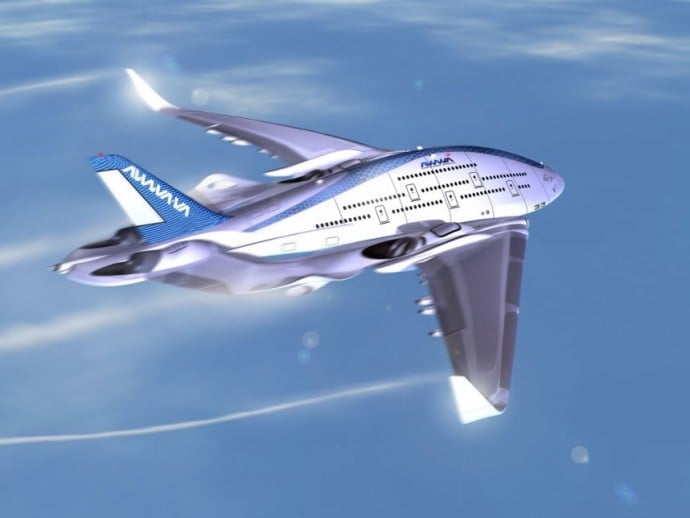 “The Progress Eagle is based in the technology beyond 2030 with ideas from quantum mechanics,” Vinals explains on his project page. “For these reasons, the innovations that the Progress Eagle presents could be available in 15 years’ time.” Once the aircraft reaches cruising altitude, the rear engine would be turned off and used as wind turbine, which in combination with energy from the solar panels would continue powering the plane. Excess energy stored in the aircraft’s batteries could be recovered by special electrical storage trucks on the ground when it lands. According to Vinals, the aircraft would be made from lightweight materials like carbon fiber, aluminum, titanium and ceramics. The cockpit would be located on the aircraft’s second level, which would be large enough to house offices and sleeping quarters for crewmembers. Vinals published a 4-minute long video on his YouTube channel showcasing the conceptual aircraft and all its features. 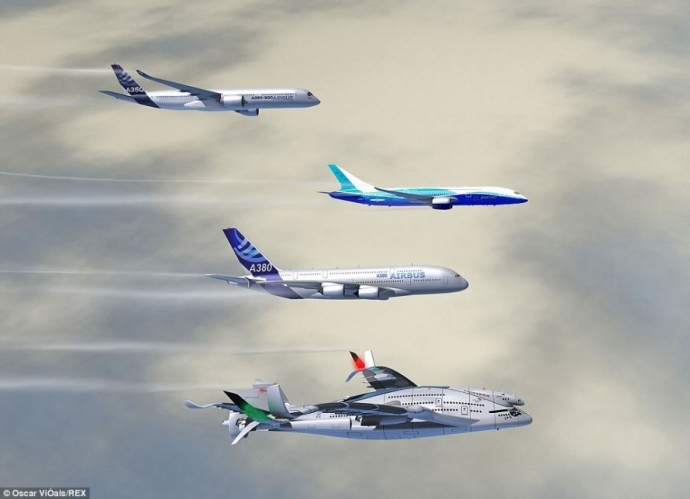