Paramotoring, which is a commonly used term for powered paragliding, is one of the simplest and most economical ways to take-off into the air and fly like a bird. British adventurer and survival expert Bear Grylls is a huge fan of Paramotoring and has achieved some incredible feats flying the motorized paraglider. The most notable of them all is his record-breaking flight paramotoring over the Mount Everest where he eventually reached 9,000 meters (29,500 ft), almost 3,000 meters (10,000 ft) higher than the previous record of 6,102 meters (20,019 ft). Bear Grylls has teamed up with Parajet International, a company that makes powered paragliding equipment, to come with an official BG Paramotor for adventure seekers.

The BG Paramotor, an engine operated one-man personal flying machine, has a flight time of up to 3 hours and can take off in just 20 meters. It has been specially designed by Bear Grylls and is the simplest of all powered aircraft consisting of a small engine driving a propeller, worn like a backpack under a paraglider wing and providing thrust to take off, climb and maintain level flight. “Simply strap on the backpack propeller and the powerful one-man engine will give the paraglider “wing” the thrust it needs to climb, swoop and soar. Takeoff is fast and easy, flight is stable and dynamic and landing is gentle,” reads the official product description. The BG Paramotor Adventurer Package is priced at £10,688 ($17,500 approximately) for which you’ll get all the necessary equipments including a Bear Grylls ultimate survival knife. The package also includes 10 days’ training at BG Accredited Parajet Flight Academy without any additional cost. Bear Grylls said: “I’m so excited by the launch of the BG Paramotor – I’m a huge fan of the sport and take every opportunity to take to the skies and explore. For me it is my escape!” 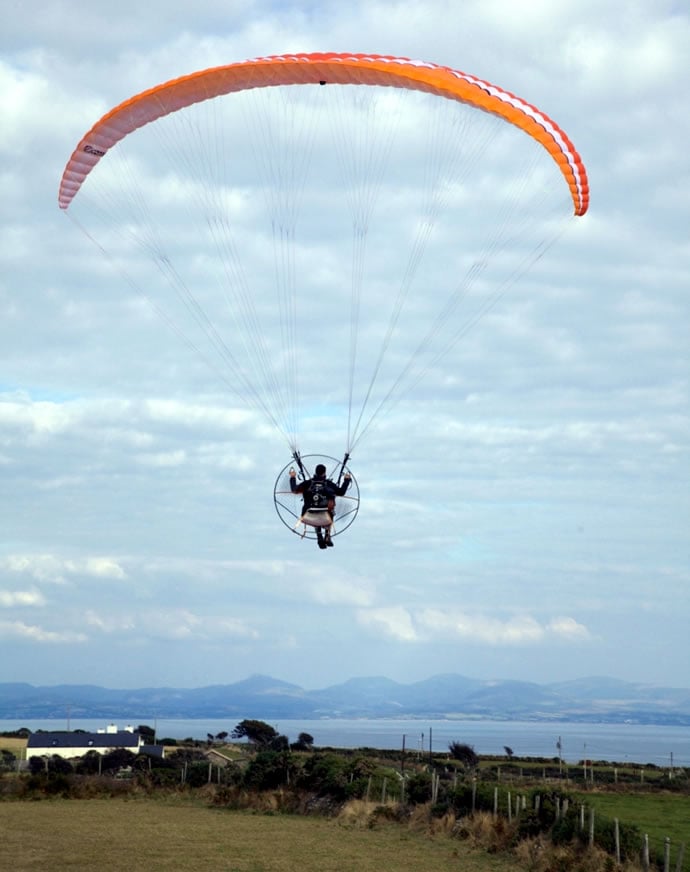