BMW has finally unveiled the Roadster version of its i8 hybrid sports car alongside the updated coupe variant at the 2017 L.A. Auto Show. The long-awaited convertible i8 arrives with more power, an increased electric driving range, and new interior trims, as a part of the mid-life facelift and update of the i8 model by the Bavarian automaker. For the 2019 model year, BMW has fitted the i8 with a new lithium-ion battery pack with an increased 11.6-kilowatt-hour capacity. The bigger battery allows for a 12hp bump in peak power from the electric system bringing its output to 141hp and 184 lb-ft of torque. There is no change to the 1.5-liter turbocharged inline-three that makes 228hp and 236 lb-ft. In addition to adding power, the i8’s battery improvements also enable a longer all-electric range. The new i8 can travel up to 18 miles on electric-only mode, up from 15 miles with the old battery. 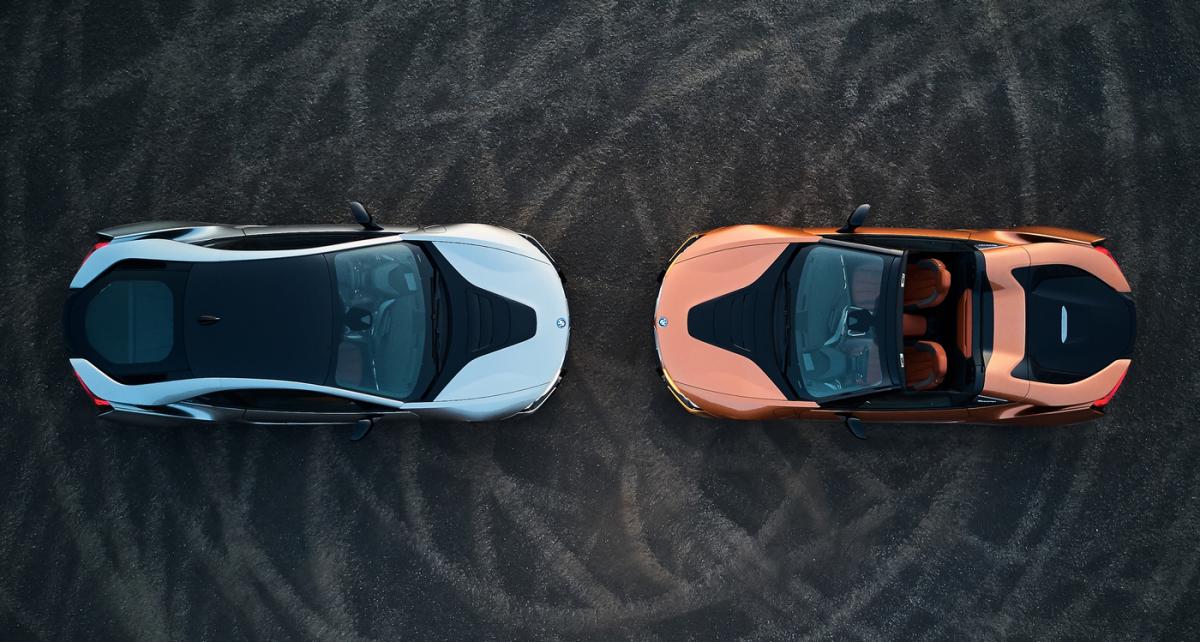 The i8 Roadster has a fabric top which is claimed to open in just 15sec at speeds up to 31mph. The German marque also says the inherent structural integrity of the i8’s carbon fiber-reinforced plastic and aluminum structure has helped to minimize weight gain for the new Roadster. The drop-top i8 is claimed to tip the scales just 132lbs over the coupé at 3513 lbs. Both cars also get 70 miles-per-gallon equivalent according to BMW. But that could change pending EPA tests. The 2019 i8 can accelerate from 0 to 60 mph in 4.2 seconds, and the heavier i8 Roadster is said to hit that speed in 4.4 seconds. As far as the top speed is concerned, it is electronically limited to 155 mph for both cars. The 2019 BMW i8 Roadster and coupe both go on sale next spring but the pricing is yet bot be announced. 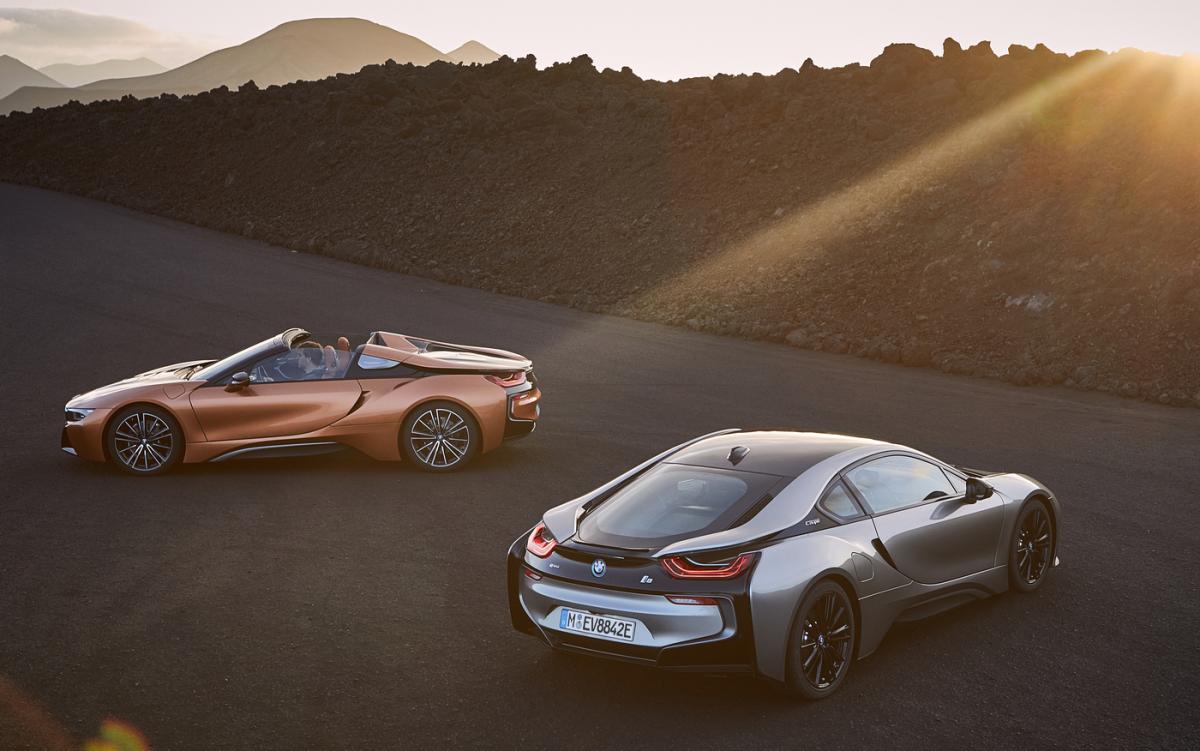 Tags from the story
BMW, LA-Auto-Show