Who says spending money is all about Swarovski jewels and Louis Vuitton totes; if you are flying from London Heathrow to Abu Dhabi and need to squander away some of your green notes, we urge you to take Etihad Airways. Live it up luxuriously in their mid-air penthouse at a mere $16,800 (Rs,10,00,000 approximately) 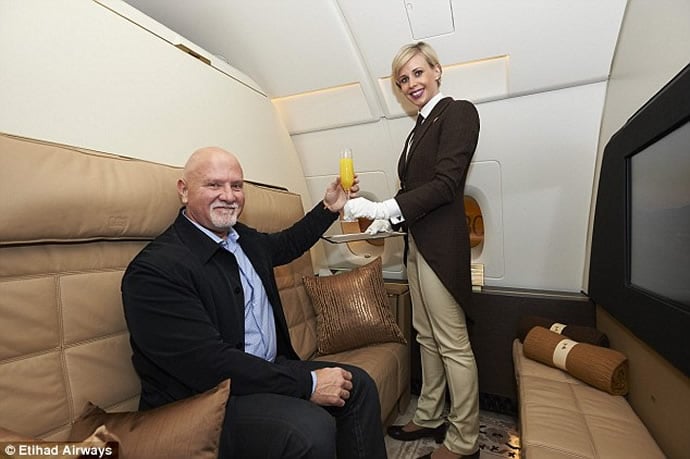 Miami businessman Gino Bertuccio is one of the world’s luckiest flyers – and one of the most thoughtful as well. The 52-year-old became the first person to fly Etihad in their extravagant three-room private suite and invited first class and economy class passengers to indulge in the experience.
If it were you or me, we would have simply pampered ourselves through the seven hour journey, feeling sympathetic towards the commoners in coach class. 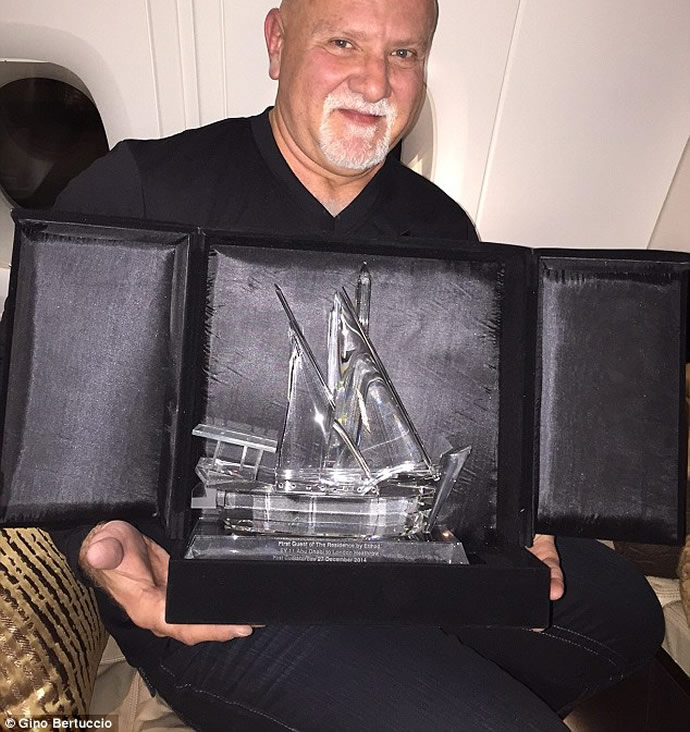 But Mr. Bertuccio wanted to give others a look inside the ultra-luxurious cabin. Before flight EY12 landed in Abu Dhabi he invited a passenger from economy, who was selected at random by the butler, to join him for breakfast. Mr Bertuccio, who owns an Italian cosmetic retailer, told MailOnline Travel: ‘I’ve been lucky enough to do this and I wanted to share it with someone. 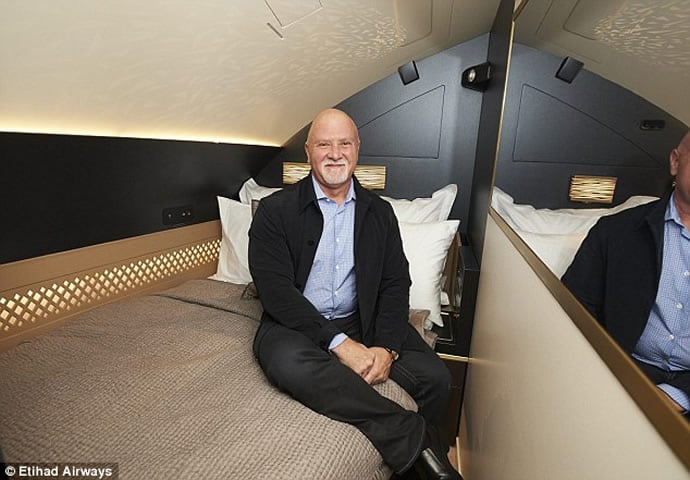 The Residence as they call it comprises of a spacious bedroom with a double bed, an en suite shower and a living room. The suite’s living room entails a 32 inch television, a leather sofa and a chilled mini bar. 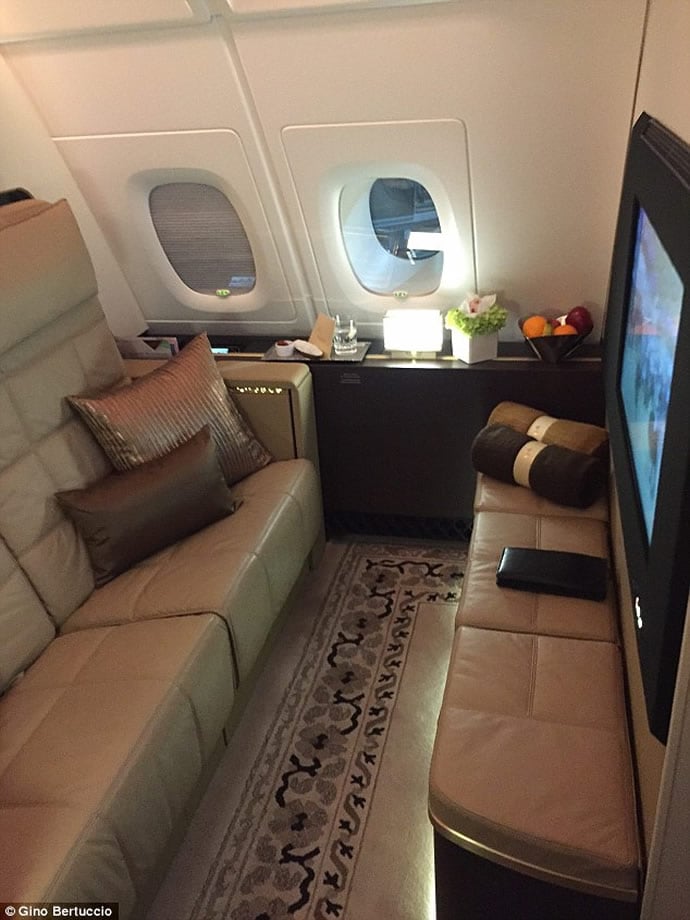 The Residence is the jewel of Etihad’s new Airbus A380 superjumbo jet, which made its inaugural commercial flight between London and Abu Dhabi on Saturday. The 125 square feet suite, which Etihad calls the world’s most exclusive airline seat, is the first of its kind and the only private cabin to come with a dedicated Savoy-trained butler. 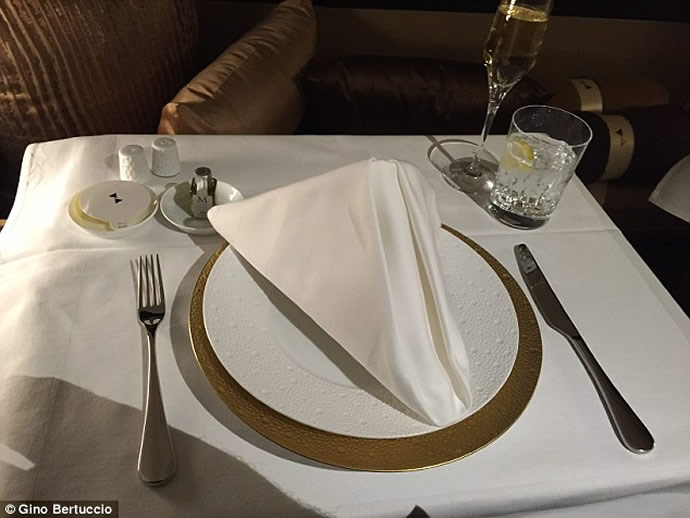 Mr. Bertuccio said: ‘It was kind of like a party. There were people coming in and out, taking pictures of The Residence and chatting and drinking. It was more like a socialising event.’ After that he had a 90-minute power nap before sitting down for breakfast. A short time later the plane landed in Abu Dhabi and the experience was over. 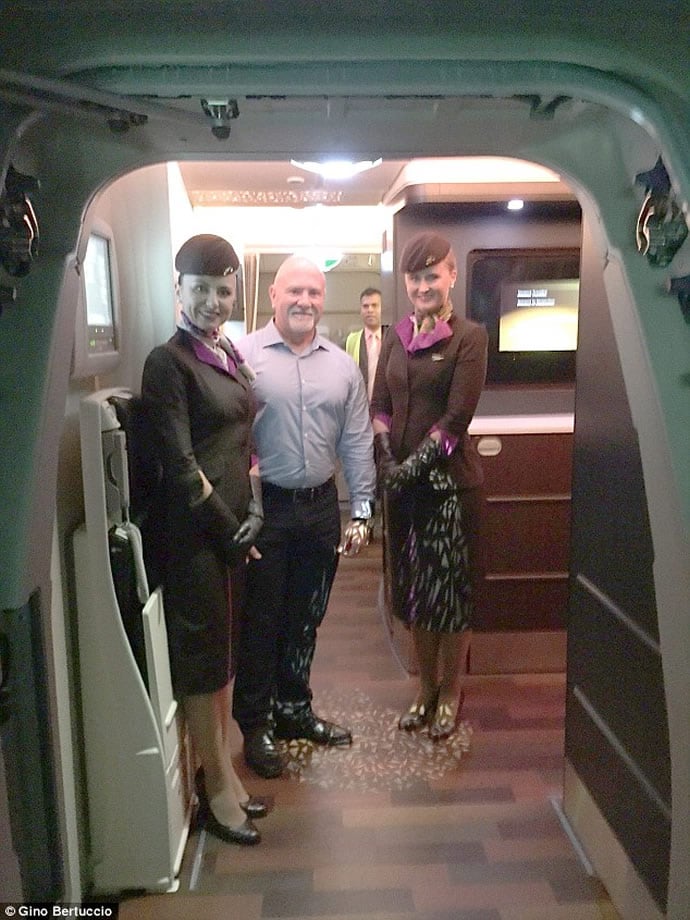 Mr Bertuccio, who is originally from Italy, is an avid collector of airline memorabilia and has travelled on 22 inaugural and final flights in premium class cabins in the last 25 years. He said nothing compared to flying in The Residence and he doesn’t know if he will experience anything that can top it, although he hopes to one day fly in the suite on a longer route. 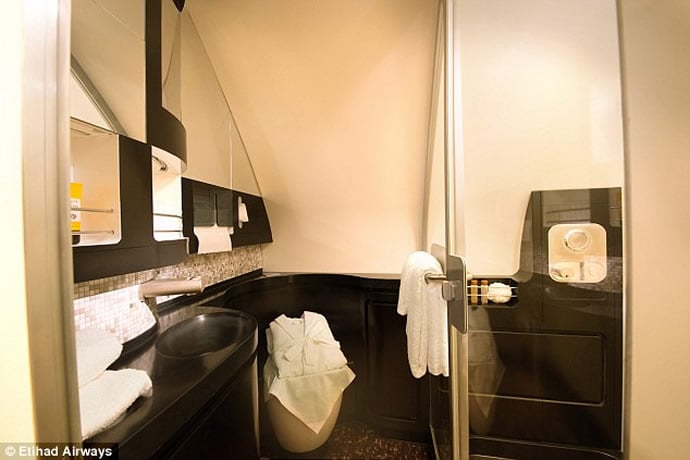 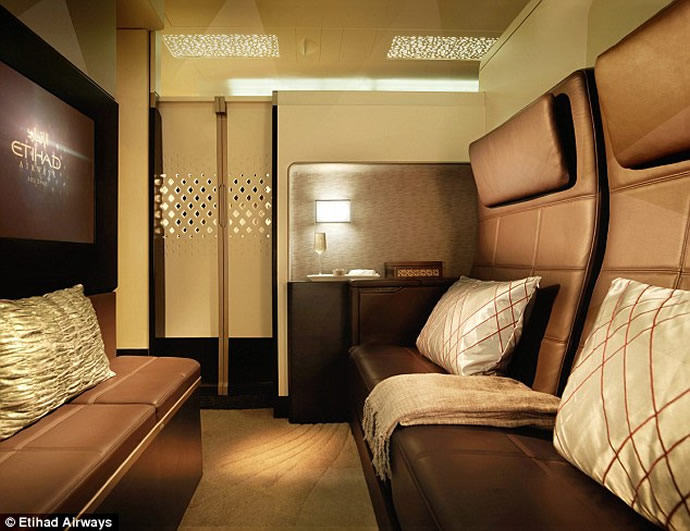