Dubai’s Mall of the World is getting a redesign. News goes that a newly-appointed COO was mighty upset with the project’s extravagant use of public space and pampering people by building an enclosed air-conditioned walkway. Some four kilometre long, may we add. The new redesign has adapted more environmentally-friendly walkways and shaded areas for folks to converse with nature; even if it is in an arid desert. Morgan Parker, the aforementioned chief operating officer, told a media that they were ‘avoiding the biggest of this and tallest of that’. What do you know! Initially, the plan was to have the world’s largest temperature-controlled city with 7km of air-conditioned pedestrian streets with retraceable roofs. Mr Parker slashed away the ‘est’ ambitions and has trimmed the spaces between the buildings so that it becomes walkable during summer. He believes that using air-conditioning for an entire development was not ‘financially viable’ and ‘not environmentally responsible’.


Hence, what was planned to be the world’s largest mall, will not be so. The new plan has split the project into three different malls that will be built in three different phases. A total of 9.15 million sq ft area will be covered including retail space (street shops and malls), 35 office buildings, and 8,000 residential spaces. Being located in the heart of the city, it will have 22 entrances and exits. The project is half financed by Dubai Holdings, while other investors are being sought. 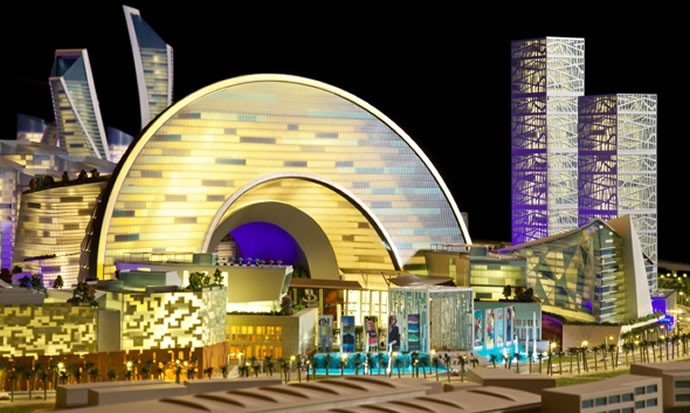 Tags from the story
Dubai, Malls