Georgia-based Gulfstream Aerospace has debuted its newest business jet, the Gulfstream G600, at the ongoing International Paris Air Show (June 17 to 23). The latest toy for billionaires recently completed its function and reliability testing, which is the final stage before FAA approval, and is planned to acquire its final certification early in the third quarter. “Both certification and entry into service are just around the corner,” Gulfstream president Mark Burns reported recently. “The rigor and discipline of our new G600 development program [are] unmatched.” The G600 flight-test program has completed close to 850 flights since the first aircraft flew is December 2016. The superwide-cabin, long-range business jet is on showcase as a static display at the air show where prospective buyers can step inside the cabin to check the interior and amenities on offer. The aircraft is joined by the super-midsize G280, large-cabin G550, and Gulfstream’s flagship G650ER. 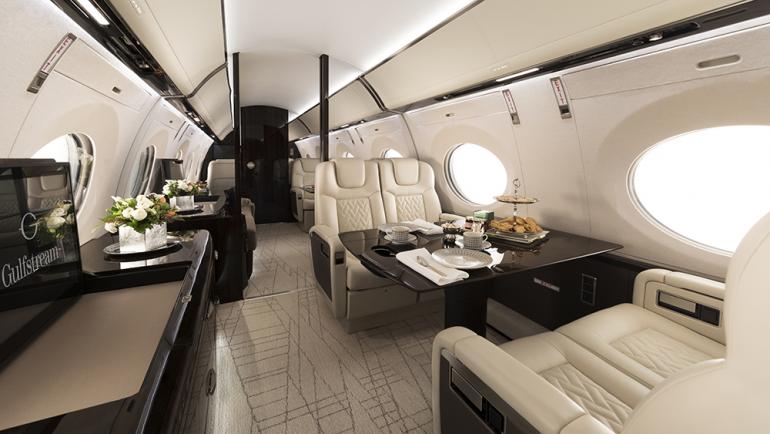 The cabin that measures 7-foot 11 inches wide and 45-foot, 2-inch long features three living areas, plus a crew rest space. It can seat up to 19 passengers while offer space for sleeping to 9 passengers. Buyers can choose from bamboo flooring or hand-woven carpets, as well as a myriad of colors and patterns for the upholstery. The aircraft features the Gulfstream Cabin Management System that controls lighting, window shades, temperature and entertainment features via touchscreen panels. While 14 big size windows make the cabin feel airy, a system that pumps fully fresh air every two minutes helps combat jet lag. The Gulfstream G600 has a maximum range of 6500 nautical miles which can be attainted at a speed of Mach 0.85 while carrying 8 passengers. However, the top speed of the business jet is Mach 0.9, at which it can cover 5500 nautical miles. The G600 has already broken 11 city-pair records; it can fly from Hong Kong to Vienna and Paris to Los Angeles. 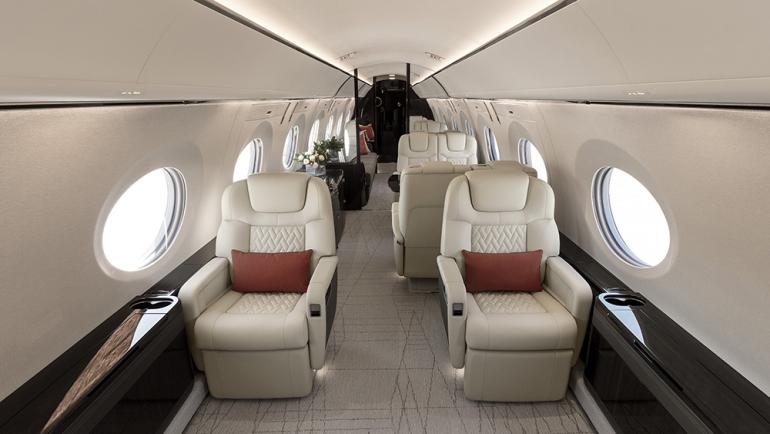