Boeing’s third generation 747 commercial jet, the 747-8, is the world’s longest passenger jet. The massive wide-body jet airliner can carry more than 450 passengers in a cabin 20 feet wide and more than 200 feet long. There are even reports that the next Air Force One will be based on a Boeing 747-8. Meanwhile, a company named Greenpoint Technologies, based in Kirkland, Washington, has rolled out a first-of-its kind 747-8 with a completely customized VIP interior. Built for an undisclosed private owner, Greenpoint took three long years to complete the jet. Using the massive space of the aircraft as a blank canvas, the company turned the $368 million Boeing 747-8 into a flying mega-yacht. 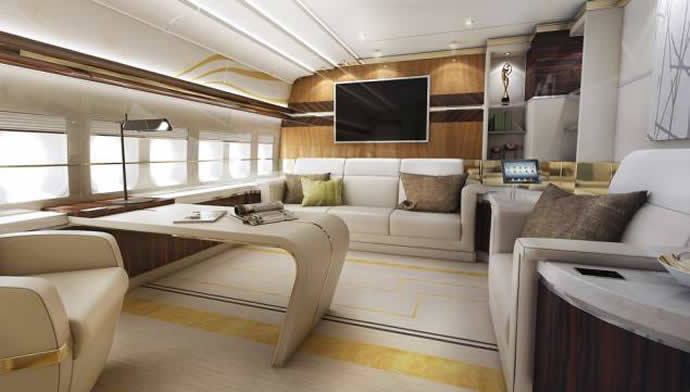 Greenpoint has released few details about it, declining to name the client or provide photos of the finished product. Instead, they have released some conceptual digital renderings that suggest what the interior might be like, showing a dining room, two spacious lounge areas, a master bedroom suite, a guest bedroom, and office space. The project was completed in December last year and though Greenpoint refused to disclosed how much its client paid for the interior work, however, according to reports, the owner spent in excess of $250 million to customize the 747-8. 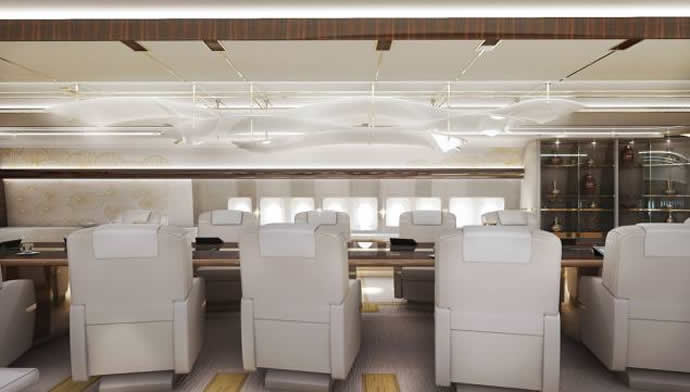 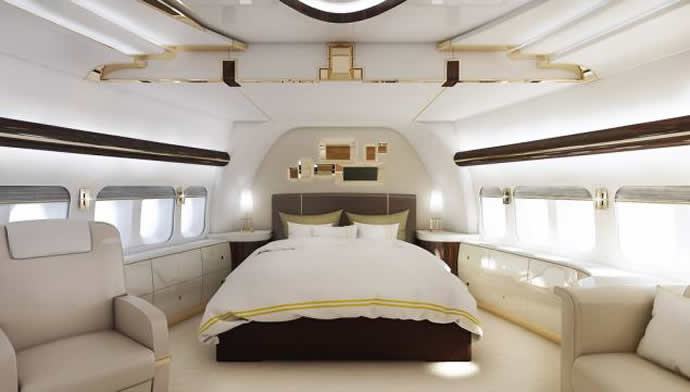 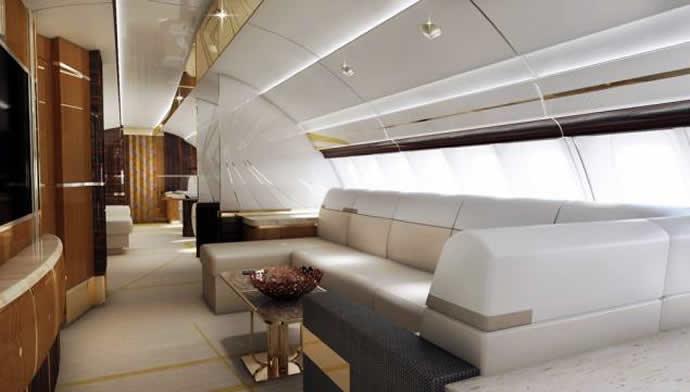 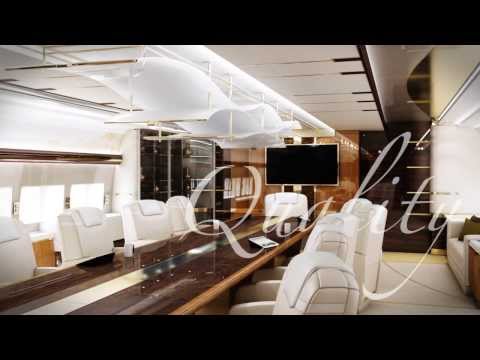