Continuing with the 50th-anniversary celebrations of the Royal Oak, Audemars Piguet has released a brand new commemorative piece called the Royal Oak RD#3. It features the classic 39mm Royal Oak “Jumbo” case with an automatic flying tourbillon movement housed inside for the first time ever. It was in 1972 when Audemars Piguet released the original Royal Oak ref. 5402 at the annual Swiss Watch Show which was later renamed BaselWorld. Penned by Gerald Genta, the avant-garde steel watch with a very disruptive design for its time was introduced when the whole Swiss luxury watch industry was going through a very difficult period, often referred to as the “quartz crisis.” But little did anyone know that the Audemars Piguet Royal Oak will go on to become one of the most iconic timepieces ever created. The new Audemars Piguet Royal Oak RD#3 is the perfect tribute to the icon. 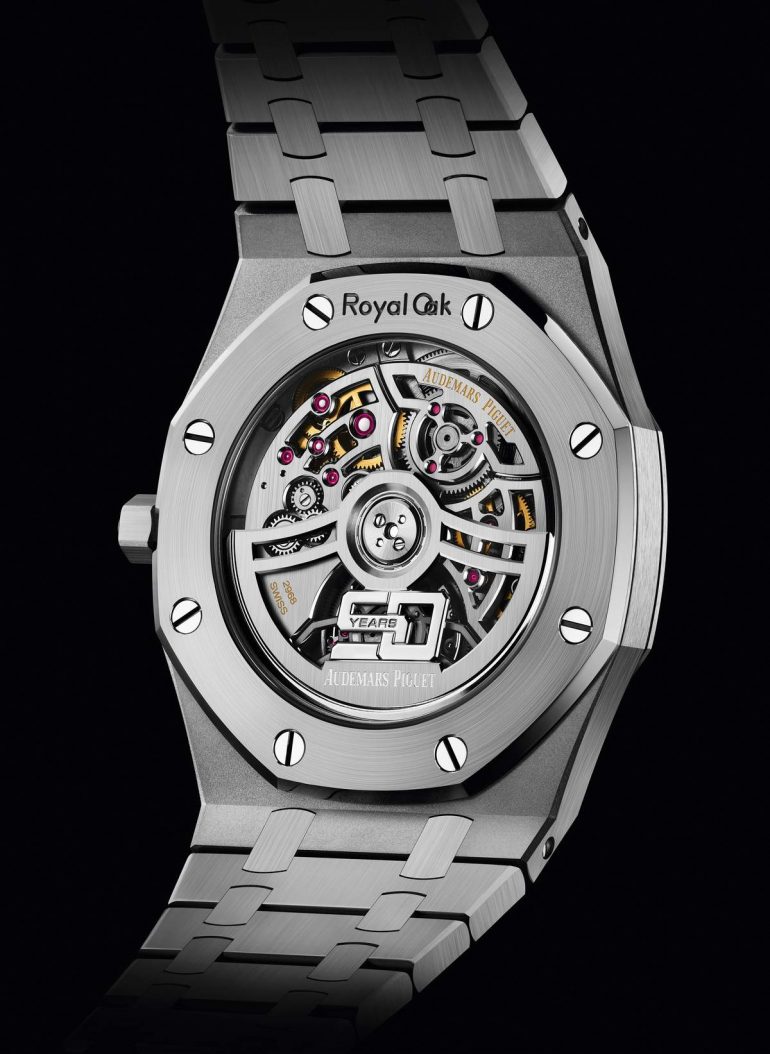 The RD in the name stands for research and development that points towards the watchmaker’s new ultra-thin Calibre 2968 movement that offers a power reserve of 50 hours and measures just 3.4mm thick. This allowed Audemars Piguet to make the Royal Oak RD#3 really sleek at just 8.1mm in thickness. According to the AP, the Calibre 2968 movement has been in development for 5 years and was created from the ground up with an all-new construction. Varies decorative techniques applied by AP to the movement make it even more unique, which can be seen from the sapphire crystal caseback. The skeleton rotor prominently commemorates the Royal Oak’s 50-year anniversary. 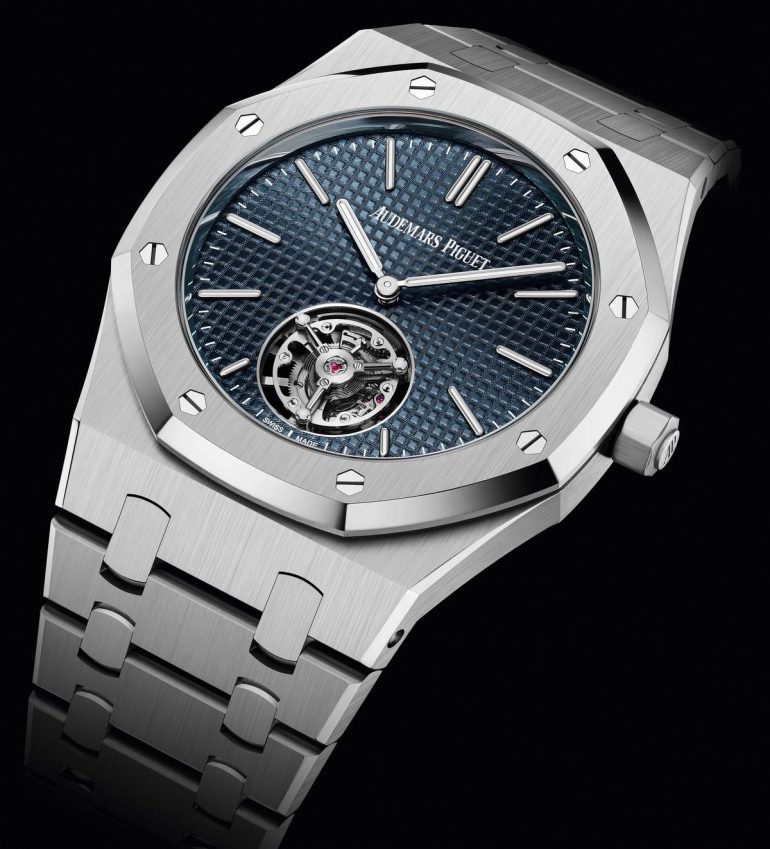 The design of the Royal Oak RD#3 harks back to the original model that debuted 50 years ago. It preserves the model’s signature design elements like the classic octagonal bezel, the integrated lugs, and the unguarded octagonal crown. The timepiece gets a Bleu Nuit, Nuage 50 Petite Tapisserie dial with white print logo and minute track along with the tourbillion window at 6 o’clock. The Audemars Piguet Royal Oak RD#3 is available now through authorized dealers, but the price hasn’t been revealed as of yet. AP has also announced that it will introduce a new 37mm version of this model with a new dial color later this year in September. 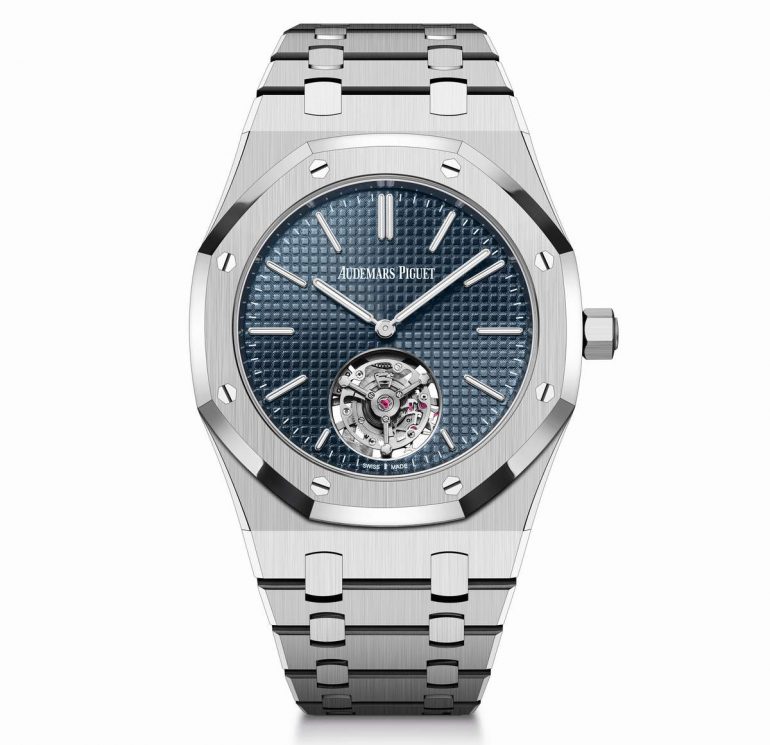 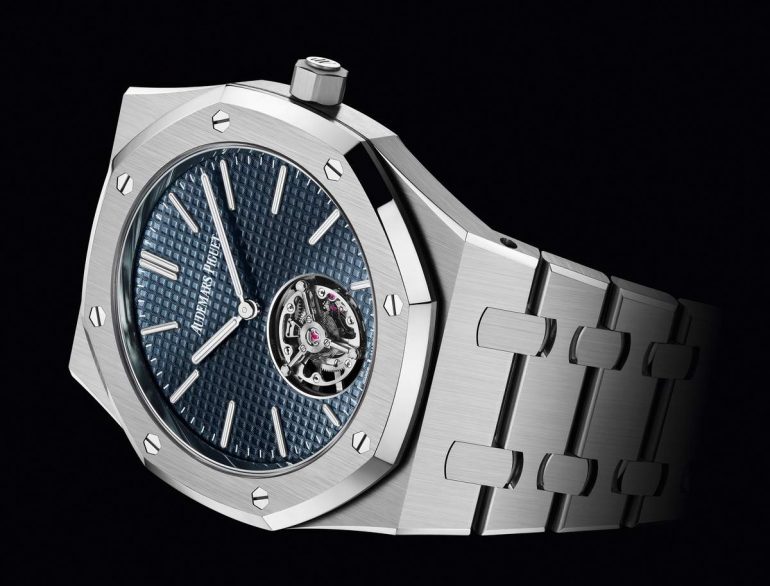 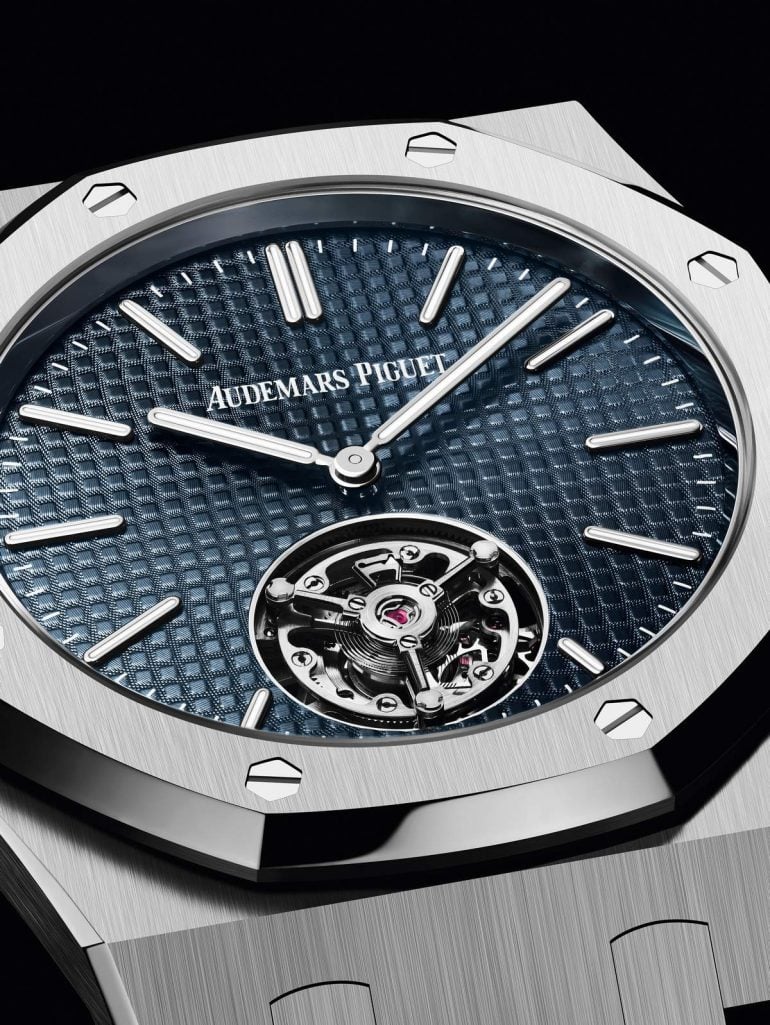