Earlier this year, Hermès Arceau Petite Lune celebrated the 35th anniversary of Arceau collection. Now the very same collection adds to its French horological heritage, the Arceau Lift flying tourbillon watch inspired by the prestigious premises of Hermès at 24, Rue du Faubourg Saint-Honoré in Paris. Crafted in the workshops of La Montre Hermès, the timepiece pays homage to the lift installed in the boutique in 1923. 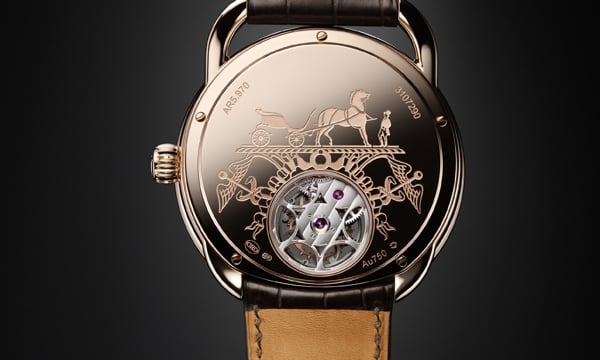 The striking double H was created in honor of the marriage of the founder’s grandson, Émile Hermès, to Julie Hollande and seen in the historical lift tops the tourbillon carriage and the barrel bridge. While the flying tourbillon ‘flies’ in stylish rotations, the second Lift motif above the barrel bridge remains serenely sedentary under the double H. Driven by a Calibre H1923, thus coined for the elevator’s year installed, Arceau Lift exhibits exceptional technical mastery combined with astute artistry. 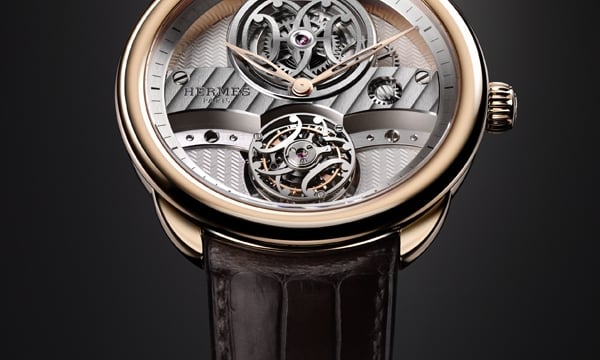 The beveling of bridges, wheels, and screws is entirely done by hand, while the 12 o’clock jewel surround as well as the double H is mirror-polished to majesty. An opening carved out in the back of the gold case bears the brilliant Hermès ex-libris. 176 of these timeless timekeepers, each fitted with an alligator strap and engraved with a unique individual number, irradiates rare chivalry. 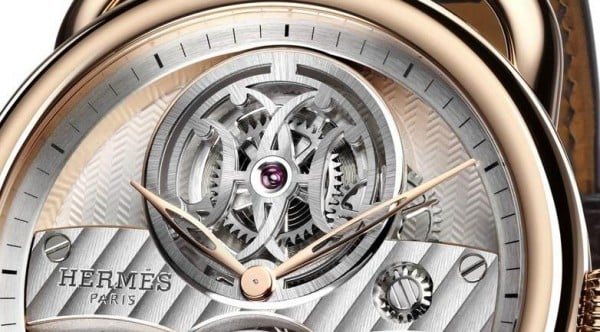