From the unorthodox Swiss watchmaker MB&F comes a new robot-clock as charming and complex as the last. The new creation is christened Balthazar and the brand has named him the big brother of their previous limited edition model Melchior. Like Melchior, Balthazar has been created in collaboration with L’Epée, the Swiss mechanical clock experts and features slow jumping hours (designed specifically so you don’t miss the “jump”) and sweeping minutes on his chest, powered by a mechanical “brain” which is visible under a transparent dome on their head (the movement is 1839 in house movement from L’Epée)


Balthazar runs for an impressive 35-day stretch and his eyes are always moving in a 20-second retrograde action. 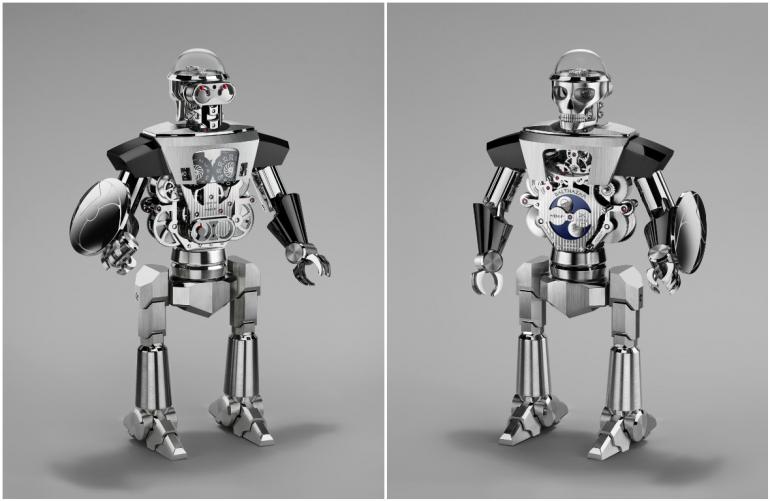 The robot weighs a hefty 8 kilograms and stands 40 centimeters tall with a body made up of 618 micro-engineered components. 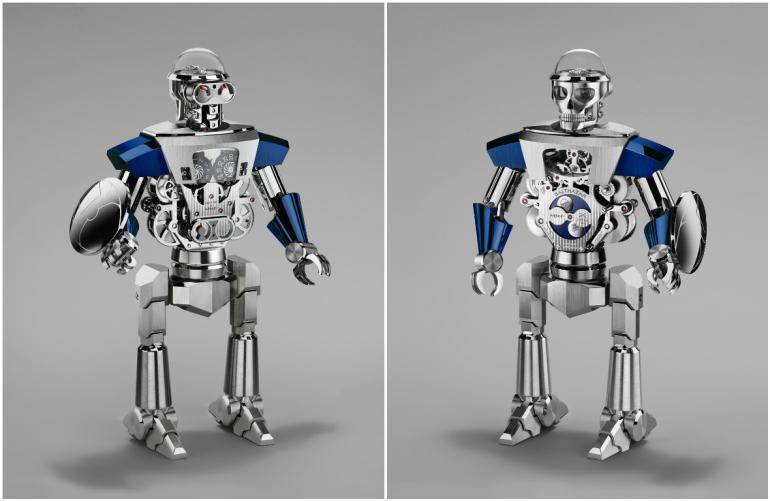 Balthazar also features a new complication in the form of a dual hemisphere moon phase indicator which is accurate for 122 years. 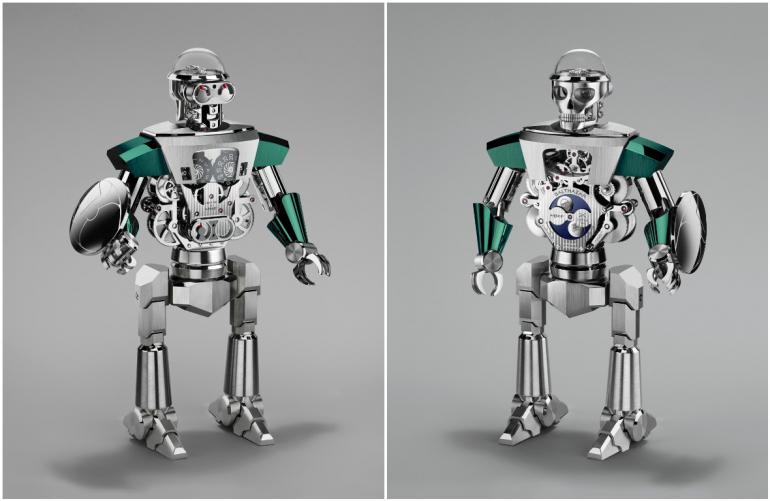 There’s more than just a smiling face to Balthazar though! This robot clock’s torso can be rotated to reveal a darker skull face with deep-set ruby-red eyes. 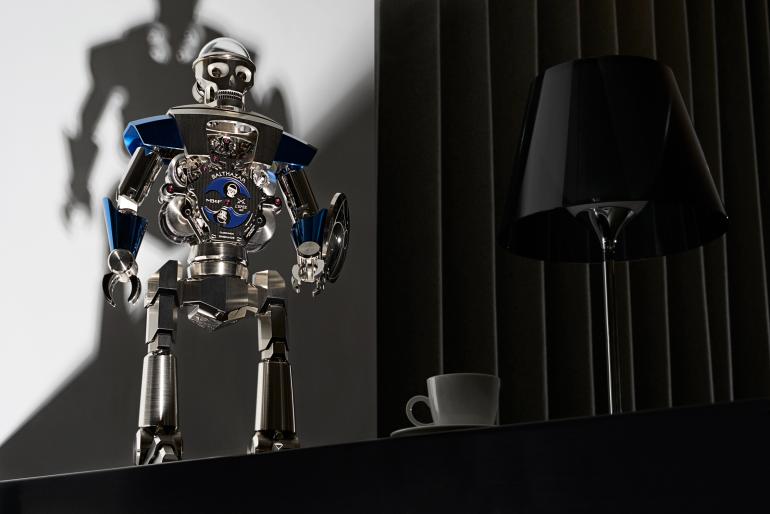 If beauty is in detail then Balthazar is a stunning spectacle with his Geneva waves, anglage, mirror polishes, sandblasting, circular and vertical satin finish that is usually seen on Haute Horlogerie wristwatches. And creating these finishes wasn’t an easy task! Just ask L’Epée CEO, Arnaud Nicolas. “It’s not simply a case of double the size of the components, double the time it takes to finish them. The complexity increases exponentially. For polishing, for example, you need to apply the same pressure as when finishing a watch movement but on a much larger surface. Any variation in that pressure will show up in the finishing, so a skilled and steady hand is required to apply uniform pressure,” he said.

And in case you were wondering where the name came from, here’s the interesting story straight from Maximilian Büsser of MB&F, “In the Büsser family, for over five centuries from the 1400s onwards, every eldest Büsser son was either called Melchior or Balthazar. It alternated. My grandfather was called Melchior and hated it, so he had everybody call him Max, which is how I became a Max. My grandfather hated the Melchior-Balthazar thing so much that he put an end to this 500-year-old tradition by calling my father Mario… Now, a century later, I happen to love the names, Melchior and Balthazar!”