Last Saturday marked the 50th anniversary of the 1969 Apollo 11 moon landing. The historic event is doubly special for Omega as the watchmaker’s Speedmaster timepiece etched its name in the history books by becoming the first watch to go to the moon. To celebrate the occasion, Omega has already revealed a limited edition Speedmaster along with launching the Speedmaster ‘First Omega In Space Met Edition’ over the last couple of weeks. But celebrations to mark this momentous year started in January this year when Omega announced the re-edition of the famous Lemania based caliber 321. Derived from the caliber 27 CHRO C12 that was developed in 1942, the caliber 321 was used in a number of Omega watches, including the very first Speedmaster wristwatch, the first Omega to go to space tied to the wrist of Walter “Wally” Schirra’s, and the original Moonwatch Ref. 105.012. Finally, exactly 50 years after humans stepped foot on the moon for the very first time, Omega announced the first watch to be equipped with a caliber 321 in five decades, the Speedmaster Moonwatch 321 Platinum.

The new Speedmaster Moonwatch 321 Platinum is very much a commemorative piece with the material for the sub-dials and the platinum and gold alloy used for the case. It features the iconic 42 mm diameter case just like the original Moonwatch Ref. 105.012 along with with the asymmetrical twisted lugs. The dial is in onyx and the indexes and hands are white gold (except for the central chronograph seconds hand), while the chronograph subdials are made from meteoric material that comes from the Moon itself. The watch also comes with a black ceramic bezel with a white enamel tachymeter scale. The hand-wound caliber 321 can be viewed the sapphire crystal caseback and the new Speedmaster Moonwatch 321 Platinum comes paired to a black alligator leather strap. Omega is yet to announce the pricing and availability of the special edition watch. 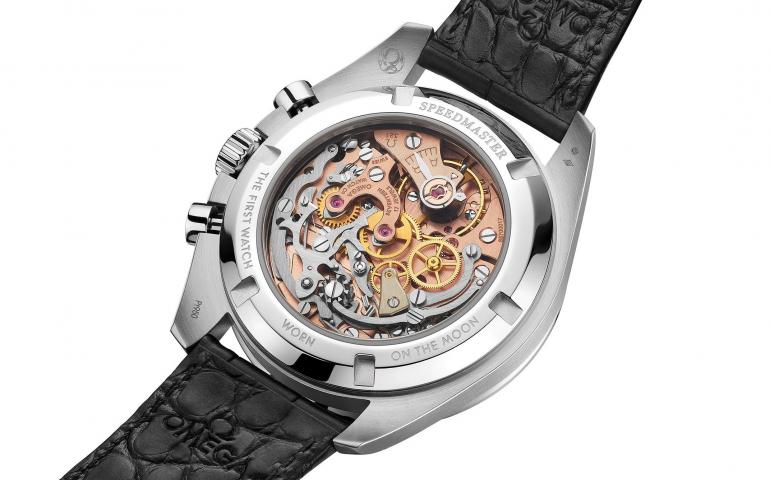 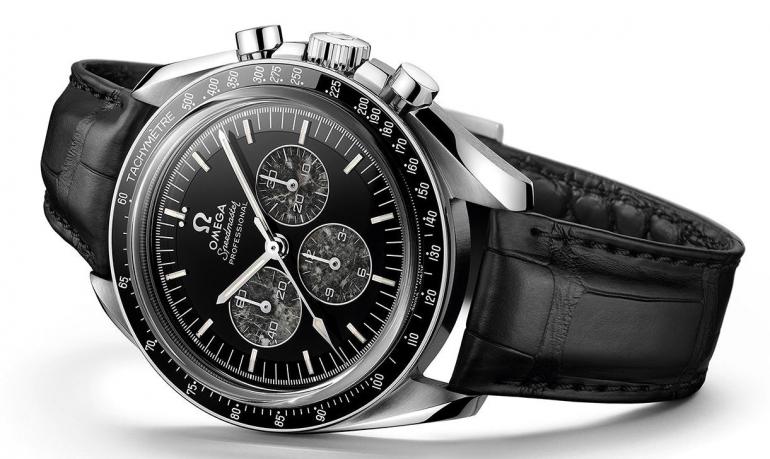