Swiss watch brand Parmigiani Fleurier was founded in the 1990s by Michael Parmigiani, a horologist who made his name restoring antique clocks and watches. His affinity for vintage watches is reflected in many of the brand’s timepieces that are heavily influenced by stunning creations from the past. The latest such example is the new Parmigiani Toric Capitole Rose Gold Brown, which is a modern reinterpretation in a wristwatch form of an early 19th-century pocket watch restored in the Parmigiani workshops. Introduced as a pre-SIHH 2019 reveal, the new timepiece features a “sector time display” and minute repeater. The name of the watch has been taken from the Capitolium in Rome, the religious and political heart of Ancient Rome. The geometrically spiraling floor tiles of the ancient structure are reproduced in the stunning pattern on the dial. 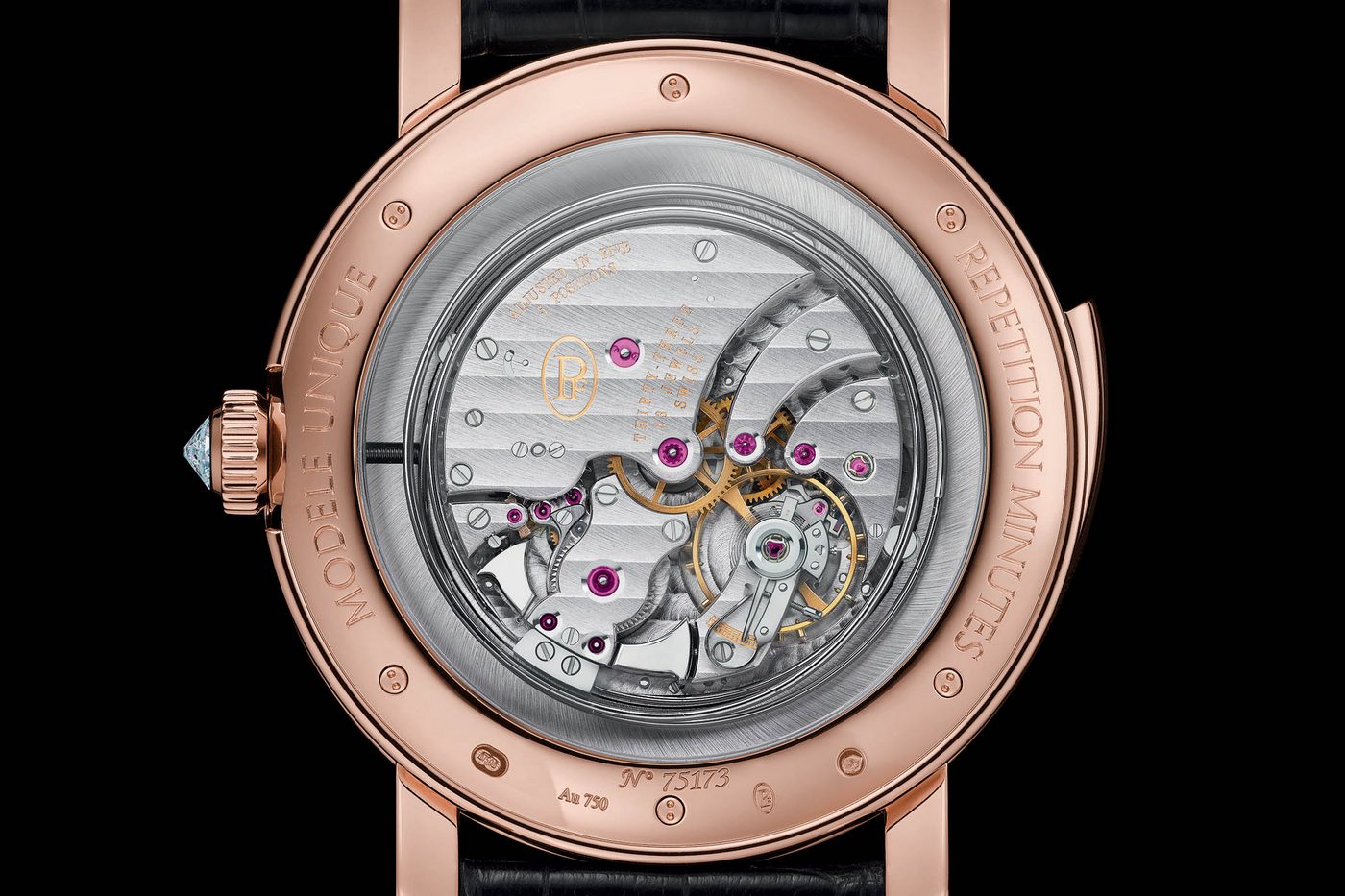 The 45mm case in 18k rose gold also features concentric engravings that are inspired by the Fibonacci sequence. The highlight of the watch is its display. Instead of traditional hands, it uses a combination of wandering hours and minutes on a track which is called sector-time indication. The watch is powered by the PF321 caliber movement, which features a module dedicated to the sector time display. The module is directly meshed with the hour wheel and incorporates a rotary system comprising three planetary gears with four arms, each end of which bears a numeral to indicate the hour. The minute track is displayed on the upper half of the dial in a semi-circle. The left side of the case has the trigger for the minute repeater complication. Parmigiani Fleurier chose to equip the watch with cathedral gongs, which are coiled twice around the movement. This amplifies the acoustic quality compared with a single set. The Parmigiani Toric Capitole Rose Gold Brown is a one-off which is priced at $390,000.