The Grand Seiko watches are truly special pieces that are inspired by Japanese culture, making them unique. The newest limited edition timepiece from the family, however, seeks inspiration from something grand indeed! The king of the monsters – the Godzilla. This year marks the 65th anniversary of Godzilla’s silver-screen debut, which went on to become a worldwide pop culture icon. 2019 also happens to mark the 20th anniversary of the Japanese brand’s Spring Drive movement, which can be found inside the limited edition Godzilla-themed watch by Seiko. The watch is similar to the SBGA403 piece that made its debut at the 2019 Baselworld and is also a part of the 20th-anniversary celebrations of Spring Drive technology. The unique 44.5mm case is made of high-intensity titanium and features a distinctive shape thanks to the short, faceted lugs which is accompanied by a black ceramic bezel marked with 60 minutes. 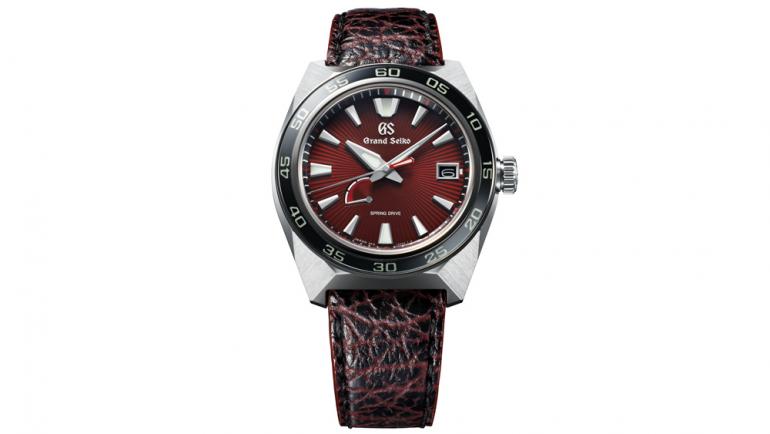 The dial of the watch features a rich burgundy-red color with a sunray pattern, which mimics Godzilla’s atomic heat beam that it shoots out from its mouth as its primary weapon. The dark red sharkskin strap of the watch, as you might have already guessed, re-creates the tone and rough texture of the monster’s skin. Turning the watch over reveals the sapphire caseback that has a black metalized illustration of Godzilla destroying the iconic Seiko clock tower. The limited-edition is powered by the caliber 9R15, which is known for its high shock and temperature resistance and a precision of 0.5 seconds per day. The new Grand Seiko watch is limited to just 650 pieces and is priced at $12,500 apiece.

Tags from the story
Seiko