When you think of famous timepieces, one of the first to flash in front of your eyes is probably a Rolex Daytona — maybe even a Daytona strapped to the wrist of Paul Newman. The actor, race car driver and philanthropist’s personal Daytona did recently sell for a cool $18-million, after all. But, the value of Daytona’s aren’t just tied to Newman memorabilia.

Today, vintage Daytona watches are not only extremely valuable, but highly sought after. And if you want to nab a new Daytona, you’re going to have to wait to be put on a waiting list that can take years and often, only if you’ve got an ‘in’ with the dealer.

So, if you’re looking for a watch that you can enjoy and show off but is also a solid investment, a pre-owned or vintage Rolex Daytona is a great choice. Not only has it accrued a timeless appeal, it’s one of the most collectible watches of the past century with a value that’s known for holding its ground or increasing. Here, we’ve rounded up the most valuable models you should consider investing in. 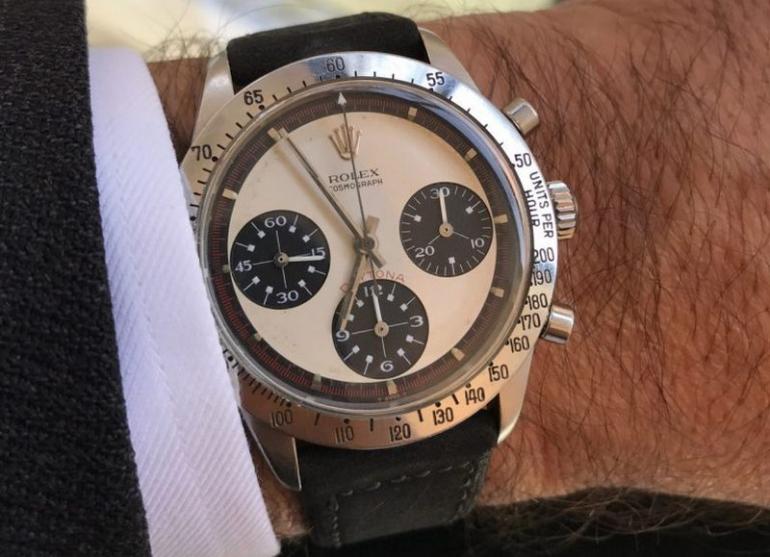 1. The original: A Rolex Daytona 6239
Technically, this isn’t a Daytona at all. When the 6239 was produced in 1963, Rolex was just breaking into the American market — it would be a whole year before the race-inspired watch would actually take on the name of the famous Florida track.

But what’s so special about this watch is the fact that it was the first time Rolex had ever used an inverse dial — giving the timepiece that fierce, masculine look. So even though it’s technically a predecessor to what we call a Daytona today, this watch set the stage for the timepiece that we’d all come to know and love. It’s also the model Paul Newman eventually made famous.

Getting your hands on a Rolex Daytona 6239 can be tricky, though. The market is competitive for these rare watches, and they’ll set you back tens of thousands of dollars, even more depending on the condition. But if you’re looking to make a serious investment, this is a watch to consider. 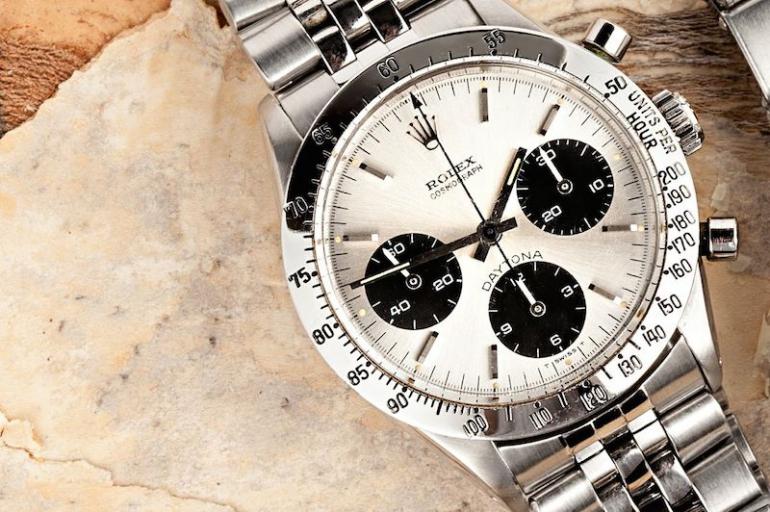 2. A Rare Find, Like: A Daytona 6262
In production for just a year in 1970, this is one of Rolex’s most rare timepieces ever produced. But what makes this watch special and highly collectible today is actually what brought on its own demise at the turn of the decade.

Stuck between the original Daytona’s and the Oyster case Daytona’s, the 6262 failed to gain popularity for its indulgent luxury and lack of durability. But, that’s not to say it’s a bad looking watch. It was outfitted with 17-jewels, luminous accents and even came in gold — today, only 30 are known to exist and those are considered amongst the brands most rare models.

Now, this is definitely an investment for cognoscenti — not a first-time buyer or someone who’s just looking to dabble. An investment in a 6262 is not only going to cost you serious cash, but you’re going to need a trusted dealer on your side to help you find one. If you do though, we see this as a great investment that’s most likely only going to continue increasing over time. 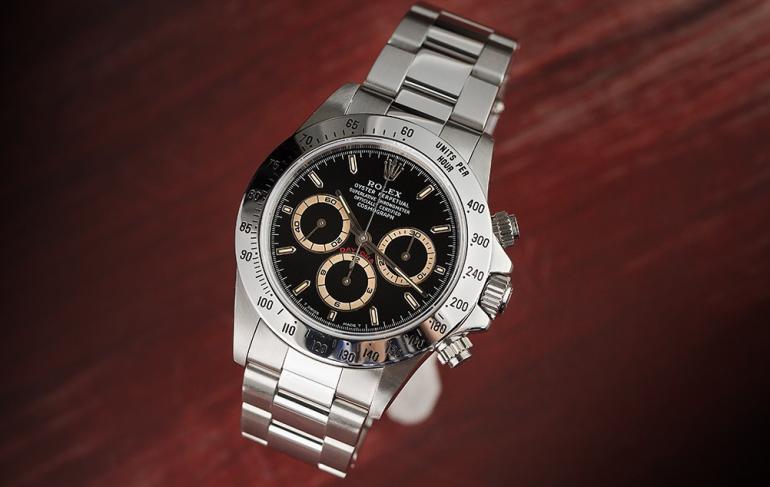 3. A Second Series: Daytona 16520
Released in 1988, the Rolex Daytona 16520 was one of the first watches to be released in the ‘second series’ of Daytona watches. The second series was released from 1988-2000, and you can verify them by their five-digit reference number (first series has four, and third series has six). During this time period, Rolex kept Daytona’s production exclusive — even amidst growing popularity — and updated them with cutting-edge technology alongside modern designs.

Because of their quality and relatively young age, these watches hold great value and you can often get them for better prices than first series. For this reason, we think this makes second series Daytona’s fantastic investments you can wear, love and enjoy as they hold or grow in value over the years.

We have a soft spot in particular for the The Daytona 16520, which was produced with a Zenith “El Primero” calibre 4030 self-winding movement, and the first scratch-resistant sapphire crystal and large 40mm casing. But what makes this reference number really special are the incredibly rare all-steel models. Today, it’s nearly impossible to get your hands on an all-steel Daytona, as the brand makes them exclusively for their most loyal clients. So, if you can manage to invest in a 16520 or an all-steel 16520, we think you’ll see the watch keep its value if not grow over the years to come.

Before you go, don’t forget to shop around and see what Daytona’s we have in the vault.