Donald Trump had an affair with adult star Stormy Daniels back in 2006. Nothing alarming about that! However, what is a matter of interest is the former adult star-turned-actress selling as NFT a gold-hued dress that she claims was worn the day she ‘went back to Trump’s suite.’ That day at the Lake Tahoe suite is also dubbed ‘the worst 90 seconds of my life’ by Daniels herself. Coming back to the NFT, it is the memoir of one of Trump’s many scandals, and something fans have just another day to get their hands on. The NFT of her holding the shimmering gold dress while she sits on a bed with white bedding, dressed in a short black dress and shiny heels, went up for auction at 5 p.m. on Friday.

The bid started at a measly $690 and has reached $11,069 at the time of writing (the winning bid being at $11500). The winner won’t just get his hands on the NFT that Donald Trump tried to stop, but the gold dress itself. For obvious reasons, Trump denied all allegations of an affair with Daniels. She, however, had a detailed saga to recite. “I changed into the dress and went to meeting him for dinner,’ she exclusively told Input Magazine. ‘So I changed into a little cocktail dress and went to meet him for dinner. It’s a little gold cocktail dress that I bought from Marciano.’ She continued, ‘I have no way of proving that that’s the dress I had on that night. There were witnesses that saw me in it, but I don’t know if they’ll ever speak up. But it’s the actual dress.’ 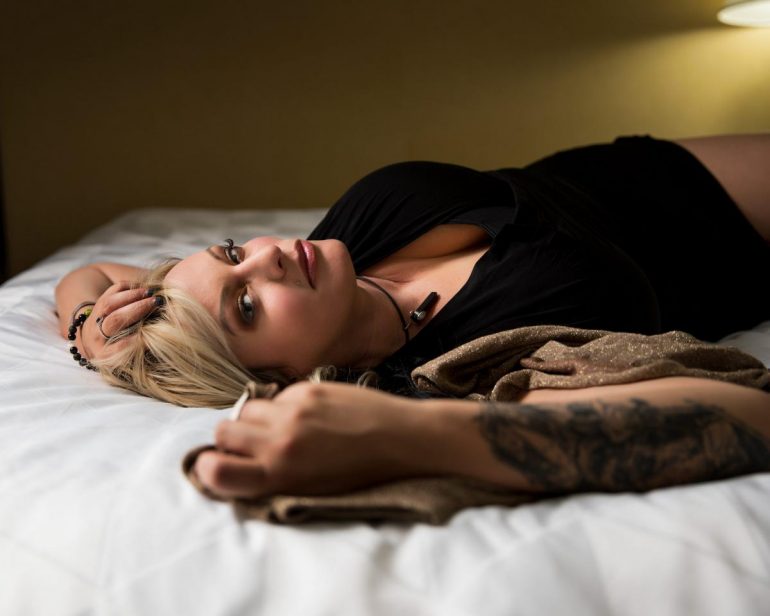 In addition to the gold dress, Stormy Daniels will also be auctioning off her Vogue and SNL dresses, but NFTs for those aren’t yet available. The highest NFT bidder, Ben_xxxNifty, has already bid six times, and one other user, markoxx24, has bid eight times. The NFT can be a lucrative investment, especially if Trump comes back to run for President. He might buy it off the owner for three times the price, considering he did try to stop the auction of the NFT, attesting that he cares.

Tags from the story
Donald-Trump, NFT