Till an official release is made the Samsung Galaxy Z Flip will only be a rumor for us till proven otherwise. But on the other hand, we do believe there is no smoke without fire and from what we have learned, things are going to get very exciting. The yet-to-be-announced phone is already leaked with a smashing makeover from Caviar. Caviar is a company that creates luxury versions of hot smartphones by decking them in exquisite plating` and engravings. Before you have seen the Galaxy z Flip in its original avatar, you will get a golden glimpse of the design of the phone. Certain features are revealed too like the dual cameras with a small ticker screen on the outside, the hinge operation, and the lack of a headphone jack. Samsung Galaxy Z Flip will be officially unveiled on Tuesday 11 February during the Galaxy Unpacked event. The case is covered with 999 gold using Double Electroplated technologies and decorated with embossed engraving in the form of card suits. 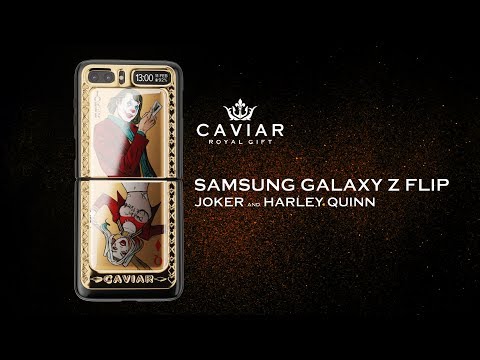 We know for sure that if you fancy the Joker/Harley Quinn-theme glistening model, damage of $5,210 is definitely on the cards. There are two other versions available, one with a much less cool carbon-shaped titanium plating ($5,690), and one with patterned gold plating ($6,000). Also, the fancy models are a limited edition of 54 pieces, inspired by the number of playing cards in the classic joker deck. 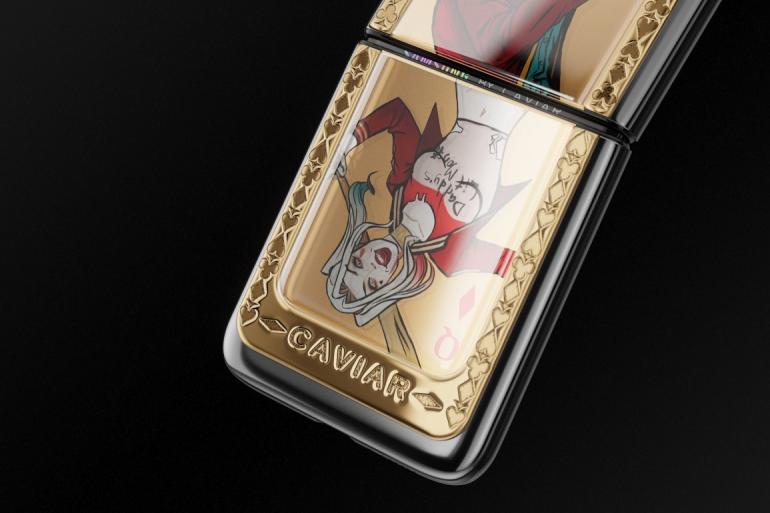 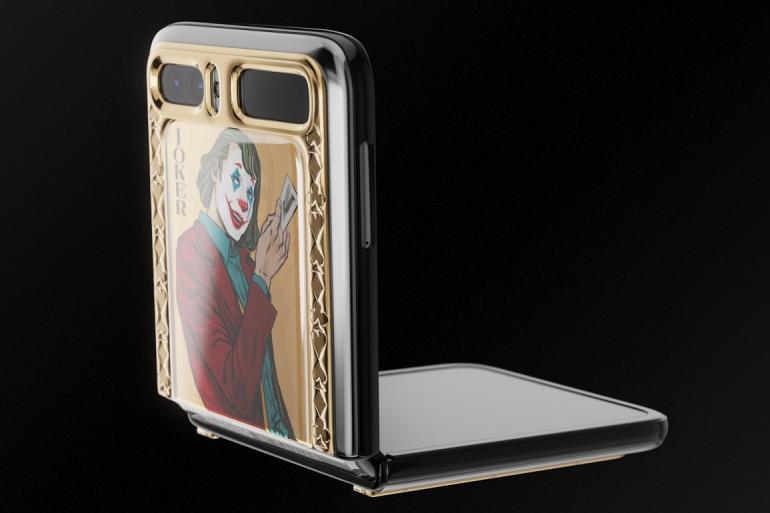 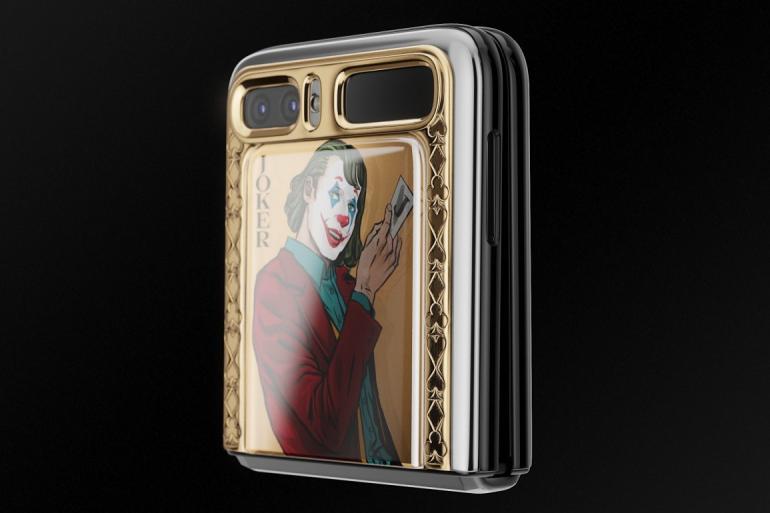 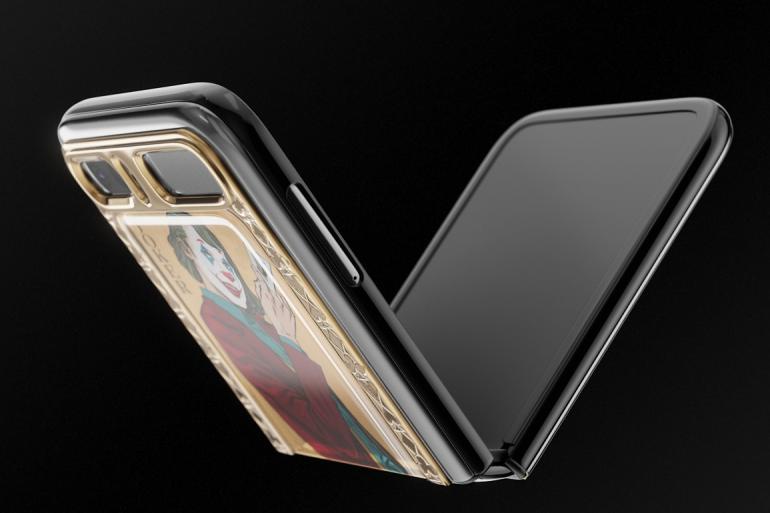 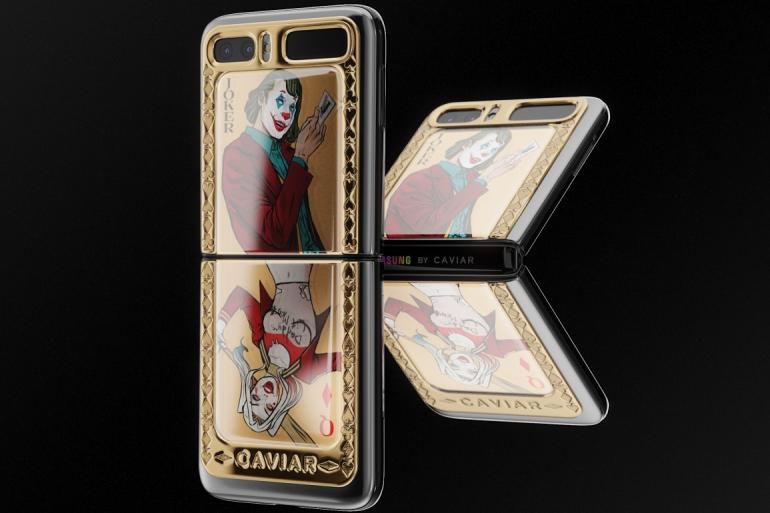