The luxury handset market has been single-handedly dominated by Vertu for a long time now. Porsche Design and Tag Heuer have dipped their hands in this space but failed to make a dent. An Israeli start-up plans to change that; Sirin Labs just launched the ‘Solarin,’ a high-end Android smartphone which the company is touting as the ‘Rolls Royce of Smartphones.’ Aimed at 1%, the $14,000 has some strong specifications. A 24-megapixel camera with laser autofocus, 5.5 inches 2K IPS display, fingerprint sensor, a speedy 8 core Qualcomm processor, 4 gigs of RAM, 128 GB of storage, 4000 mAh battery, waterproofing, etc. All of this can be enclosed in a case of your choice – Fibre Black Carbon Titanium, Fibre Black Carbon DLC, Fibre Black Carbon Yellow Gold, and Crystal White Carbon DLC.


It is not the hardware or the exotic materials that Sirin Labs is focusing on, in fact you would not find any bling on the phone. Its security and in a post Snowden era the company is promising ‘the most advanced privacy technology available outside the agency world’. Along with protection from network host based attacks the phone also offer email encryption and chip level 256 bit end to end VoIP call encryption.

Unfortunately Solarin lacks a concierge service, a service that separated Vertu from the rest. A single point contact just a phone call or a tap away. Maybe the company would introduce it later as an add on, but for now it is just the above specifications and military grade encryption that tries to justify the $14,000 price tag. The Solarin is available online and at the company’s newly opened boutique at Mayfair, London. 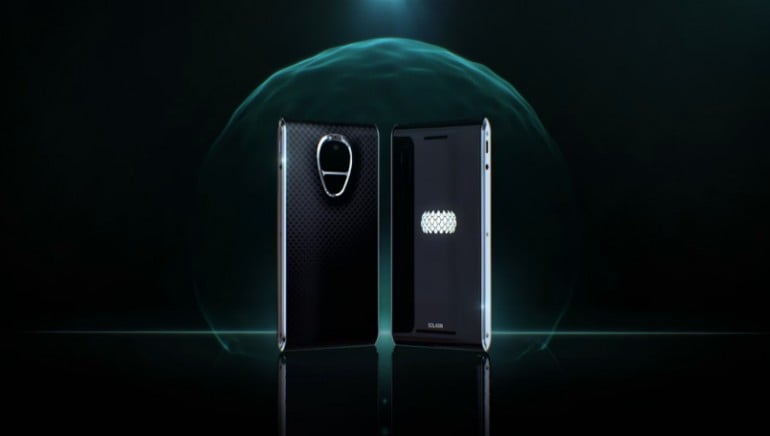