We are very close to the launch of the new iPhone 12, which is expected to happen in mid-October, and we already have several customized limited-edition versions based on the upcoming Apple smartphone hit the internet. After revealing the iPhone 12 Pro Space Odyssey Collection, the Russian company has come up with a super nostalgic edition that’ll definitely attract geeks with deep pockets. The unique limited edition phone is themed after the storied Apple 1 – the very first personal computer by Apple that was released over 40 years ago. The Russian customization company is famous for using some of the rarest and most expensive materials to embellish their handsets. However, their latest creation is completely different in that sense as it features a design that is a direct tribute to Apple 1.

Apple 1 was originally created by Steve Wozniak for personal use, but Steve Jobs saw an opportunity to sell it as a PC, and that’s how the Apple 1 was born. It had a very bare-bones, functional built with a wooden housing, a microprocessor, and a keyboard. The iPhone 12 Pro Apple 1 Collection from Caviar has two editions; both of them get a wooden backplate that is said to be identical to the unique housing of the Apple 1 PC. Additionally, they also feature Apple’s original logo etched on the wooden panel. That’s were the similarities end for the two different variants. The more expensive version gets a miniature glossy titanium display integrated into the panel with the accompanying ‘Hello World’ program from the Apple 1. Just below are keyboard buttons that spell out the word ‘Computer’ and feature the same font style as the one found on the original Apple 1. To top it all, Caviar has also added a piece motherboard sourced from an original Apple 1 PC. Only 9 units will be made that will cost $9990 for the 128GB version of the iPhone 12 Pro. For the iPhone 12 Pro Max, prices start at $ 10,460. The more affordable iPhone 12 Pro Apple 1 Lite version gets a rather clean design and only gets the original Apple logo along with a tiny fragment of the Apple 1 motherboard. The prices start at $4990 for this edition. 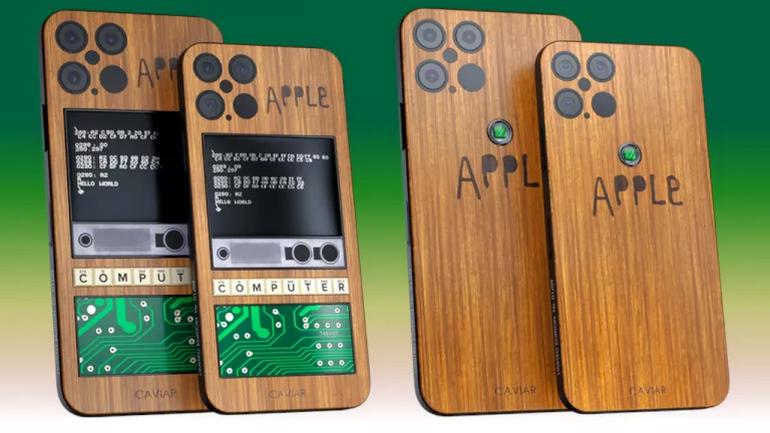 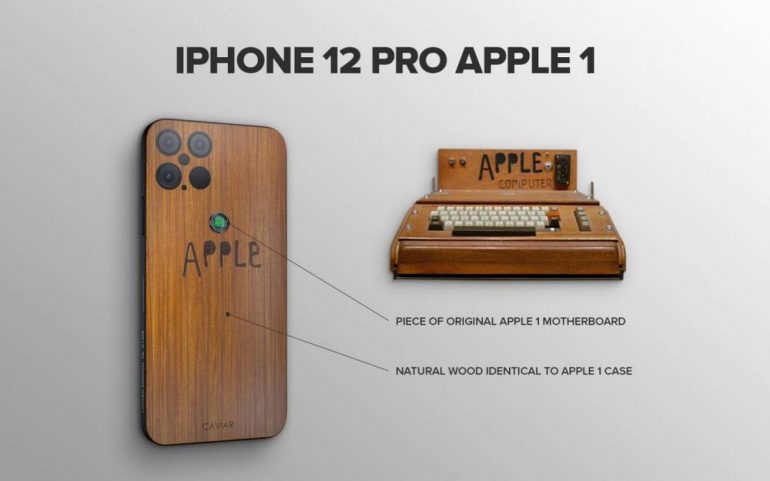 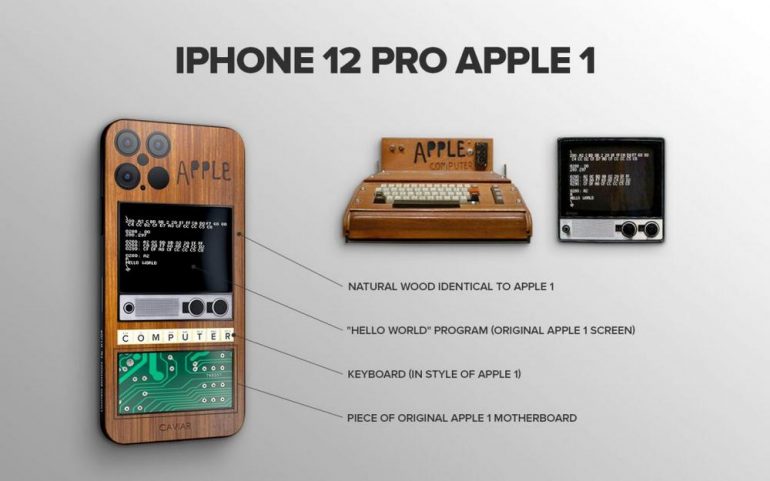 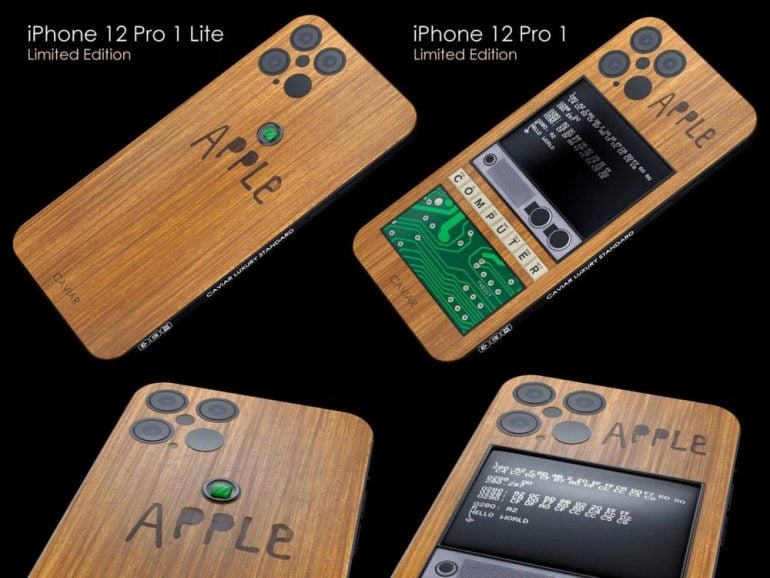