Fans of the Bond series can now unleash their inner 007s. This is gadgetry fantastique! The makers of Bedbunker bring to us the latest, Couchbunker, a couch-cum-safe space that is capable of housing up to 40 rifles and ammunition. Yeah, like that’s all. Pfft! Oh, wait! There is also that thing about the cushions being bulletproof, which comes optionally with the couch and will stop even a .44 Magnum point-blank. So while there has been the odd opulent gun-safe, this latest offering would make any Bond worth his weight in trick tools drool. “You notice it looks like a normal sofa. But open up the lid, and you have a concealed gun safe. No one knows it’s there,” said Brian  Poitevent, who works for the company manufacturing the Couchbunker. The military marvel was on display at the Hunters Extravaganza in Fort Worth. 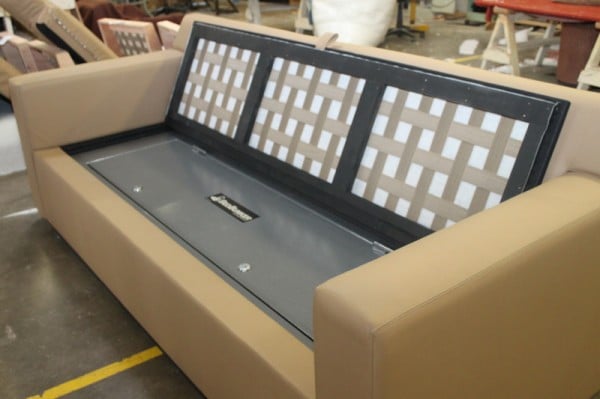 Starting at a whopping $7,000, the Couchbunker is expensive, to say the least, but then again, for a couch maybe. One can’t really put a price tag on this comfortable artillery-cavity, which could be the best bet on any season premiere or enemy invasion alike. 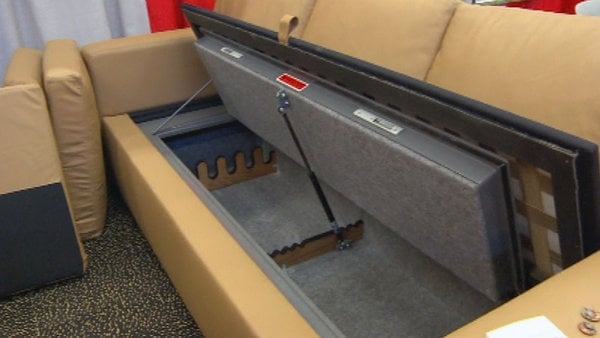 “I had an e-mail this morning from Abu Dhabi, and they wanted a quote on 16 of these,” said John Adrian, the inventor. So, there clearly is a lot of worth and a lot of purchase-worthy interest as well!

[Via – Wfaa and Gizmodo]

Tags from the story
Bulletproof, coach