As per Oxford dictionary “Masterpiece: A work of outstanding artistry, skill, or workmanship” & the designers at Triumph took the word way too seriously. They took an outstanding parallel twin engine & fitted it into a classic design which can’t go wrong by any chance & then renamed it after a World War 2 era airfield which later transformed into a race circuit Thruxton. 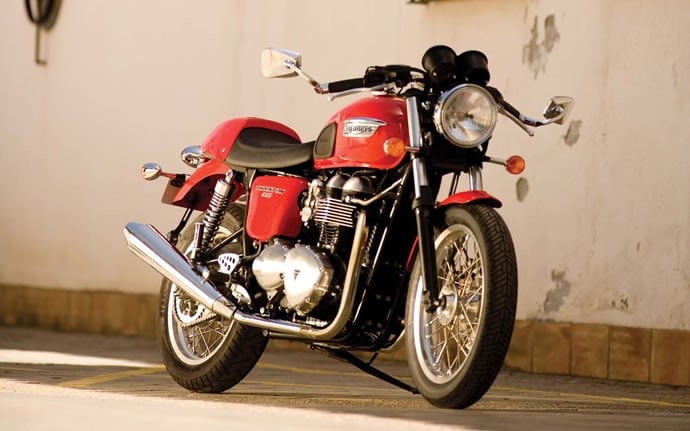 Styling:
Launched way back in 2004, The Triumph Thruxton has gone through multiple changes but the basic flavour of the bike remains the same. The café racer styling is what the Thurxton is based on & over the period of time it has aged very gracefully. The components doesn’t feel old due its regular updates like for example; the fuel injection has been moulded to give an appearance of a pair of carburettors or the double overhead camshafts despite what looks like a pushrod tube at the front of the engine, just like the café racers of the 60s used to have. The Thruxton is elegantly covered with sports stripes running through its tank to the rear end and a typical single-seat camouflaged with a cowl otherwise allowing a pillion too but then I guess we motorcyclists doesn’t believe in sharing & caring until forced by the superpower called Marriage. What is interesting to see is that though it’s a normal for café racers to have clip-ons handle bars but this critter comes with company fitted ACE handlebars adulated by classic bar end mirrors. 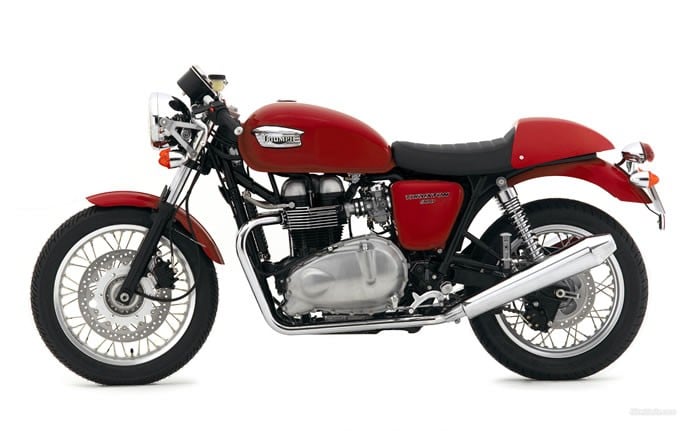 The speedo is a benign mix of analogue & digital information. What I personally missed is a better fuel gauge. The Stainless steel headers, twin chromed upswept silencers are the same which you get with the Bournevilles but I would have like the ones which comes with the T100. 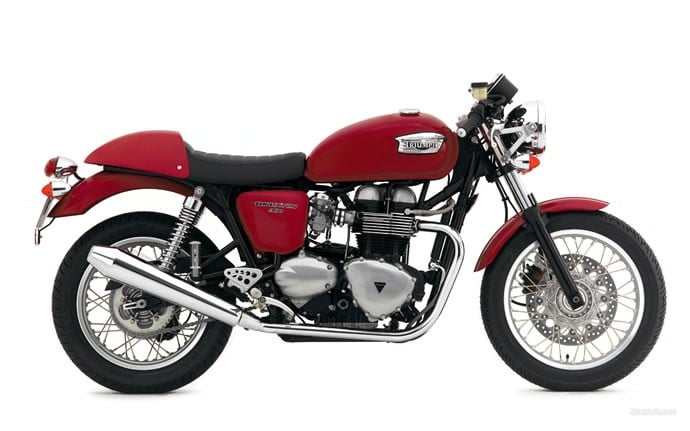 Engine:
As I mentioned at the outset of the review, that it’s one of the preeminent parallel twin engine in the world & that’s one of the main reason which has enabled Triumph to sell thousands of Bournevilles in the past. The 865 cc engine is practical from the word go & but that doesn’t take away any pride from the motorcycle at all. With 61 hp of power & 61NM of torque the bike just glide pasts everything once the tachometer starts climbing north. Once past 3000 rpm you can easily cruise on the highway with the speedo clicking on triple digit numbers with zero vibrations. According to Triumph, the fuelling is electronically controlled which keep the throttle response under control to a level but then this what sometimes electronics can do to you. 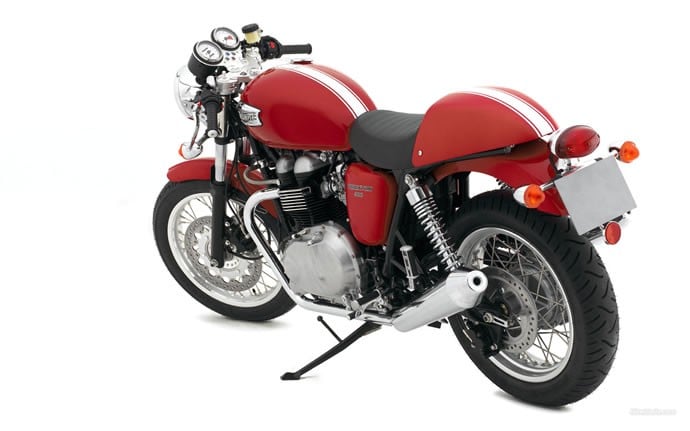 Handling:
The Thruxton comes fitted with the same steel tubular chassis which comes with the Bournevilles which makes handling quite easy & which again adds to the practicality of the machine. One thing which made the Thruxton a hero was that it accepts a new rider quite easily & the rider is also at ease from the first minute. A female friend of mine who rides a 500 cc Royal Enfield was quite comfortable with the bike within minutes after she hoped on to it. Though a café racer, much attention have been paid to the riding position, not a mean position to ride but certainly it takes some time for anyone who is not habituated to these posture. One thing she mentioned that the front is little heavy as compared to other café racers she has ridden in the past to which later I realised that there was a small issue with the forks. The switches are well within reach & not too clustered. The only thing I missed are hazard lights but then again it’s a personal choice. The tyres are fitted on a wire spoked with aluminium alloy rims & the Metzelers are again best in what they are known for; as sticky as Spiderman (can’t imagine a grumpy German Spiderman) & they complement the braking like Batman & Robin. 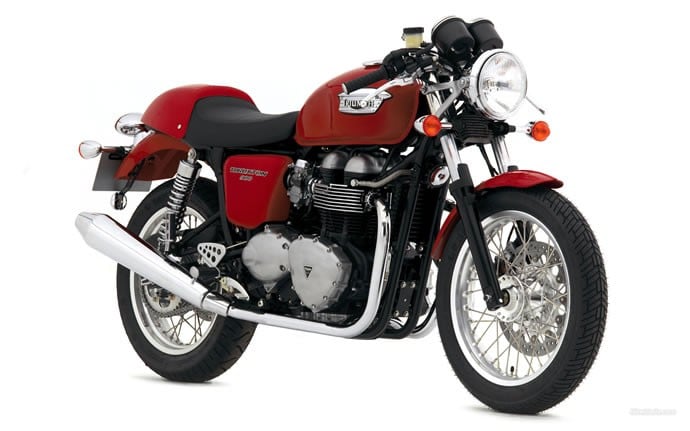 The shifting is very smooth & often you wouldn’t mind to shift without using the clutch. Full marks for its agility & fuel range but then if I have to do nit-picking about the bike it would be the overall range of the headlight at pitch dark conditions.

We all know that most of the street dogs & cattle’s are equipped with Tapetum Lucidum (Please Google) but then every now & then our Municipal Corporations loves to be on a road digging expeditions which can be fateful.
Reviewing such classics gets very difficult sometimes & especially if it is a British Motorcycle. So much to brag about & get addicted to. The worst part is to handover the keys back to the triumph officials.

Like:
Design, Fuelling, Practicality.
Dislike:
Turning Radius, Headlights.
Price: The ex-showroom price of Triumph Thruxton is INR. 7, 54,740 just over a lakh for what you get a Bourneville for.