This week in Mumbai we are celebrating the art of learning. As Robert E. Lee once said, “The education of a man is never completed until he dies,” and we find it hard to disagree. This week, learn the tips and tricks of quintessential Italian cooking from Masterchef Vicky Ratnani or attend a two-day workshop with Bharatnatyam legend, CV Chandrasekhar. You can even learn all about the nuances of the 1942 American classic, “The Magnificent Ambersons” along with Rohan Sabharwal as well as understand all the intricacies of South Indian cuisine at The Orchid. We recommend you take a respite from all the learning by catching a satire at Prithvi but even that, eventually, in its own twisted, funny-bone-tickling way, educate you on the shambles we find our society in these days. There’s no end to learning, eh? Whatever you choose to do this week, remember to learn new things and have a blast while doing it. Don’t worry; we’re not giving you any homework! 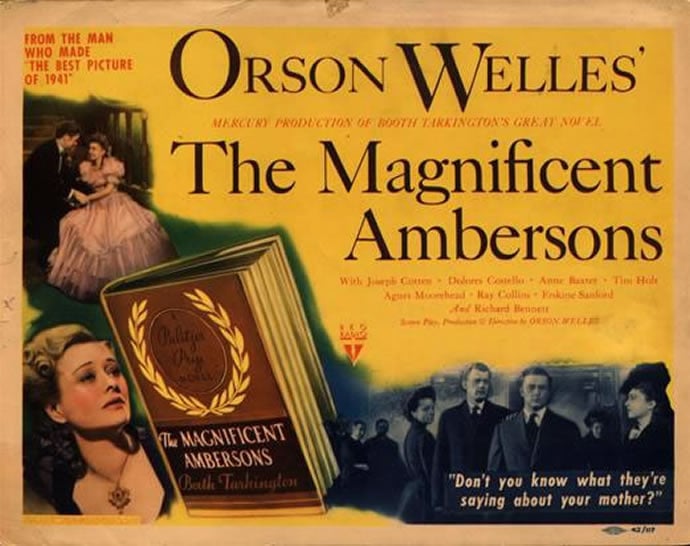 The Magnificent Ambersons
“The Magnificent Ambersons” is a movie that will go down in history as one of America’s finest. Directed by Orson Welles of Citizen Kane fame, the movie takes place in 1942 America and revolves around a bratty young heir and the decaying fortunes of a traditional Midwestern family. Adapted from Booth Tarkington’s Pulitzer Prize-winning 1918 novel of the same name, the film saw expert performances by Joseph Cotten, Dolores Costello, Anne Baxter, Tim Holt, Agnes Moorehead and Ray Collins and even went onto receive four Academy Award nominations amongst several others. After the film’s screening at The Hive, Indian filmmaker, Rohan Sabharwal will be hosting a short discussion on the movie. Seems like an ideal mid-week break for the cinema lover.
Date: 24th of September, 2014.
Time: 8:30pm till 10:30pm.
Pricing: Pay what you want.
Address: The Hive, 50 – A, Huma Mansion, Chuim Village Road, Khar East, Mumbai. 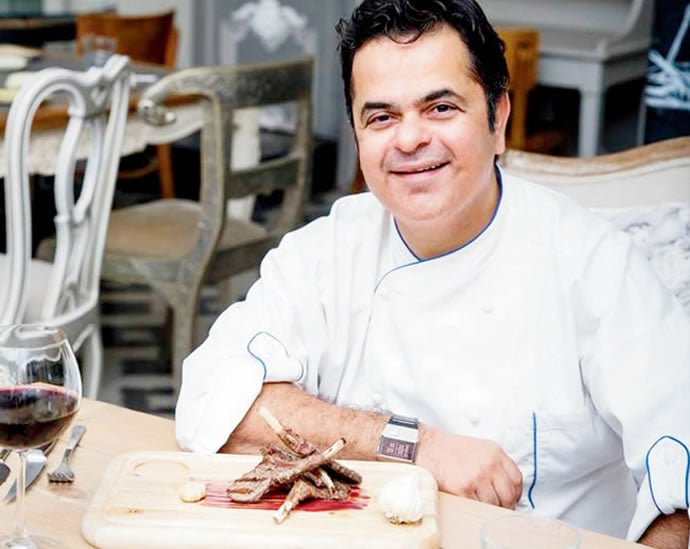 Masterclass with Vicky Ratnani
The master of home-style Italian-cooking and famous TV personality, Vicky Ratnani will be hosting an Italian Food Fiesta all through the month of September. Held at Nature’s Basket, the event will see a live cooking demonstration by the chef who will combine fresh ingredients and exciting authentic flavours to put a hearty Italian meal. Kitchen and domestic goddesses, you will be pleased to know that Ratnani will also be sharing his own personal tips and tricks during the course of the workshop!
Date: 23rd September, 2014.
Time: 4pm to 6pm.
Pricing: Free.
Address: Godrej Nature’s Basket, 2, Lower Ground Floor, Century Bhavan, Dr. Annie Besant Road, Prabhadevi, Mumbai.

QTP’s PROJECT S.T.R.I.P
Catch THE wonderfully whacky Project ‘S.T.R.I.P’ for your weekly laughathon. A hilarious take on the corruption that plagues our society, the play revolves around the belief that in a small pond, it’s the big corporations that feed on the little fish. Fuelled by taut writing and nuanced performances the comic satire about deranged corporations, mercenaries-for-hire, an armed man called Abu and people who just can’t seem to get out of the way is a must watch, we say!
Date: 26th September, 2014.
Time: 9pm.
Pricing: Rs. 300
Address: Prithvi Theatre, 20 Janki Kutir Juhu Church Road, Mumbai. 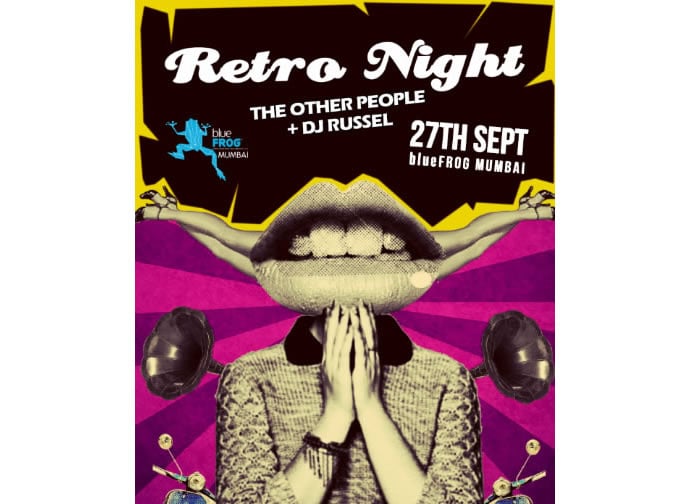 Retro Night: The Other People & DJ Russel
Catch The Other People and DJ Russel jam to some much-loved retro tunes at the blueFROG. The all-boys band formed in 2004 has been making waves all over the country with their enchanting covers. Preferring pop and soft-rock, the band has opened for and played alongside some of the world’s most well-known artists including DJ Edward Maya , DJ Diamond and even Jay Sean, the band is well on its way to becoming a highly-acclaimed music sensation. Keeping the energetic band company at Retro Night will be the uber talented DJ Russel. Sounds like a good night doesn’t it? Don’t miss if U2’s With or Without You is one of your top ten favourite songs.
Date: 27th September, 2014.
Time: 9pm
Pricing: Rs. 600
Address: blueFROG, Mathuradas Mills Compound, D/2, Senapati Bapat Marg, NM Joshi Marg, Lower Parel, Mumbai.

ALSO READ -   This Week In Mumbai: Dig into an authentic Gujarati thali, get nostalgic at the bluefrog and more 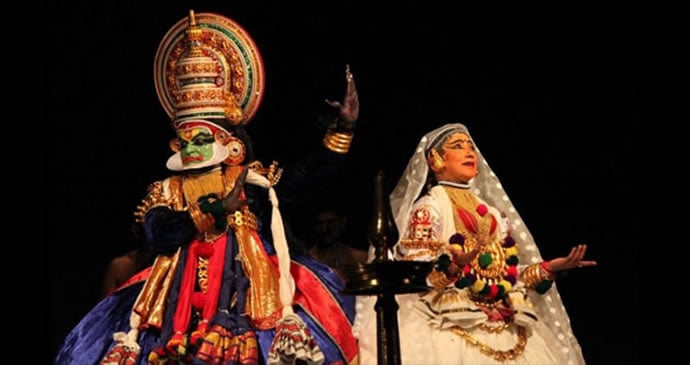 The Nakshatra Dance Festival: NCPA
The 6th edition of the weeklong Nakshatra Dance Festival promises to be as enchanting as its predecessors. An amalgamation of supremely talented classical dancers and choreographers will come together to treat the audience to a visual extravaganza of traditional dance forms. Delightful performances by Sharmila Biswas and the OVM Ensemble, Panchamahabhutam who will explore the various five elements, and a fusion Kerala-art themed performance of Kathakali and Mohiniattam are expected amongst several others. Furthermore, the legendary artists will also host workshops – the two-day workshop hosted by Bharatnatyam Maestro CV Chandrasekhar is one of the most anticipated. What a charming alternative to club-hopping isn’t it?
Date: Until the 26th of September, 2014.
Address: The Nakshatra Dance Festival, the Tata Theatre at NCPA, Nariman Point, Mumbai. 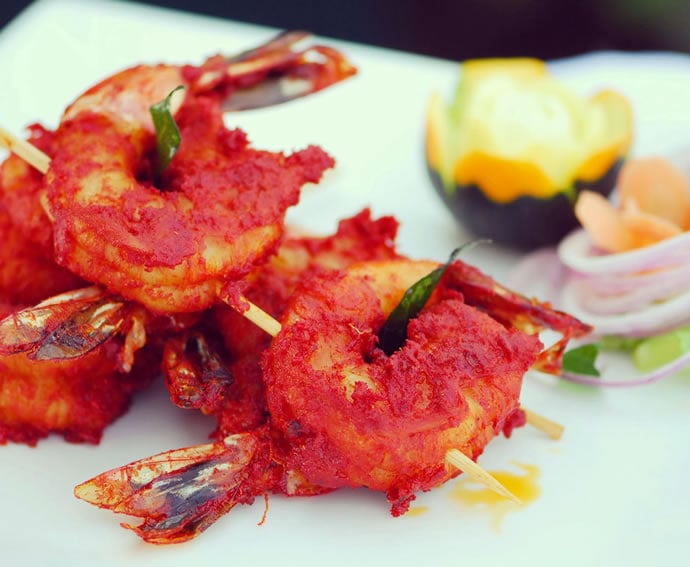 Coorg Food Festival
The ‘South Of Vindhyas’ at the Orchid Hotel will be celebrating delicious Coorg-inspired cuisine all this month. The authentic, flavourful fare on offer prepared exclusively by chef Bala will include Southern favourites typical to the Coorg region such as Kodagu cutlet (a shallow fried lamb cutlet), wholesome meen curry (fish curry spiced with green chillies and tangy raw mango), mouth-watering koli barthad (supreme of chicken sautéed with onion and green chillies), succulent pandi chootad (barbecued pork chops flavoured with orange and bird’s eye chilli), hearty chakkai curry (jackfruit curry with red beans and coconut), and tempting desserts like seviyan payasa (vermicelli and saffron flavoured kheer), and albai (rice and coconut halva) amongst others. Phew! Our mouth is watering just thinking about the decadent spread! Seems like an ideal place to have a lazy Sunday lunch, we think!
Date: Until the 29th of September, 2014.
Address: South of Vindhyas, The Orchid Hotel, 70/C, Lobby Level, Nehru Road, Vile Parle East, Mumbai.