If you think the Porsche bottle cooler made out of an old engine cylinder is ostentatious, wait till you see the limited run Aston Martin bottle cooler which is even more exclusive than the car from which it derives its inspiration. Loosely based on the ultra limited-edition Aston Martin One-77 supercar, this uber-luxe bottle cooler is made from polished sterling silver and 24-carat gold plate and has a carbon-fiber inner layer that not only keeps the champagne icy cool, but also adds to its aesthetic value. But unlike the One-77 which was limited to 77 units, only 10 examples of this Aston Martin bottle cooler will be made.

The Aston Martin bottle cooler is designed and hand-finished by a company called Grant Macdonald. These uber-exclusive coolers are priced at £25,200 ($41,500 approximately) a pop, and in case you think the steep pricing is justified considering its exclusivity and want to buy one, you might want to have a look at the matching wine glasses made by the same company which have a price tag of £3,050 ($5,000 approx) on them. 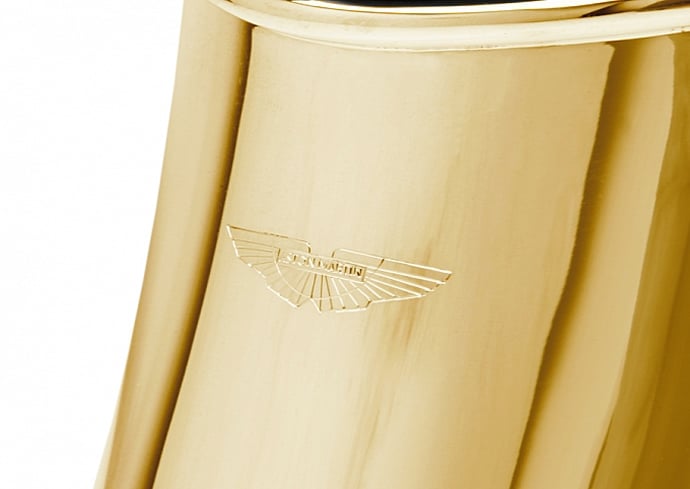 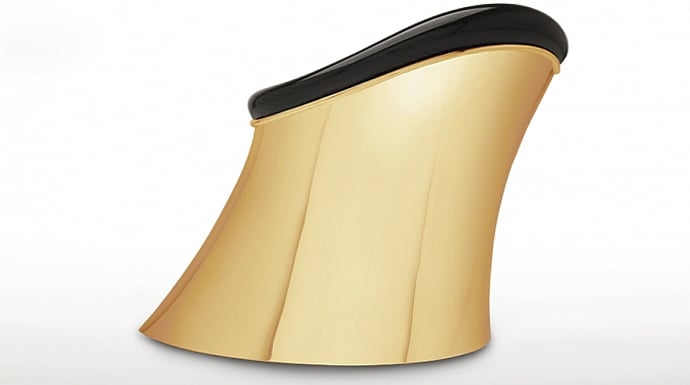