Cabot Guns has introduced the Big Bang Pistol Set. For the record, in this case, Big Bang does not refer to the sound of a shot being fired but the actual big bang that shaped the special entities we know today. So, these pistols are made from the rare remnants of the Gibeon meteorite that crashed into the area with the same name in Namibia. This happened four billion years ago and could well be responsible for just about everything around us today. The pistol set comprises two 1911 pieces made from the iron-nickel alloy obtained from the meteorite. 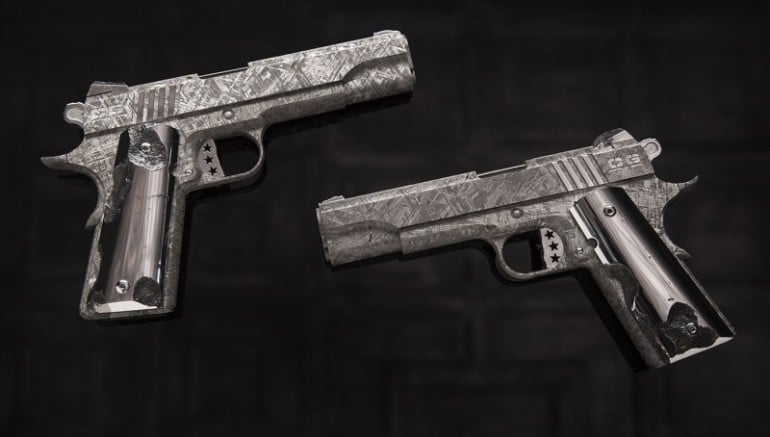 The pistols are valued at $4,500,000, making it one of the most expensive pistols set ever and the first mechanical contraptions to be made using meteorites. This is purely a collectible. If you’re planning to use these pistols on a shooting range or to take down some mafia boss, then you’d rather invest in an army of minions with the same amount of money. 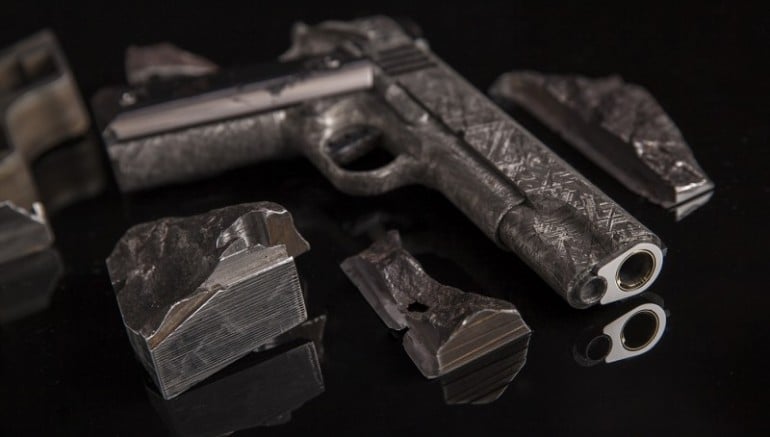