New York has been an inspiration for art connoisseurs since centuries. And proving this as true is the footage of the big apple from the year 1911 that has recently been upgraded and beautified to perfection by YouTuber Denis Shiryaev. 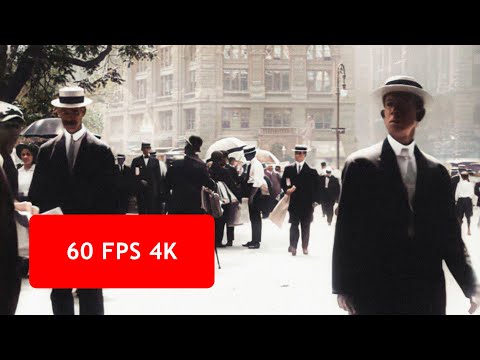 The eight-minute clip was originally shot by a Swedish film production company and showcases the Statue of Liberty, Battery Park, the New York Harbor and the famous Flatiron Building on Fifth Avenue in a unique light. In its new avatar, the video footage has been glamourized using neural networks, including DeOldify. It now runs in 4K quality at 60 frames per second and is posted on Shiryaev’s YouTube account.

To upscale the video with colors, Shiryaev used neural network-powered algorithms such as DAIN and Topaz Labs’ Gigapixel AI which ‘analyses the image and recognizes details and structures and ‘completes’ the image’. The footage in black and white was previously unveiled by the Museum of Art in 2018. It is also surprising to note that the clip has been shot only three years before the outbreak of World War, as it enigmatically captures New York and the everyday life of the city with street traffic and people going about their business.

The iconic video of New York City can be viewed here.