This dog has already won over Instagram and it quickly becoming New York City’s favorite pooch as she doles out hugs to people on the street. This loving and lovable 5 year old retriever will stand on her front paws with her front legs outstretched to hug any willing strangers that she meets on her street in the curse of her walks. 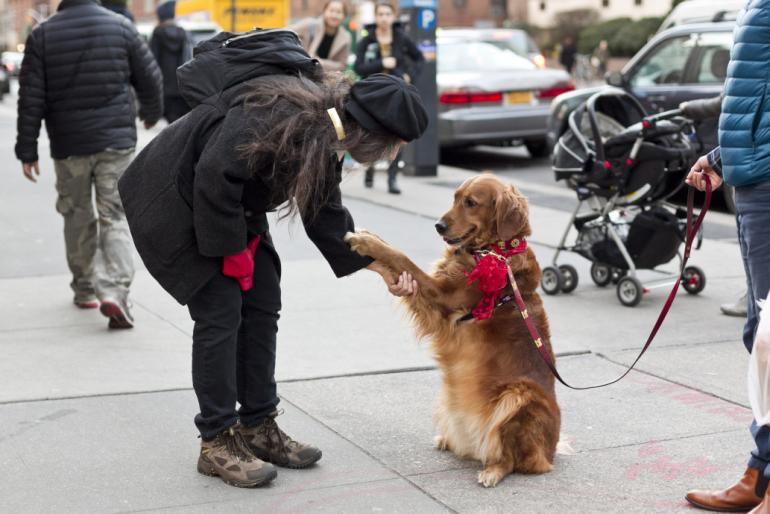 “Every single walk I have to dedicate time”, said Louboutina’s owner Cesar Fernandez-Chavez. The two of them take around three walks a day with each one lasting around 2 hours. “A lot of people say she’s made their day,” Fernandez-Chavez went on to say. “Like, if they had a bad day at work, maybe that’s just what they needed.” 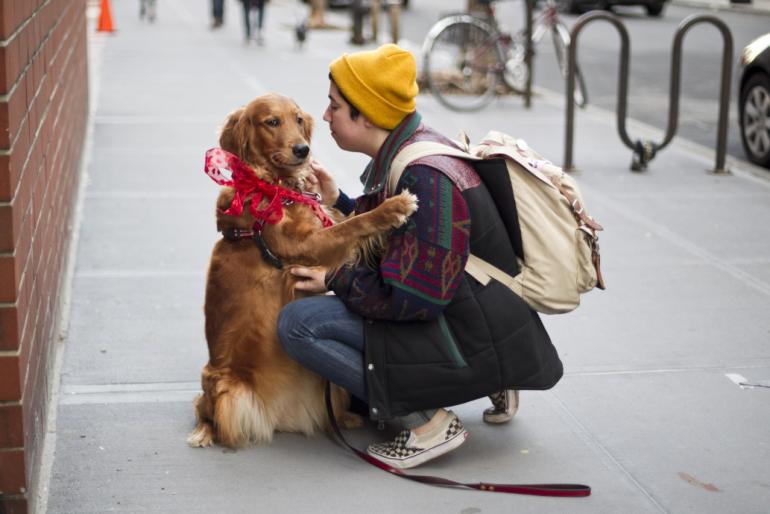 Nobody taught Louboutina to hug, but Cesar believes that her hugs were born out of a love for holding hands which she started doing back in 2013. Soon she was standing up and wrapping her paws around Cesar and later friends from the area. She is estimated to have given 700 hugs on her walks. 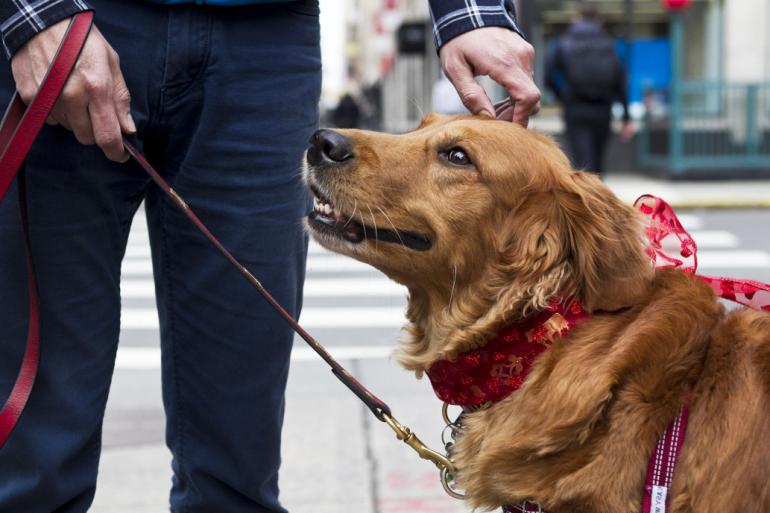 Tags from the story
Dogs, New-York