Manhattan will get a new look by 2019 with a futuristic park that is being built on the Hudson River. The water front is all ready to house the 2.7 acre park, which will be built on an undulating platform jutting about 180 feet into the Hudson River. The estimated cost of the project is believed t be $170 million. Pier 55 as it is going to be called, is designed to look more like an island sitting resting upon 341 mushroom shaped concrete columns that rise 15 feet to 70 feet above the water to protect the area from hurricanes. Every aspect of this design seems to have been deeply thought about. The undulating design is to allow sunlight for the fish that will be making their habitat below this park in the marine sanctuary.

This park will replace Pier 54, which is now crumbling and sinking into the Hudson. The Cunard Arch that stands at the foot of the pier will be restored to commemorate the survivors of the Titanic that were brought by he steamship Carpathia. Along with lush green grass, trees and open spaces the park will also have 3 venues to host art events and performances. Two pedestrian walkways will take the visitors to the all free park which has been designed by the British Firm Heatherwick Studio and landscape architect Mathews Nielsen. 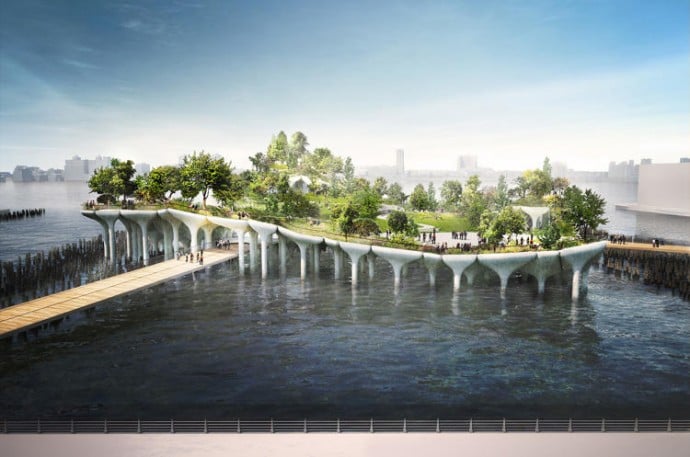 Amidst the concrete jungle in Manhattan, this park will come as a breath of fresh air for New Yorkers. 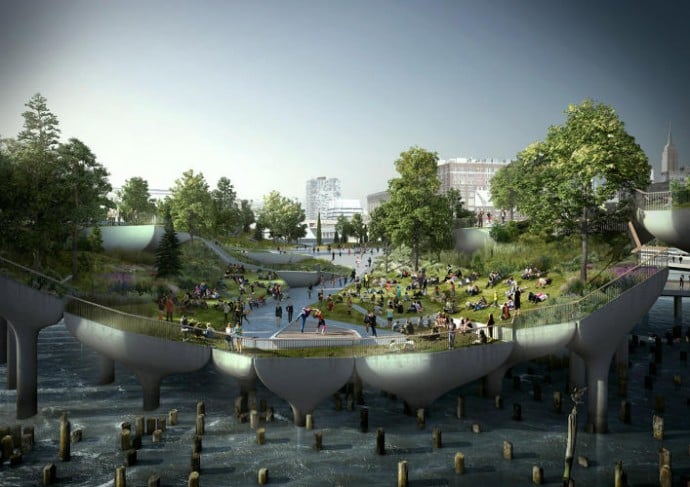 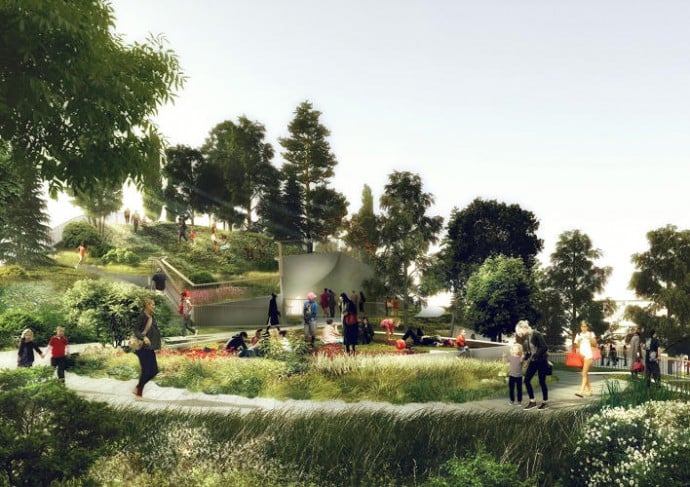