Aston Martin is saying goodbye to the current-generation DBS with a special edition that is being touted as the “most powerful production Aston Martin ever.” Called the DBS 770 Ultimate, the commemorative limited edition represents the pinnacle of the British marque’s “Super GT” flagship bloodline. The celebrated DBS nameplate has been around since 1967, giving the world of exotic automobiles some of the most beautiful and tarmac-ripping flagship GTs. The folks at Aston Martin pulled out all the stops to make the new special edition a fitting swan song. Here are 5 reasons why the Aston Martin DBS 770 Ultimate deserves your attention:

1.Most powerful production Aston Martin ever
As mentioned above, the DBS 770 Ultimate is the most powerful production Aston Martin ever made. To achieve that, the engineers at Aston Martin massaged the flagship GT’s 5.2-liter twin-turbocharged V12 to boost the total output to 759 horsepower (or 770 metric horsepower, hence the name) and 664 ft-lbs. of torque. It was achieved by tweaking the engine’s intake and ignition which resulted in a 7-percent increase in boost pressure. 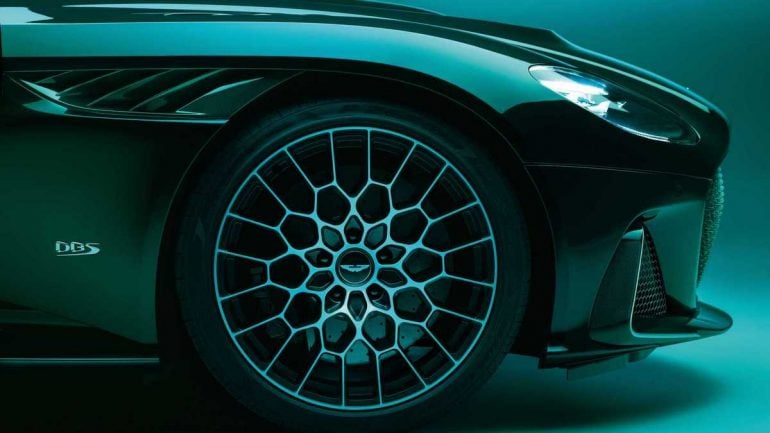 2.Quicker than ever
Thanks to the increase in power output, the limited edition Aston Martin is quicker than the standard version. According to the British manufacturer, the Coupe version of the DBS 770 Ultimate can accelerate from 0 to 62mph in 3.2 seconds (0.2 seconds quicker), while the Volante takes 3.4 seconds. The 211mph top speed remains unchanged. Aston Martin also has recalibrated the Super GT’s eight-speed ZF automatic transmission for better performance. 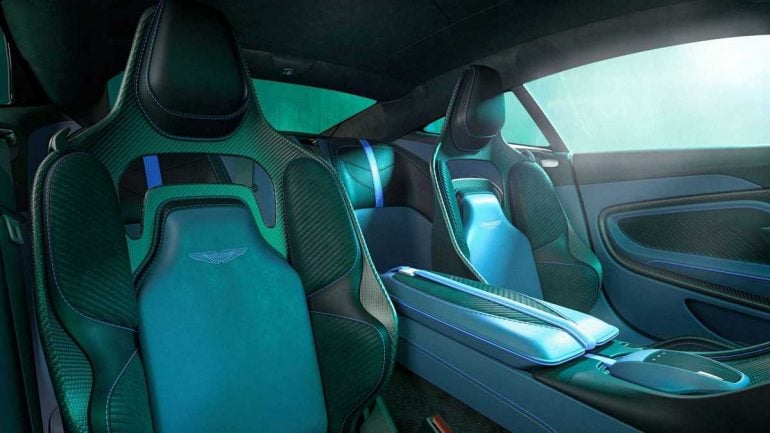 3.Bathed in carbon fiber
In addition to performance upgrades, the final DBS also features plenty of aesthetic changes to make it stand out from the rest of the line-up. The front has been reworked with a new splitter and a bespoke “horseshoe” engine vent. Furthermore, the 770 Ultimate gets plenty of carbon elements, including the cantrail, windshield surround, mirror caps, and fender louvers, while the rear features a design with a big diffuser. A new set of 21-inch wheels available in three finishes round out the special touches on the outside. 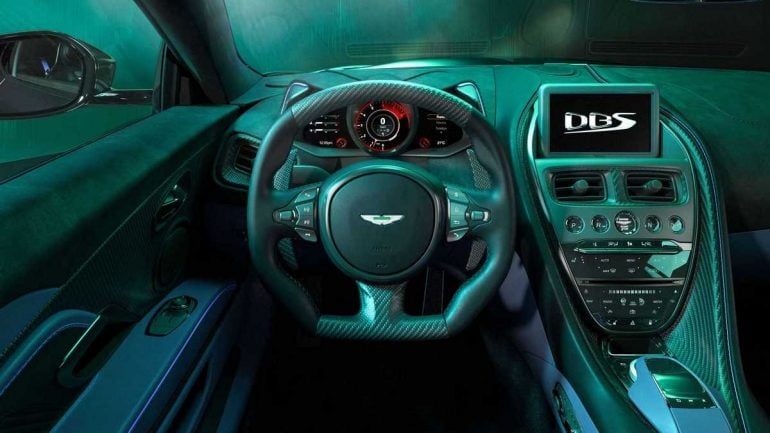 4.Beautiful interior worthy of the Ultimate badge
The cabin’s layout and design look just like that of other DBS models, but Aston Martin has made sure that it feels special. Sports Plus seats upholstered in quilted leather and Alcantara are offered as standard equipment, while the cabin’s special contrast trim is exclusive to the 770 Ultimate. Additionally, the interior gets special badging on the center console and doorsill plaques. 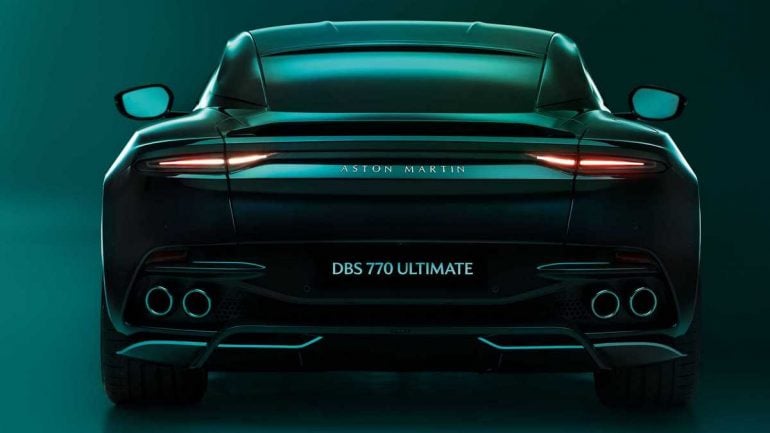 5.Exclusivity
To add to the desirability of the DBS 770 Ultimate, Aston Martin has said that it will only make 499 examples of the special edition – 300 units of the Coupe version and 199 units of the Volante. However, there’s a tiny little caveat. All 499 examples of the DBS 770 Ultimate were sold even before the limited edition was officially unveiled. In case you want one, you’ll have to pray for someone to flip their reservation for a profit or wait for it to hit the used car market. There’s no word on the pricing, but Aston Martin has said the production will begin later in the first quarter of this year.

Here is how a truly legendary, ahead-of-its-time flagship supercar from the 1990s bankrupted Bugatti