Three years after introducing the limited-production, track-only AMB 001 motorcycle, iconic British brands Aston Martin and Brough Superior have extended their partnership to launch their second collaborative model. Behold the AMB 001 Pro, a more powerful and aerodynamic version of the original and it is said to be inspired by the Aston Martin Valkyrie AMR Pro hypercar. The track-only Pro model debuted yesterday at the ongoing EICMA show in Milan, Italy. Aston Martin was responsible for coming up with the motorcycle’s unique design, while Brough Superior took care of the engineering side. 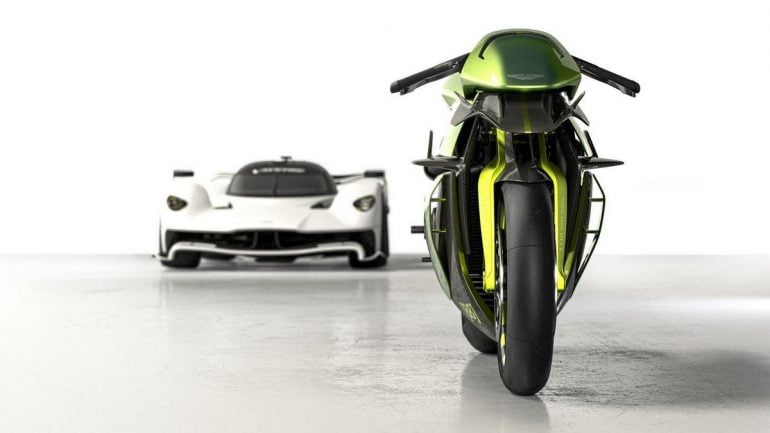 While the superbike retained its quirky styling, the Pro model gets more aggressive and pronounced aero elements, including the new front spoiler, side wings, and rear fin. All these components help in increasing downforce and improving airflow. 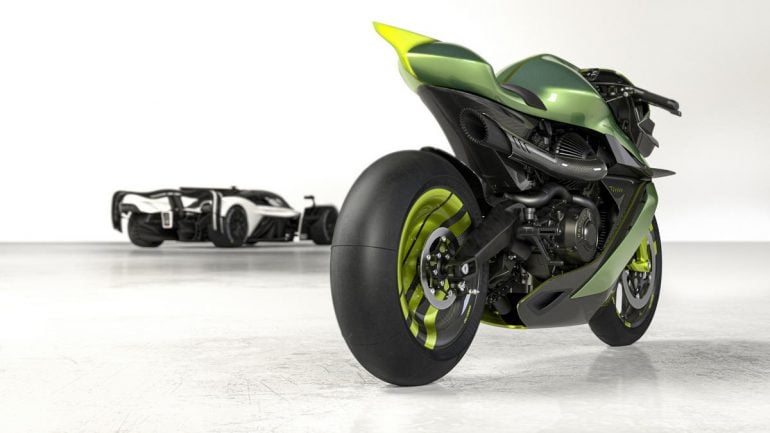 The AMB 001 Pro will be offered in just one spec, sporting a racing livery that combines Verdant Jade color with satin-finished carbon fiber, a black engine, and black suspension components. The Aston Martin badge found on the nose cowl and the tank is 99.7 percent lighter than the enamel version and 30 percent thinner than a human hair. The track-only motorcycle is powered by a new 997-cc twin-cylinder engine that’s machined from solid billet aluminum and features a new cylinder design with wet cylinder liners for improved cooling. It is capable of producing 225hp, which is 25% more than its predecessor. The increase in power also gives the superbike a power-to-weight ratio of 1.28 horsepower per kilogram, which is similar to an F1 car. 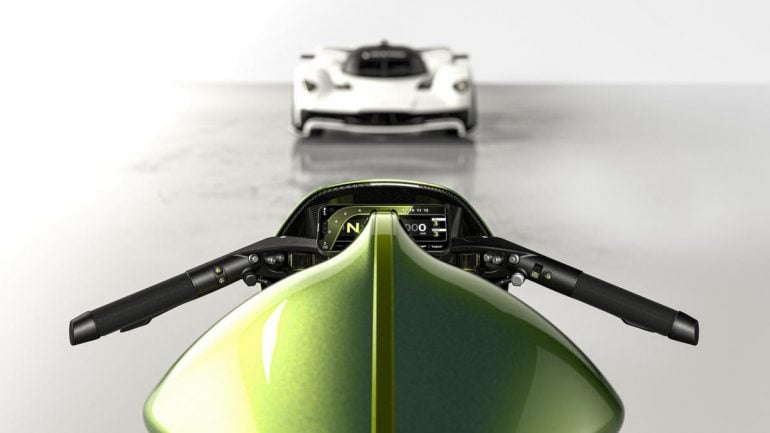 “It’s a beautifully simple formula. Form plus technology equals performance. The rider is part of this moving sculpture and will literally feel as though they are part of the track when laying atop the AMB 001 Pro,” said Marek Reichman, Executive Vice President and Chief Creative Officer of Aston Mart. Only 88 examples of the AMB 001 Pro motorcycle will be hand-built at the Brough Superior factory in Toulouse, France. While the pricing has not been revealed as of yet, we expect it to be more expensive than its predecessor which carried a $120,000 price tag. 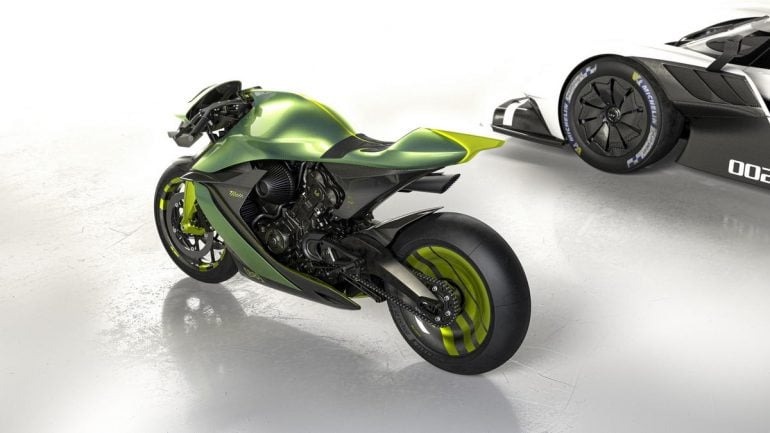