Vermont, USA based bicycle maker Budnitz might have been in business just for two and a half years but it has been able to build itself a niche in the market and impress the biking world with its unique creations. The company has launched a wide range of high-performance bikes and specializes in titanium, cantilevered frames, precise geometry and high-quality components. Budnitz have forayed into a new niche by introducing a brand new bicycle, the FTB which stands for ‘fat tire bikes’. The titanium bike with the fat tires will remind you of the Harley David roadsters, but is specially made to tackle snow – which is not a bad idea considering there are reports the polar vortex might make a comeback.

We have seen a couple of fat tire bikes in the past including the BMW Cross-country and Cogburn CB4 but the Budnitz FTB has massive tires. Fat tires aren’t generally a good idea considering that they are extremely difficult to paddle, but the Budnitz FTB is different than the rest as bicycle is extremely light thanks to the specially designed, hand-built cantilevered titanium frame weighing in at just under four pounds. The bike features a 14-speed internal hub from Rohloff which offers a streamlined and nearly maintenance-free range of gears that make riding in snow easy. On the other hand, the added surface area by the 3.8-inch tires allows riders to glide over snow without slipping or getting stuck. The Budnitz FTB is made to order and will be sold in limited numbers with the starting price of $7000. 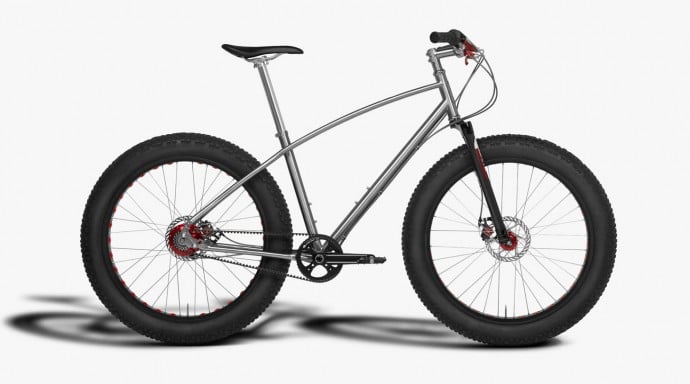 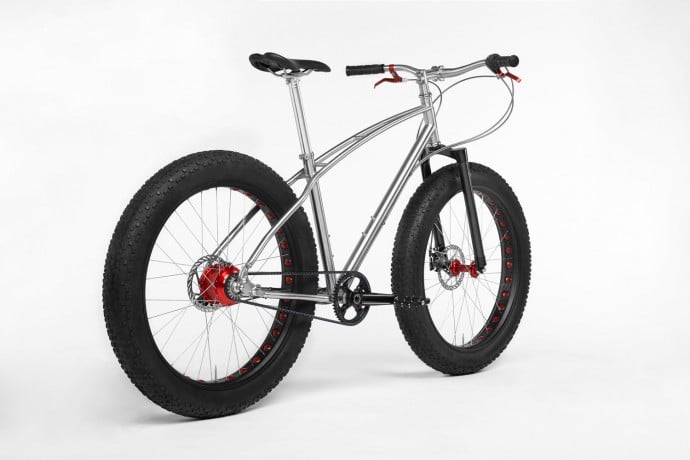 Tags from the story
Bicycles