If you are an avid motorcycle enthusiast, I don’t need to give you an introduction of the legendary Indian Scout; but just in case if you haven’t heard of it, the Indian Scout is one of the most iconic motorcycles ever which were hugely popular in the early half of the 20th century. Built from 1920 to 1949 and revered in the motorcycle world for its handling and versatility, the classic was immortalized in the history as “the world’s fastest Indian” by Burt Munro back in 1967. 65 years after the production ended, the famed Indian Scout has been resurrected in the form a modern performance-oriented cruiser to find its way back into the motorcycle market. 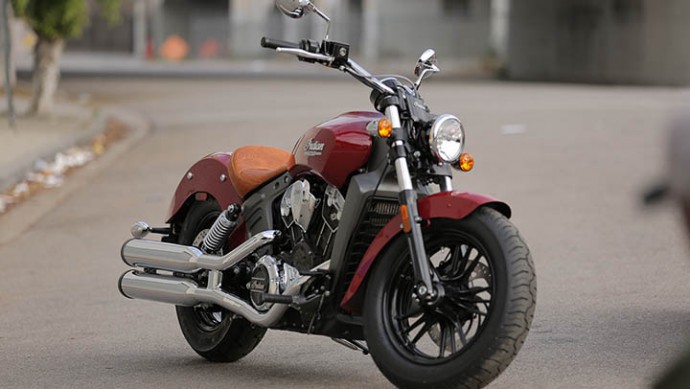 Polaris Industries, the $3.8 billion-a-year maker of snowmobiles and all-terrain vehicles, acquired the Indian Motorcycle brand three years back and introduced three models which are based on the same platform and powered by the same Thunder Stroke 111 engine. The newly revived brand has had a brilliant run so far but the fans have been demanding for an entry-level light weight motorcycle. Indian Motorcycle just recently unveiled the 2015 Roadmaster which is its top-of-the-line touring bike priced at $26,999 and the Scout is the fifth and the entry-level model to join the 2015 line-up. 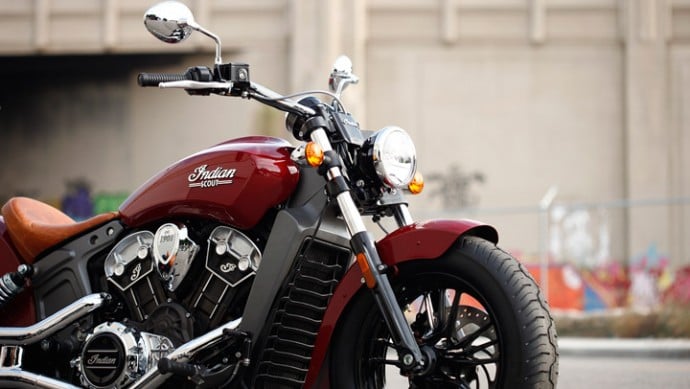 On last Saturday night at the famed Sturgis motorcycle rally in S. Dakota, home of the biggest gathering of motorcycle enthusiasts in America, Polaris unveiled the 2015 Scout. At 562 pounds, the Scout is not that light weight but thanks to its cast aluminum frame it still is the lightest in its class. The modern version of the classic Scout doesn’t have a striking resemblance to it but instead shares the spirit. The 2015 Scout carries Indian’s second all-new engine in two years which is a liquid-cooled 1133cc 60 degree V-Twin. In terms of design, the modern Scout incorporates the trademark “rigid triangle” design and the brand’s loyalist might not like it but the motorcycle looks amazing. It even has the single tan leather bucket seat which sits just 25 inches off the ground. This is easily one of the sportiest cruisers and it will help Indian Motorcycle future strengthen its fight against Harley Davidson. The best part of the 2015 Indian Scout is its price-tag. It comes with a starting price of $10,999 making it a cracking deal. Have a look at the photos and the official promotional videos; the motorcycle looks stunning.