A couple of days back we had covered the world’s most expensive child safety seat by Dartz Motorz. Although the uber-luxe seat comes with bulletproof protection amongst other features, it is more of bling than utility. Volvo’s design team has introduced a new luxury child safety seat that promises to completely change the way children will travel safely in the future. In April this year, the automaker showed off its Lounge Console at the Shanghai International Auto Show. The concept replaced the front passenger seat, which is usually unoccupied in chauffeur-driven cars, with a multi-purpose luxury footrest for use by the rear-seat passenger. Building on that idea, Volvo has come up with the Excellence Child Seat Concept, which replaces the front seat with a baby seat. 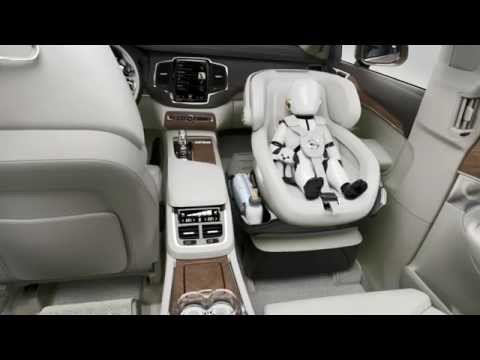 According to Volvo, the current setup of child safety seats that are usually mounted in the back seat facing forward are not safe. The company claims, infants face a greater risk of car accident-related injuries when facing forward, as they lack neck strength and their heads are disproportionally large compared to their bodies. In the Excellence concept, the back-seat passenger and the baby face one another, with the child seat facing rearwards. The child seat can also be unlocked and rotated on its pedestal toward the front passenger door, allowing for easier loading and unloading of its precious cargo. In addition to it, there are extra storage compartments under the seat that can be used for storing items such as diapers, bottles or blankets. It’s still in its concept phase and Volvo didn’t comment on when the game-changing child safety seat will make its way into production cars. 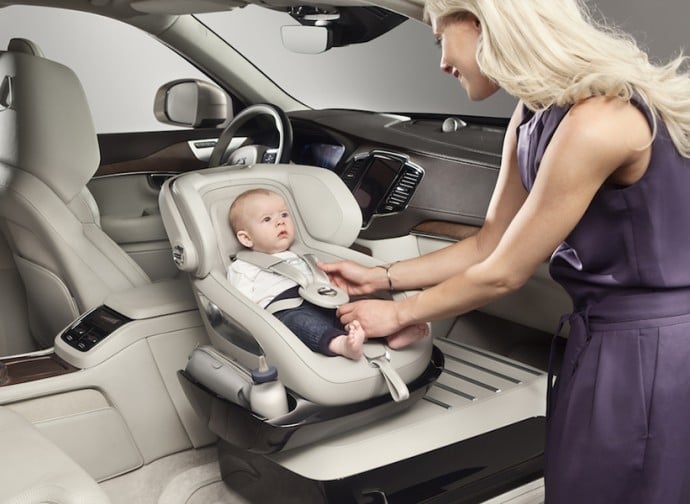 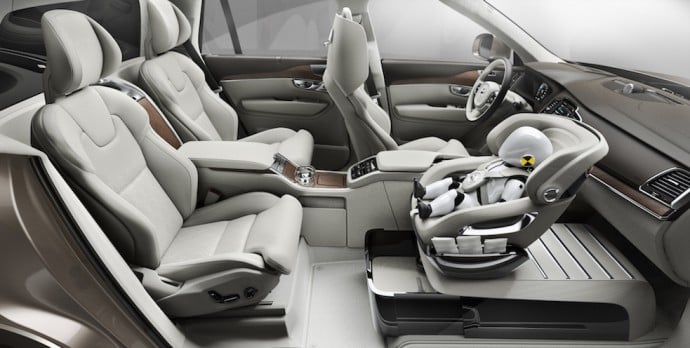