Are you obsessed about your Nike Air Force 1 sneakers, so much so that you want everything around you to look like your favorite pair? Well, Lexus has something that’s going to get you very excited! The automaker teamed up with famous streetwear designer John Elliott to create concept tires inspired by Elliott’s Nike Air Force 1 kicks. Showcased the 2019 Lexus UX compact crossover vehicle, the wicked custom tires were unveiled at Elliott’s New York Fashion Week after-party on Saturday. Called the “Sole of the UX,” the set of retro Nike-inspired white tires feature all the recognizable design elements like the iconic Nike swoosh, faux white pebbled leather, stepped metal air valve in homage to Elliott’s stacked metal lace tip and matching embossed detail with the iconic Air Force 1 sneaker. “The first-ever Lexus UX was engineered and designed for the city,” said Lisa Materazzo, Lexus vice president of marketing. “We wanted to push that concept even further by creating the ultimate homage to urban style: tires inspired by classic, street-style sneakers.”


“We were excited to merge the streetwear narrative and design cues of our Air Force 1 with a brand like Lexus. We’re thankful they’ve allowed us to use this moment to celebrate the arts and to bring extra energy to our take on a classic,” said John Elliott. While the concept Sole of the UX tires are not meant for sale, Elliott’s $150 all-white Air Force 1 sneakers released in October is also mostly sold out online. 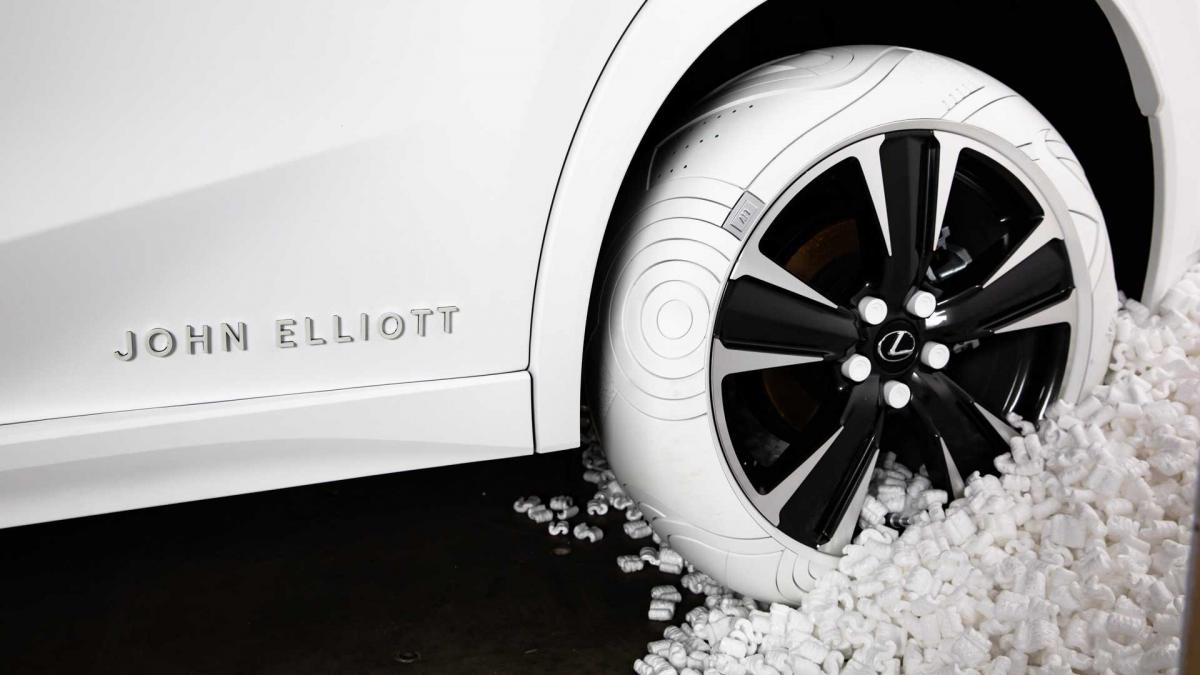 Tags from the story
Lexus, Nike