A few months back at the 2017 Geneva Motor Show, Pirelli had launched colored editions of its P Zero and Winter Sottozero tires that came with colored rings on the sidewall. The Italian tire-maker has now introduced a limited-run version of its P Zero Colored Edition tires with the colors of the Italian flag on the sidewall. These tires will be used on Italian diplomatic cars in France, Germany, the UK, Switzerland, Japan, China, Russia, the US, the UAE and Saudi Arabia, said a statement from the company. 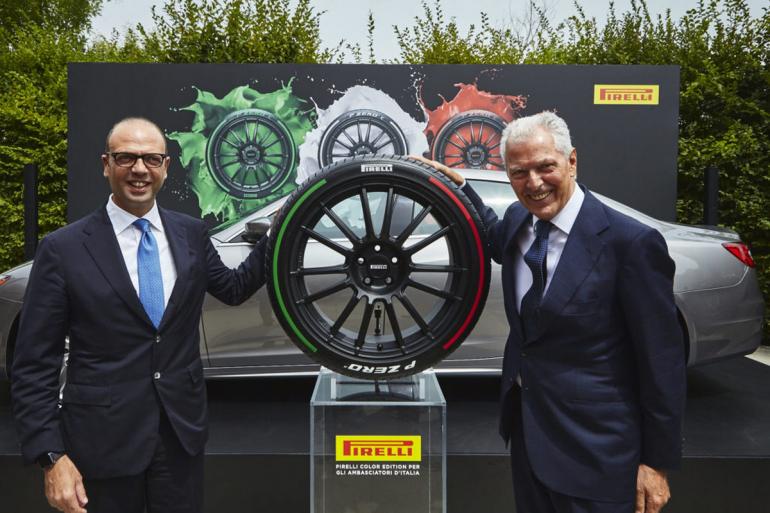 The very first set of green, white and red P Zero tires was displayed on a Maserati Quattroport by Marco Tronchetti Provera, CEO and vice chairman of Pirelli, in the presence of Italian Foreign Minister Angelino Alfano, after the final session of the four-day XII Ambassadors’ Conference. The venue for the launch was the Pirelli Hangar Bicocca, Pirelli’s space dedicated to contemporary art. The event served as the symbolic handover of the first set of Pirelli ‘Tricolore’ tires to the Italian diplomatic corps.

Tags from the story
Pirelli