After almost one and a half decades, Rolls-Royce has given the Phantom a complete overhaul, and has quite possibly created the world’s best luxury car money can buy. For the world driving debut of the all-new Phantom VIII, Rolls-Royce interestingly chose Furka Pass in Switzerland as the venue which is immortalized by the famous car chase scene from the James Bond movie Goldfinger. Reaching an elevation of 2,431m above sea level, it’s one of the highest paved mountain passes of Alps and the narrow road width, tight switchbacks and vertigo-inducing drops make it feature amongst the best driving roads in the world. Clearly, it’s more suited for a small and athletic sports car like the Porsche 911, or even a Jaguar F-Type, but it’s incredible how the massive luxury liner on wheels beautifully deals with the narrow winding roads effortlessly and instantly feels at home. Here’s our short video of the Rolls-Royce Phantom VIII, where we experience driving it across one of the most picturesque locations of Swiss Alps. 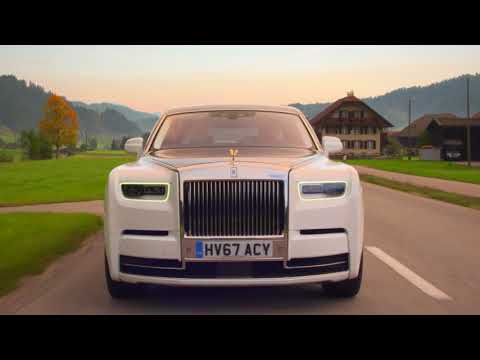 Although the Phantom VIII looks similar to the outgoing model, just about everything in the car is all-new including the chassis, which is a brand new 30 per cent stiffer aluminum space-frame architecture, and this platform will form the basis for all of the upcoming Rolls-Royce models. Under the hood is also a new twin-turbo 6.75-litre V12 engine that churns out 570hp and 900Nm of torque. Another notable addition to the new Phantom VIII is “The Gallery,” which is a glass-covered art space that reaches across two thirds of the dashboard, allowing three-dimensional artworks of various materials to be installed behind it. Rolls-Royce commissioned several artists to create installations for this space including porcelain roses, a gold matrix, an oil painting and even iridescent feathers, but customers have the choice to personalize it in whichever way they desire it to be. The Rolls-Royce Phantom VIII, with what it offers, sits in a market segment of its own with no rivals, nor peers.