Are you one of those who believe vinyl is better than digital music? If the answer is yes, then you gotta have a look at this special edition Lexus that has a turntable built into the glove box. Meet the Lexus IS Wax Edition, a one-off concept built by the automaker to promote the 2021 Lexus IS, created in partnership with musicians Madlib and Kaytranada. The car’s highlight is the in-car record player that has been specially engineered that works perfectly while driving. Fitting a record player in a car is more challenging than one might believe. The automobile industry experimented with the idea back in the 1950s. The 1956 Chrysler Highway Hi-Fi was the first production car to feature a vinyl record player. But G forces of a moving car affected the motor while bumpy ride resulted in skipping, which lead automakers to give up on it. The turntable in the Lexus IS Wax Edition seems to have found a workaround to deal with those issues.

Lexus collaborated with Hollywood effects house SCPS to create the in-car turntable, which was 3D printed and made out of carbon fiber and machined aluminum. Big enough to play full-size 12-inch vinyl records, it fits into the car’s glove box and pops out when the lid is opened. The high-fidelity vinyl sound is played through the car’s Mark Levinson Premium Surround Sound audio system that features 17 speakers and an amplifier with an output of 1800 watts. Lexus released a two-part promotional video series called “Driven by Sound.” The duo of Madlib and Kaytranada can create music and listen to it in the IS Wax Edition. “When I make music, I usually do it in headphones, so I hear everything clear. And I take it to the car, test it out. Every time. That’s the big test. To have the turntable in a Lexus? That’s beyond. When Lexus said they wanted to build this car, I didn’t think it was possible. It was amazing to see and hear vinyl playing while cruising in a car,” said DJ and producer MC Madlib. In addition to the record player, the special edition features a custom matt black wrap on the outside, and a special interior decked out in black and red. The Lexus IS Wax Edition is a one-off built as a promotional vehicle and is not expected to enter production. 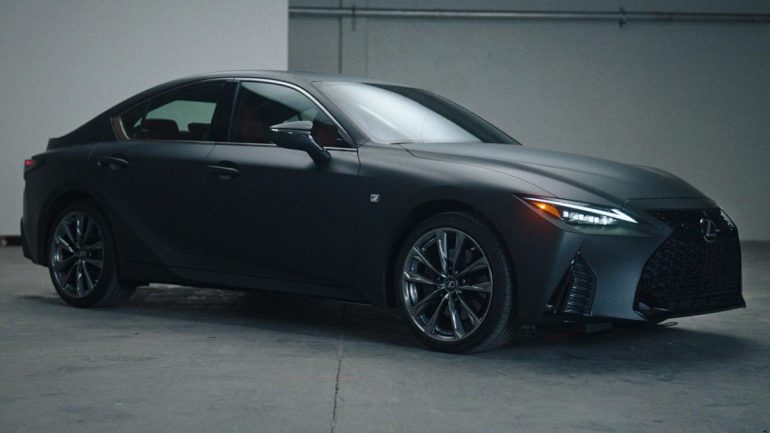 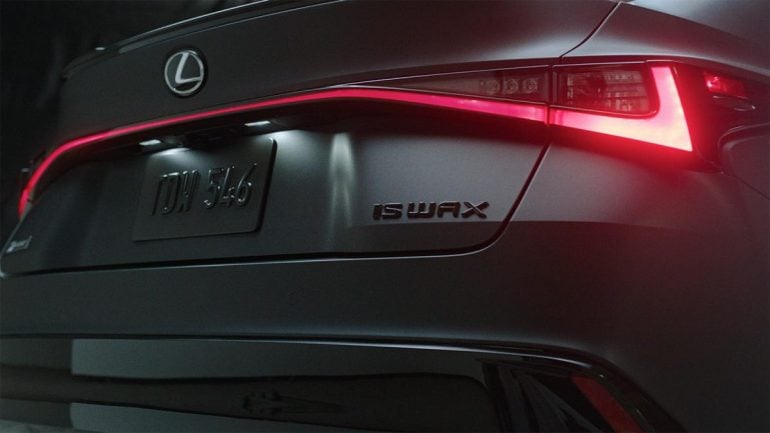 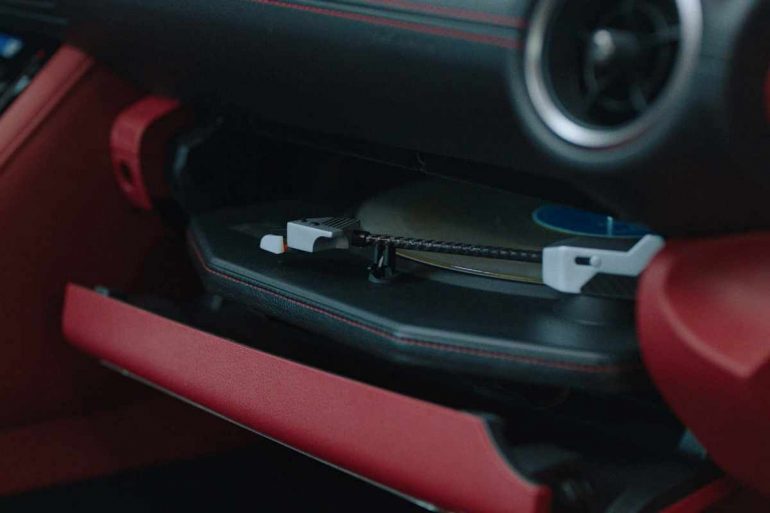