Another day, another special announcement by Bentley to celebrate its 100th anniversary. After unveiling three special edition cars and a grand book chronicling the brand’s history, Bentley’s latest reveal points towards the future of the century-old carmaker; and the future is green! Not entirely a surprise, given how ever-tightening emissions regulations is forcing all automakers to adopt electric mobility; nevertheless, it’s exciting to see Bentley’s vision of ultra-luxury electric cars. Meet the Bentley EXP 100 GT, a gorgeous concept car that the British marquee describes as the “grand tourer of 2035.” The concept model not only gives us a look into Bentley’s design direction for its future cars but also a confirmation of the company’s commitment to electrification and autonomous driving. 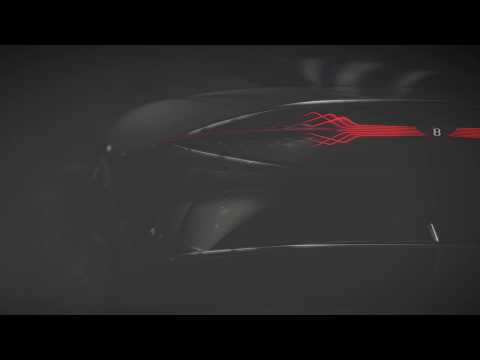 As far as the design goes, the Bentley EXP 100 GT looks like a futuristic version of the Continental GT. The front end of the car is dominated by the massive grille with has the headlights and turn signals integrated into it. The grille is made of 6000 LED bulbs while the taillights are augmented by additional 3D OLED screen that displays beautiful animated patterns. The futuristic GT measures a whopping 19 feet and the body is made of carbon fiber and aluminum. The exterior paint is made of recycled rice husk and is contrasted with copper accents. The cabin is ultra-futuristic and indicates towards a fully autonomous future, free of most controls and buttons. The interior is trimmed with copper-infused 5,000-year-old wood salvaged from peat bogs features and the upholstery features fiber optics woven in for illuminated patterns. Instead of leather, the upholstery is created from byproducts of winemaking.

The control unit heavily depends on Artificial Intelligence and the car has five different autonomous driving modes. The EXP 100 GT is a pure EV and is powered by four electric motors that offer a peak torque of 1,106 pound-feet. Bentley says the EXP 100 GT will hit 60 mph in under 2.5 seconds and have a top speed of 186 mph. The battery pack is big enough to give the grand tourer a range of 435 miles of range and can be charged to 80% capacity in 15 minutes. “The EXP 100 GT represents the kinds of cars we want to make in the future,” Bentley’s director of design, Stefan Sielaff, notes. “Like those iconic Bentleys of the past, this car connects with its passengers’ emotions and helps them experience and safeguard the memories of the really extraordinary journeys they take.”

Tags from the story
Bentley, Special-Edition