It was 1994 when the Lange 1 timepiece was introduced to mark the resurrection of the original Saxon manufacturer founded by extremely talented watchmaker Ferdinand A. Lange back in 1845. Over the last two and a half decades, the Lange 1 has become the most recognizable timepiece by A. Lange & Söhne’s, gaining the title of a horological icon. At the beginning of 2019, the Saxon brand announced that it will dedicate the entire year to celebrate the 25th anniversary of the Lange 1. Each month, the watchmaker will release a limited edition of the timepiece as a tribute to the original. With the Lange 1 “25th Anniversary” and the Lange 1 Moon Phase “25th Anniversary” already released over the last two months, A. Lange & Söhne has revealed the third special edition of the series, called the Little Lange 1 “25th Anniversary.” 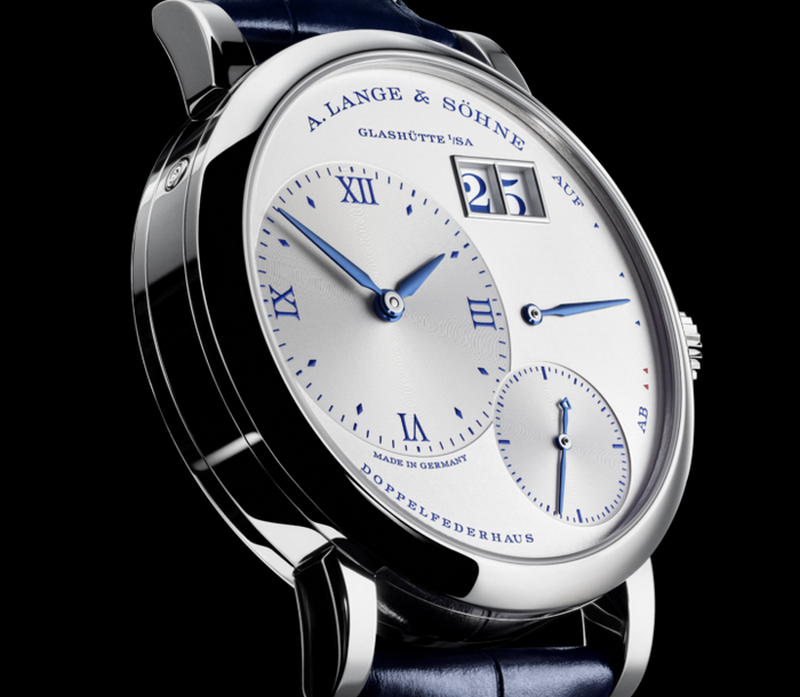 The original Little Lange 1 was released shortly after the bigger sized sibling in 1998 at the request of retailers in Asia who wanted a smaller version of Lange’s signature watch. The watch measures just 36.8mm, which is 1.7mm smaller than the full sized Langle 1. Originally conceived as a men’s watch, over the years Little Lange 1 has become a dedicated collection for women. The Little Lange 1 “25th Anniversary” version looks almost the same as its larger sized sibling. Which means the white gold case paired with an argenté-colored dial in solid silver with deep-blue printed numerals and markers. The numerals of the outsize date display along with all hands on the dial are also finished in blue. The watch is equipped with the manually wound L121.1 movement launched in 2015 and features an instantaneous jumping date display along with a power reserve of 72 hours. It is comprised of 368 components, including a hand-engraved balance cock with blue accents. Also in blue is the hand-stitched alligator leather strap with a contrasting seam in grey, which further augments the beauty of the piece. Only 25 examples of the watch will be made with a retail price of EUR 35,500 (roughly $40,000) apiece. 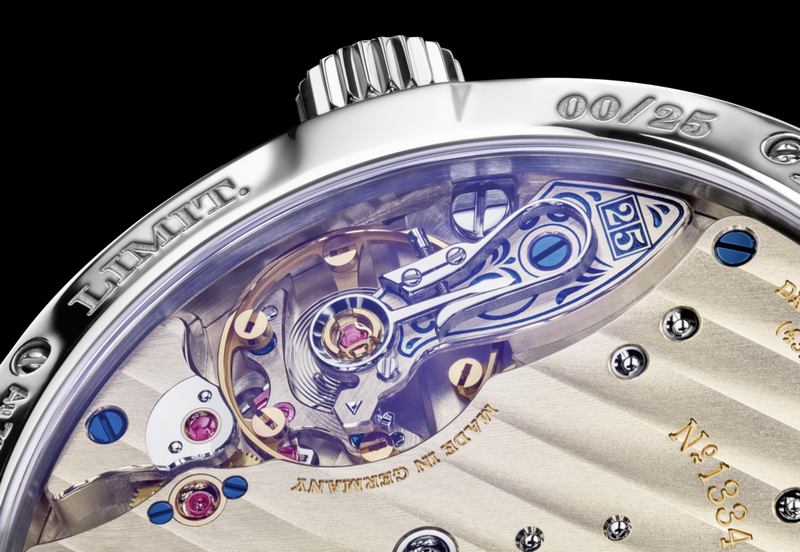