The world of high-end watchmaking is known for experimenting with rare and interesting materials to craft unique timepieces. In 2018, Swiss watchmaker H. Moser & Cie introduced the Endeavour Perpetual Moon Concept watch that came with a dial coated in Vantablack — also known as the blackest material on Earth. The watch brand has become well known for its Concept line of watches and has now released a new limited-edition watch with a Vantablack dial and tourbillon at 6 o’clock that appears to float on top of a bottomless abyss. Called the Endeavor Tourbillon Concept Vantablack, the watch is limited to just 50 examples, and you’ll have to shell out $75,000. 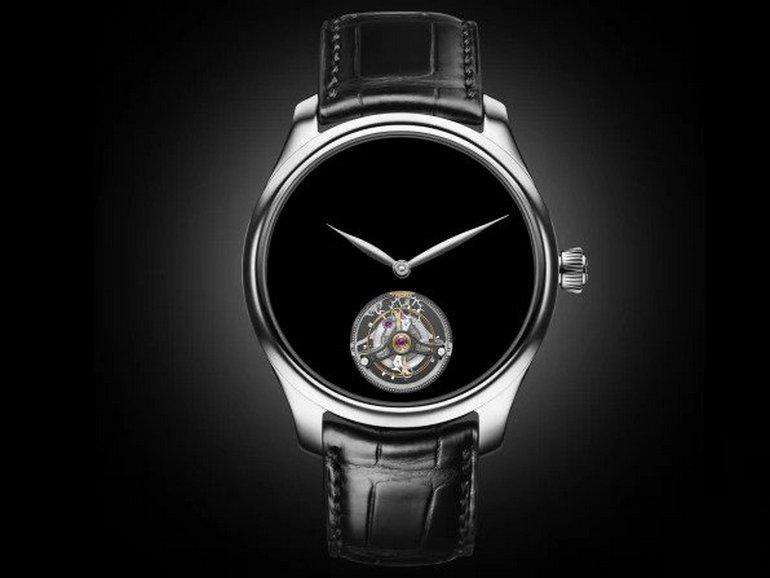 , The coating is done by a British company called Surrey Nanosystems. Each watch dial was shipped to the company and then was sent back to Moser to be manufactured. According to Surrey Nanosystems, the material is a collection of carbon nanotubes 3,500 times smaller than the diameter of the average human hair. The light hitting the surface gets trapped between the nanotubes, and almost nothing gets reflected. The coating used on the watch’s dial is Vantablack S-VIS, the same coating used by NASA on its instruments for space missions to protect them from sunlight. Vantablack was introduced less than a decade ago by NASA, and it is said to absorb as much as 99.96% of light, giving it an otherworldly appearance. The watch is powered by a self-winding HMC 804 caliber movement, and it comes in a 42mm, 18K white gold case fitted with a hand-stitched black alligator leather strap with a matching clasp.