A car from the future up for auction! Sounds incongruous, right? In the year 2054, some cars will be self-cleaning, some will drive in an accident-free system, and some will change colors on command. At least that was the vision of the future in Steven Spielberg’s film “Minority Report,” starring Tom Cruise. He had cast the luxury auto brand Lexus as the car of the future in this movie. The inspiration behind the car was a vehicle that would fit the requirements of the year 2054, but beneath the futuristic design is a standard Chevy V6 and conventional manual gearbox. Fancy driving like Tom Cruise in Lexus? Yeah, this specific car was on sale on eBay for a price of $88,000. (Sad to say but it’s no more on the site). According to the seller, the 2054 model-year car, which is one of only three made by Lexus, is about the same size as a Chrysler 300 and has only 38 miles on it since it was built. Curiously, it boasts a six-cylinder Chevy engine–which is 47,000 miles old–and comes with a manual transmission. The ad suggested that the fiberglass and steel car is probably street legal, but advises potential buyers to check local regulations on open-wheel cars. 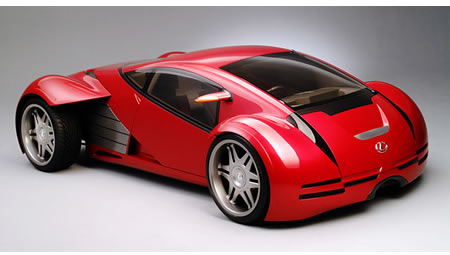