The term ‘Beatle mania’ was coined for a reason; there was no other way to describe the euphoria, obsession, and craze of the rock group that transformed popular music in the 1960s. This same obsession catapulted the band to the highest heights of fame and popularity and became their death. In New York City, an obsessed fan, Mark David Chapman, shot and killed 40-year-old Lennon, who was entering his luxury Manhattan apartment building. Just hours before his murder, John Lennon signed for his killer the Double Fantasy album. The album cover shows The Beatles legend kissing his wife Yoko Ono on the cover, and it’s expected to sell for as much as $2 million at Goldin Auctions. Back in October, Sotheby’s hosted an auction celebrating the world’s greatest pop group Beatles, by offering a compelling selection like personal items of John Lennon’s; a pair of round glasses, and his detention sheet from when the late Beatle was in school. However, it’s the rare john Lennon signed album that is creating a buzz as one of the grisliest artifacts in rock’n’roll history seeking $850,000. Bob Zafian, a spokesman for the seller, says, “I have never come across a piece with such provenance. Police reports, fingerprint documentation, letters from the [district attorney], it goes on and on.” 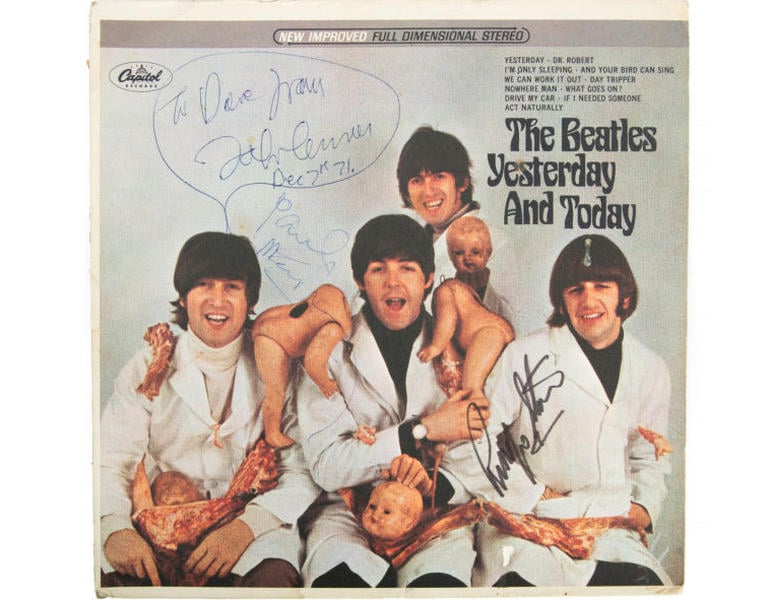 The original owner, a lifelong Beatles fan, sold the item for an alleged $150,000 (£94,000) in 1999. It is now up for sale via Moments in Time. as for Chapman, he is presently serving a sentence of 20 years to life and was denied parole in September for the sixth time.