If we asked you, “what’s the one thing Obama has that you want?” What would you say? No, Michelle Obama isn’t the correct answer, but you can definitely get your hands on something that Obama owns. The good news of the day is that Sneakerheads will get the chance to purchase an exclusive pair of basketball trainers designed for former US president Barack Obama by Nike. Sotheby’s selling the special pair of Nike Hyperdunks for a staggering $25,000, but since the trainers are only one of two pairs in existence, with the other belonging to the former US president, the price is pretty justified. The shoe is men’s US size 12.5 trainers, which were designed in 2009, and will be auctioned on Sotheby’s new “Buy Now” e-commerce platform, commemorating the 44th president during President’s Day weekend in the US. They feature a white leather upper, visible Flywire technology, and dark blue accents, including Nike’s iconic swoosh. Add to the already charming pair the official presidential seal and an embroidered “44” on the toe, and you know who it belongs to. The insoles are also printed with patriotic graphics such as bald eagles and the year 1776. Needless to say, the sneakers are in pristine condition as they weren’t worn by Obama (though that would be way cooler) and were made as a confirmation prototype. 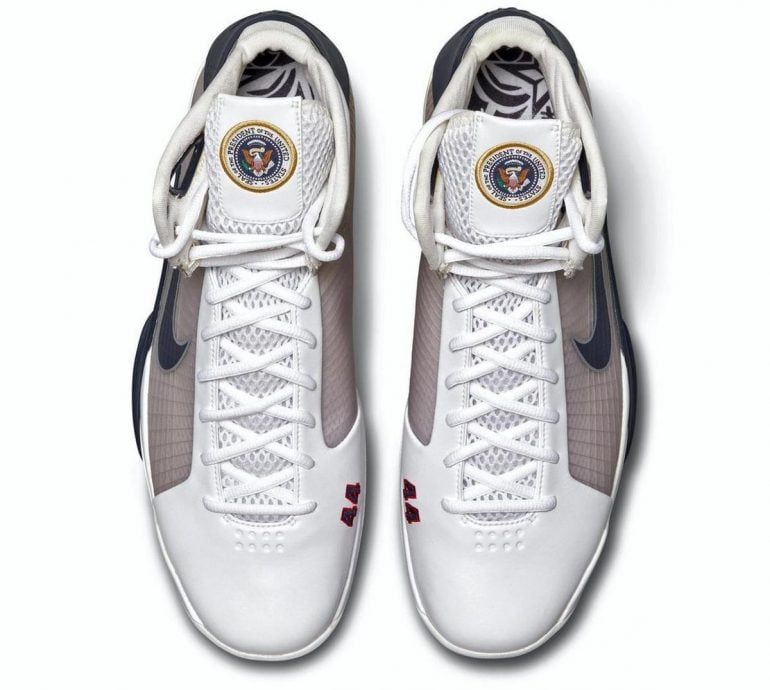 Brahm Wachter, Sotheby’s director of e-commerce development, said: “It’s a pleasure to bring such a unique item to market. We hope it will be a slam dunk.” Obama fans are no strangers to the fact that the former president helped lead his high school to the Hawaii state championship in 1979 when he was a senior and has openly demonstrated his passion for the game. He even had the White House’s tennis court converted into a full-sized basketball court. Keep in mind Obama’s custom-made Hyperdunks will drop at 4:44 pm EST on Friday, February 12. 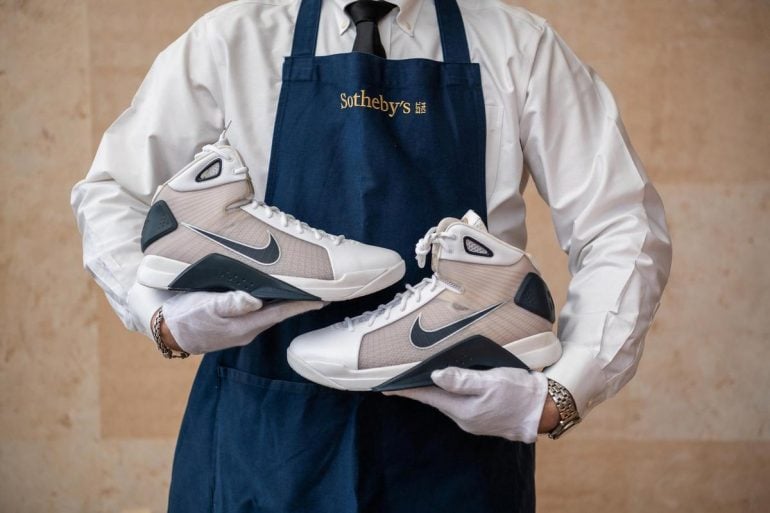 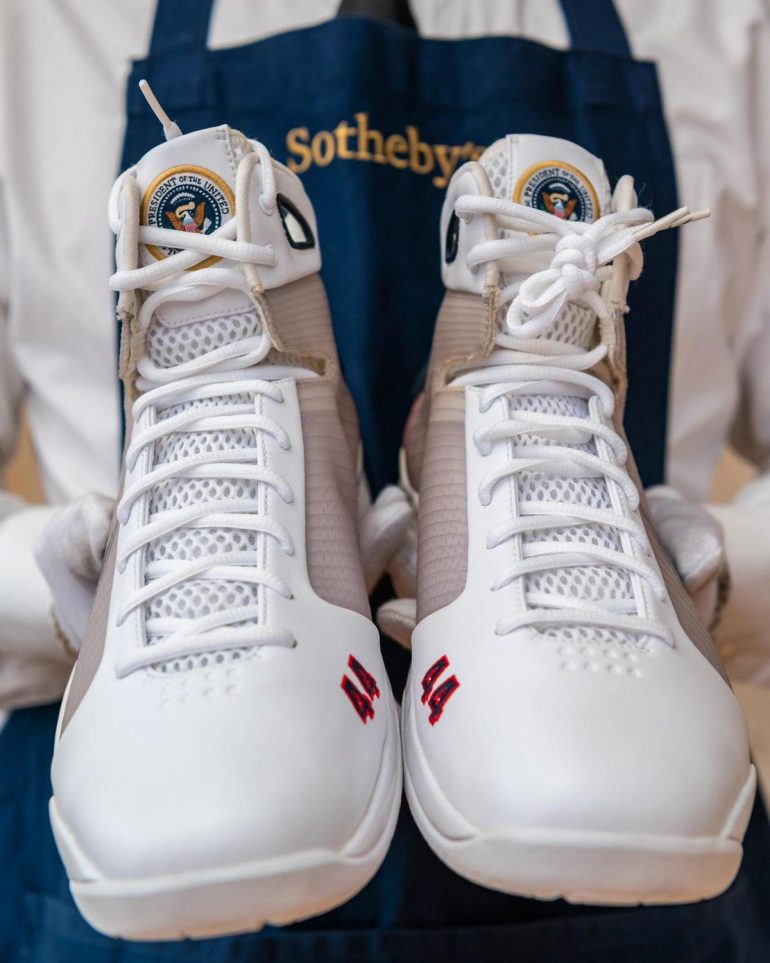 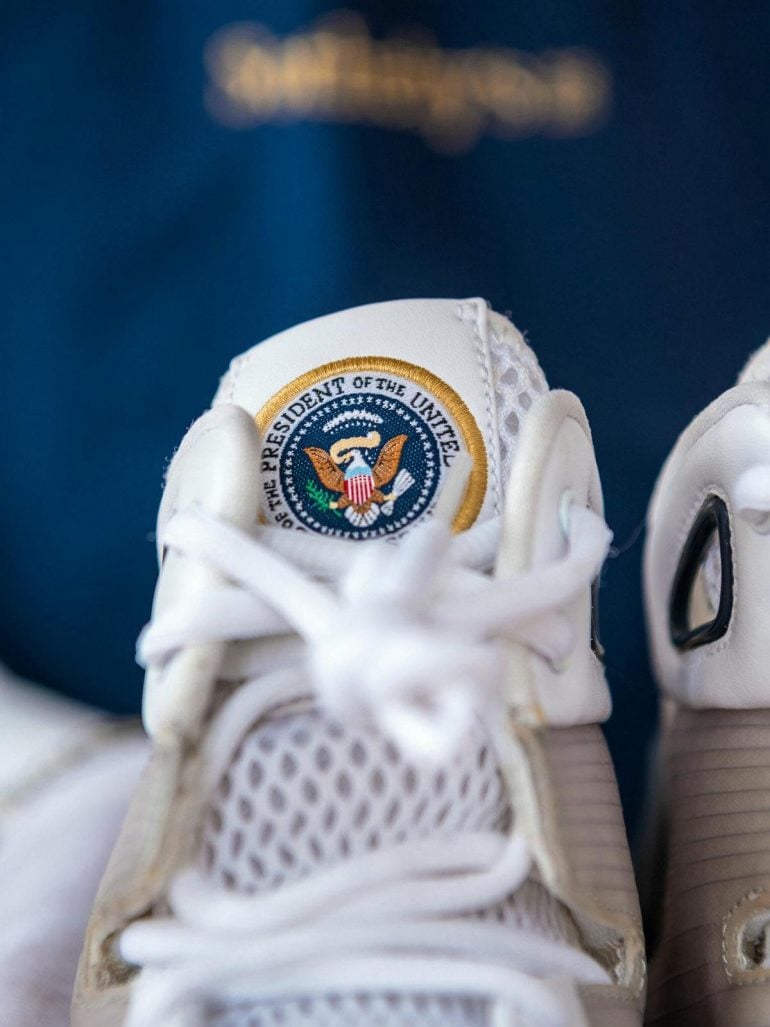 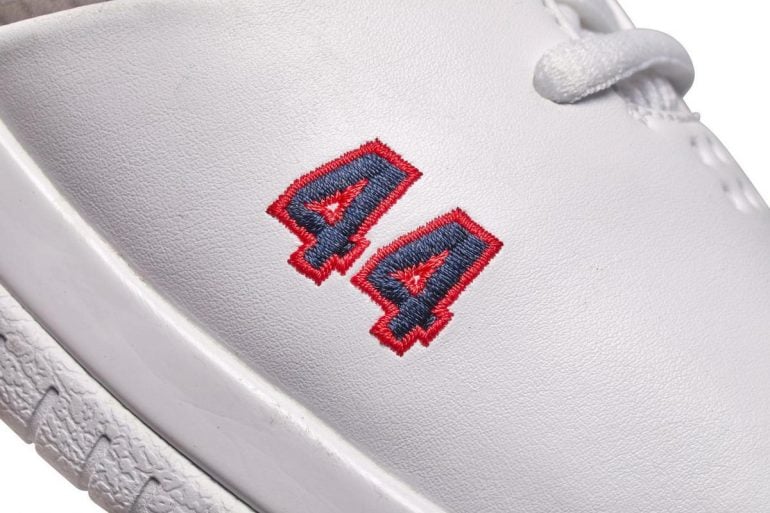 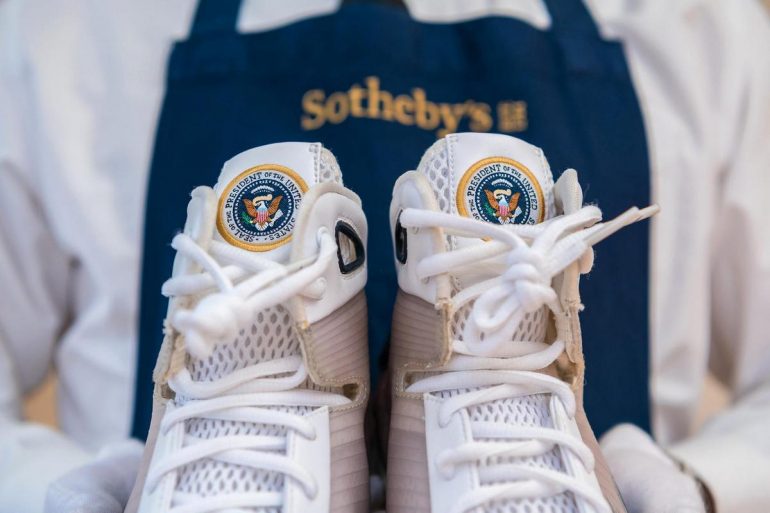 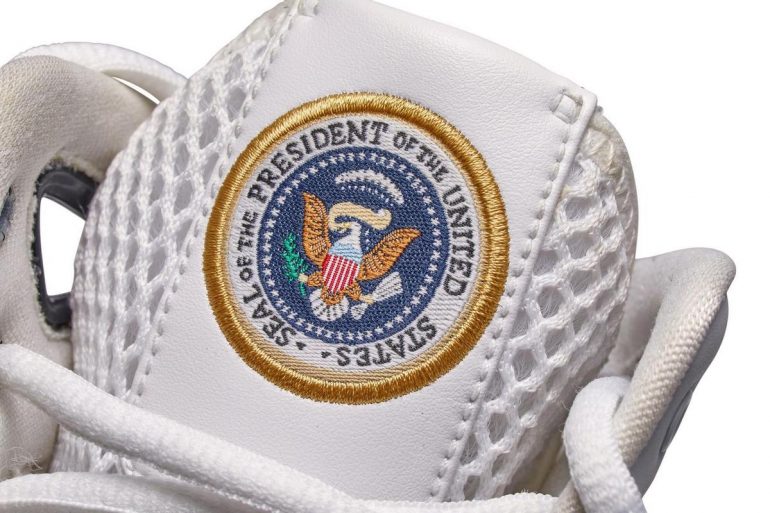