You don’t have to be a seasoned comic book collector to know that an extremely rare and nearly perfect copy of the first comic book ever produced by Marvel is going to be very, very valuable. But, how valuable you ask? Well, $1.26 million in American money! The finest known copy of Marvel Comics No. 1 was sold for that record amount at a public auction held by Heritage Auctions in Dallas, Texas, last Thursday. The issue was published in October 1939 by Timely Comics, which would later become Marvel in the 1960s. It is considered the ‘Big Bang’ of the Marvel Comics Superhero Universe. According to the official press release by Heritage Auctions, the ‘sale set a world record for the most expensive Marvel comic ever sold at public auction and an auction house record as the most expensive comic book ever sold by the world’s largest comic book and comic art auctioneer.’ 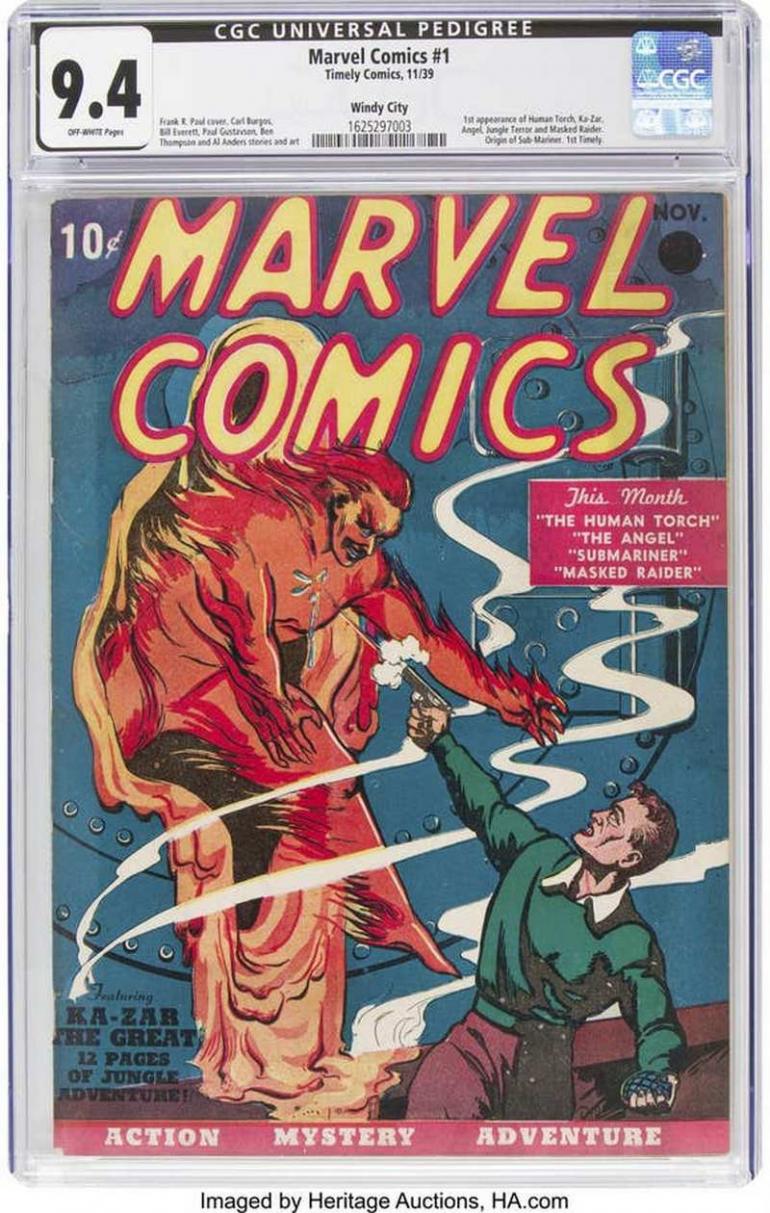 This particular issue of Marvel Comics No. 1 was first purchased by a mail carrier at a newsstand in Pennsylvania and has changed hands only a few times over the last 80 years. It was given a 9.4 rating out of 10 by Certified Guaranty Company, and is the highest-rated copy of the issue in existence, which hugely increased its value. “This is a historic copy of a historic comic book,” Ed Jaster, senior vice president of Heritage Auctions, said in a statement. “Without question, this is the granddaddy of all Marvel Comics, without which we would not have the characters and stories we enjoy in today’s comics and feature films.” The record for the most expensive comic book ever sold is still held by the Action Comics #1 copy that was sold in 2014 for a whopping $3.2 million.