Most vacationers have to choose between one of two vacation categories; you either have fun and frolic at a family-friendly destination or you relax and unwind at a remote spa resort. For the most part, these two types of vacationers never cross paths, but now a new Japanese project might actually change all that. A few days ago, Yasuhiro Nagano, the mayor of Beppu city on the island of Kyushu (a city well known for its abundance of hot springs) released a promotional video for a Spamusement Park – an onsen (hot spring) themed amusement park with the message that he would initiate the creation of the project if the video garnered 1 million views. 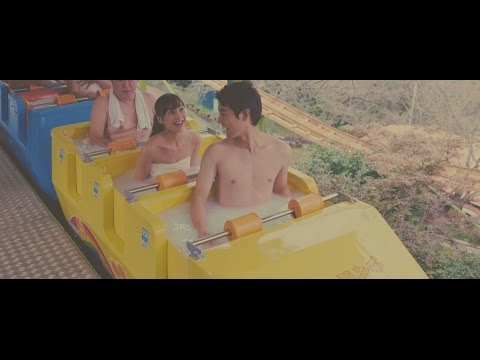 The video features roller coasters where each seat is filled with spring water and merry-go-rounds affixed with wooden spring water-filled tubs not to mention large pools and even a train-style ride with hot tubs inside. Unsurprisingly the video exceeded 1 million views in just four days and in response Mayor Nagano has announced that they will go ahead with the project.

In a press release distributed by his office, the mayor addresses everyone who watched and shared the video thanking them for their support. He also said that he wants the park to be a tourist hotspot that represents the city of Beppu. The letter states that they will consult with a number of creatives to help create new and exciting types of onsens for the park.

Japan is no stranger to offbeat spa experiences. You’ll recall that Hakone’s Yunessan Spa House offers both wine and ramen baths to their guests.

Tags from the story
Japan, Spa