The world is bizarre with Trump in it! And confirming the same is a $1,100 replica statue of Mount Rushmore featuring the ex-president’s face on it! Yes, that’s right! It was gifted to him by South Dakota Governor Kristi Noem back in 2020 and is four-foot tall.
Not only has the structure been created, but it also sits in Trump’s Mar-a-Lago home/office. He was presented with it following his speech at the site on July 3, 2020, as part of the state’s Fourth of July celebrations; however, the object was never captured publicly – until now. 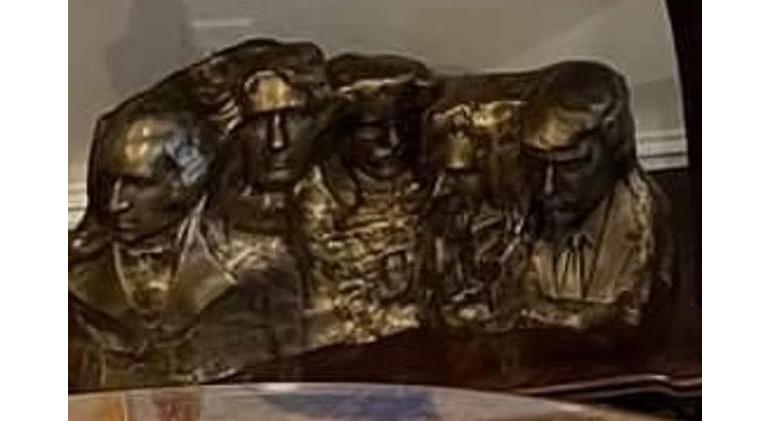 The sculpture has been photographed in person for the very first time and could be spotted sitting beneath a wooden table at Trump’s Mar-A-Lago home. It was captured on camera when the ex-president was meeting with Lee Dong-seop, the president of Kukkiwon, also known as World Taekwondo Headquarters. 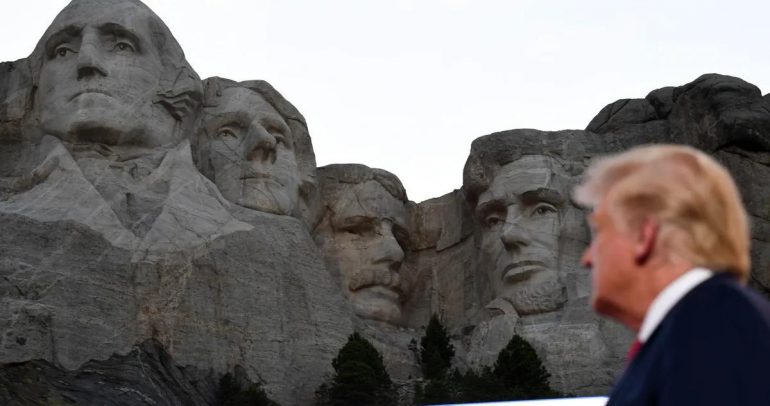 While Trump was posing with his Honorary 9th Dan Certificate (awarded to him by Lee Dong-seop), the replica was seen beneath a wooden side table just off his right. It features the typical heads of George Washington, Thomas Jefferson, Theodore Roosevelt, and Abraham Lincoln, along with the ex-president’s face added to it.

Back when he received the mini sculpture in 2020, Trump had apparently stated that it ‘sounds like a good idea’ to put him on Mount Rushmore, considering his accomplishments. He tweeted saying, ‘Never suggested it ( the idea of putting him on Mount Rushmore) although, based on all of the many things accomplished during the first 3 1/2 years, perhaps more than any other Presidency, sounds like a good idea to me!’

Until that happens, he could make do with the little replica that he proudly owns on display!

Tags from the story
Donald-Trump, Sculpture