Way back in 1994, no one knew what the budding idea of Amazon.com would become. Today, it’s the go-to online shopping destination for nearly every citizen of the world. Sitting over this throne of inventory, profits, partners, and an army of employees is business tycoon, Jeff Bezos. He’s been in the headlines for a lot of things, but among these, the most fascinating excerpts are those of his illustrious purchases. Of course, the things he buys are not sold on Amazon.com. They mostly come from under the hammer at an exclusive auction or are manufactured with his bespoke specifications. They could be entire start-ups or even patches of land that common folk wouldn’t begin to visualize. 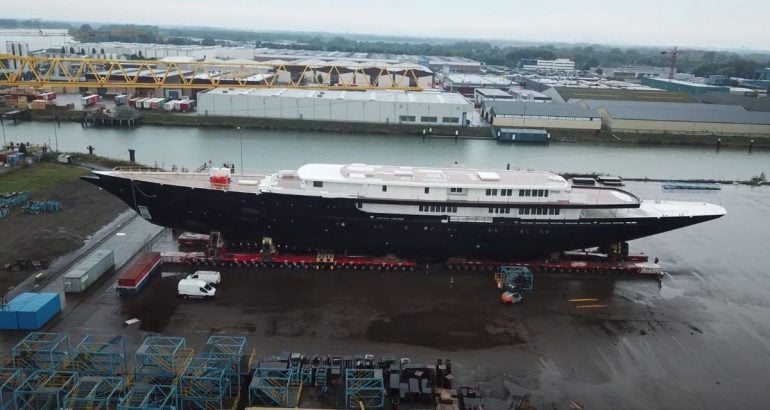 A ridiculously expensive yacht that is longer than a football field
When Amazon’s IPO raised $54 million, Bezos became a millionaire, way back in 1997. Since then, he’s never looked back and has a net worth of $203 billion. Now, with all that wealth in his armory, it would be natural that he indulges in some of the finest yachts he could get his hands on. And he does. The man’s building his custom $500 million yacht, which is longer than a football field, has three masts and three decks. You can drop those eyebrows because a simple match will tell you that this is just under 1/40th of Bezos’ net worth. The 417-foot monstrosity of luxury and comfort looks like the billionaire’s effort to isolate from humanity, given that it is bedecked with everything imaginable. It’s unceremoniously labeled as the Y721 and is being constructed in the Netherlands.


It’s got an on-deck swimming pool, lounges galore, an ambient cinema, and business meeting areas. It’s where Jeff will get those other billionaires to buy into his ideas and boy, will they have the cheek to refuse. The yacht is being constructed by Oceanco, who are keeping everything hushed.
That’s not all. Bezos also plans to buy a motorized support yacht that will have its own helicopter landing pad, which will most likely be graced by Bezos’ girlfriend, Lauren Sánchez, who is a trained pilot. 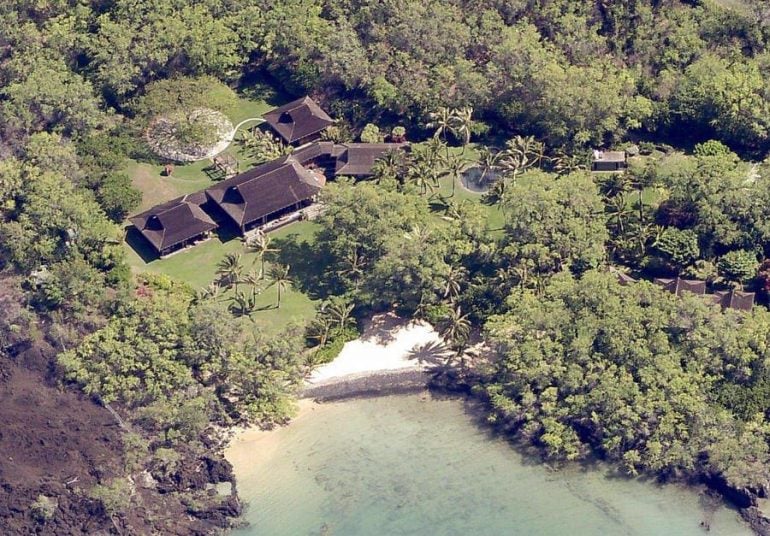 14 acres of secluded sea-side estate
Okay, he’s got a yacht, but where’s he going to head with it? His beautiful new home in Maui, Hawaii, of course. The sprawling property stretches across 14 acres and costs $78 million. It is situated just where the pristine blue waters of the ocean kiss the shore. The main house is said to be 4,500 square feet in area, with a 1,700-square-foot guesthouse, other quarters and buildings in the vicinity, and a gorgeous, circular 700-square-foot swimming pool. The house is surrounded on some sides by rocky lava fields, which are dormant but offer picturesque scenery.


Local Hawaiians have been concerned by the encroachment of the rich and powerful into their lands, which is causing property prices to skyrocket. In a gesture of goodwill, Bezos donated to the Hawaii Land Trust in mid-September. It is an organization that is responsible for the environmental conservation of Maui’s ecosystem.
Dystopian immortality
Not so different from Michael Kaufman’s dystopian novel, The Last Exit, there exists a possibility of a future where the rich will be able to pay for more years on Earth, beyond what their usual lifespan would be. Bezos has reportedly been funding a start-up that is working on this biotechnology. What better than an illusion of eternity or even an extended lifespan, for that matter, where the world in 3021 will see Jeff Bezos smiling through his bionic eyes upon the trillion human beings he employs. He raises his hands and the banners fly and he blinks away a tear of pure joy. We digress. But, Altos Labs and the work they’re doing looks to turn this little fantasy into a possibility, not only for Bezos but several of his wealthy contemporaries. Among the most notable investors in the company are Russian billionaire, Yuri Milner, and his wife, Julia.
Honorary mention – Destination Space
Many young boys have dreamt of taking off in a spaceship and exploring the universe. But years teach them that the studies involved and the physical aptitude to survive space missions are quite something. But not if you’re the richest man on Earth. You can have it your way. Jeff Bezos’ fascination with space came to fruition with Blue Origin, where he was accompanied by three others. 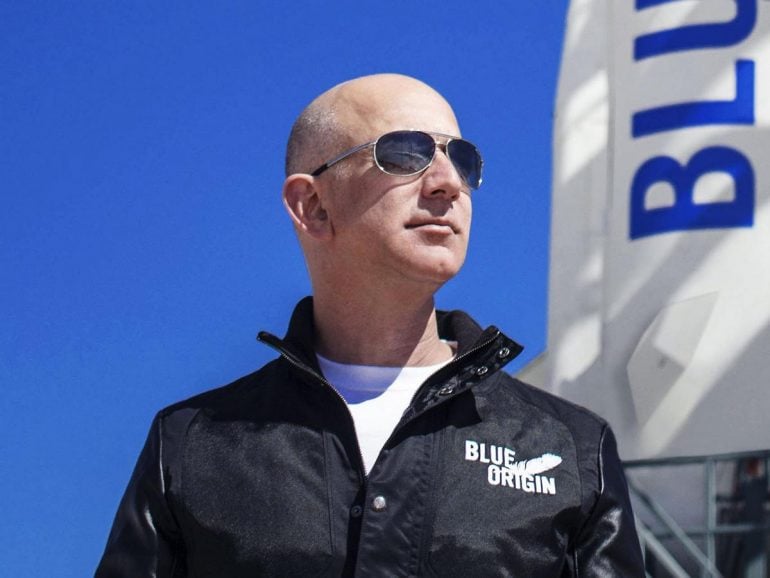 Blue Origin is owned and imagined by Bezos, himself. He was launched into space on July 20th, 2021, aboard the New Shepard vehicle of the company. Space.com reports, The capsule carried Bezos, 57, his brother Mark, 53, 82-year-old aviation pioneer Wally Funk and 18-year-old Dutch physics student Oliver Daemen 66.5 miles (107 kilometers) above Earth, then came down for a parachute-aided, dust-raising landing in the West Texas scrublands.”

Tags from the story
Jeff-Bezos, Yacht