Ask any Hip Hop fan about Notorious B.I.G’s plastic crown that went under the hammer for a whopping $600,000 last year at Sotheby’s hip-hop-themed auction and they will recognize it in a jiffy. The lesser-known fact is that originally the Notorious B.I.G.’s plastic crown costs only $6 and went under the hammer for a staggering $594K at auction. It came back in the news on Thursday, as Beyoncé’s daughter Blue Ivy was seen celebrating her first Grammy win by using the coveted award as a sippy cup while wearing the crown. Fans were quick to notice that the Halo hitmaker was actually the person behind the purchase. One commented, ‘Guess we now know who paid Sotheby’s half a mill.’ while another fan said, ‘You can be certain that is Biggie crown.’ it doesn’t come as a surprise that Beyoncé and Jay-Z would drop the better half of a million bucks on a photo prop, after all, they are the people who rented a million dollar nursery at Barclays Center for Blue Ivy. They got her Barbie doll to play with like little girls around the world, only Blu Ivy’s was a blue $80,000 Barbie doll.

With this recent win, Blue Ivy officially became the second youngest person to ever win a Grammy, which she won for her part in Beyoncé’s “Brown Skin Girl” music video. 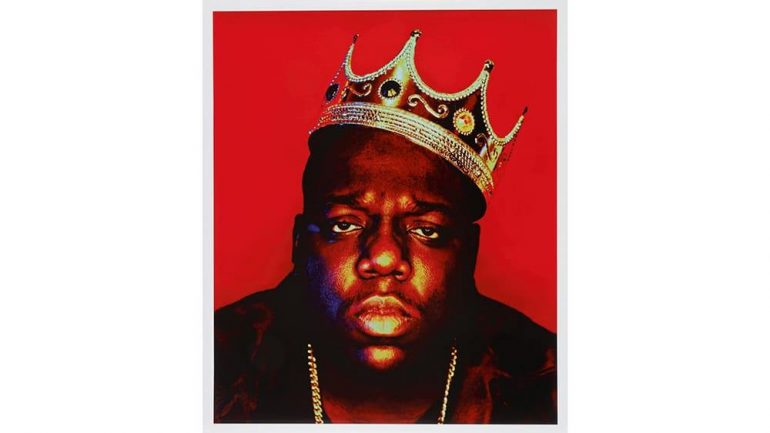