Jack Row is a prodigy kid. Jack Row has created a benchmark for himself in the world of jewelry for creating fine writing instruments using only gold, silver, and platinum. He has topped this off with abundant jewels. After launching his diamond-studded Architect gold pen at Harrods in London, he launched these new collections, one that is inspired by Moghul Indian architecture and art, Jaali, and the other one that is more for everyday practicality, and that added ‘wow factor, City.

The Jaali range of luxury fountain pens and cufflinks has been crafted in England from solid sterling silver and 18ct gold and set with accents of precious petrol-blue diamonds. The Moghul Indian architecture of latticed screens inspires this new collection. The City collection is more affordable, as he likes to call it, with handcrafted solid sterling silver and precious gemstones such as diamonds, rubies, and sapphires.
The solid silver Jaali pen would retail at $11,900, while the solid sterling silver and 18ct gold filigree Jaali pen would be priced at $44,400. The Jaali cufflinks that are handcrafted in the Row’s London studio from sterling silver and blue diamonds would retail at $1,230, while the cufflinks from 18ct yellow and white gold with blue sapphires can be bought for $7,900. These pens would be launched at London’s prestigious Goldsmith’s Fair later this month.
Update –
Jaali Cufflinks – 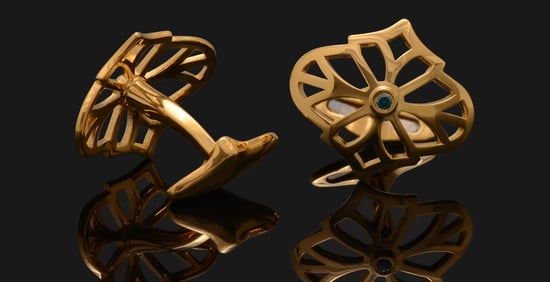 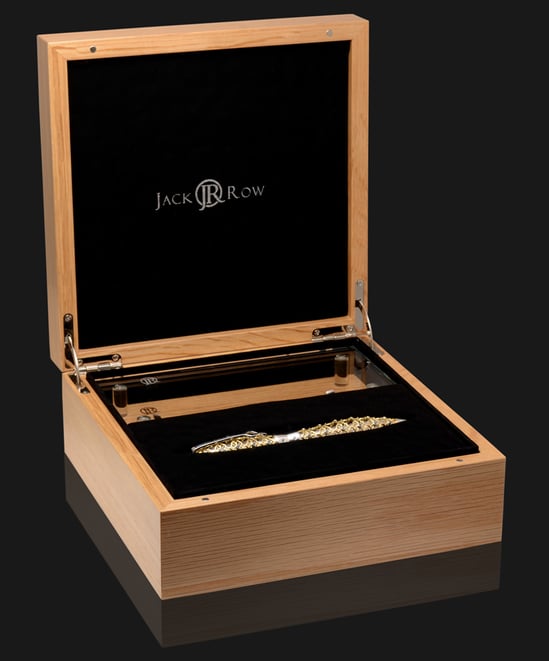 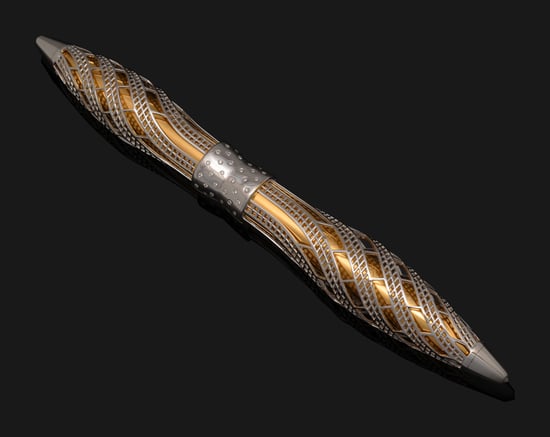 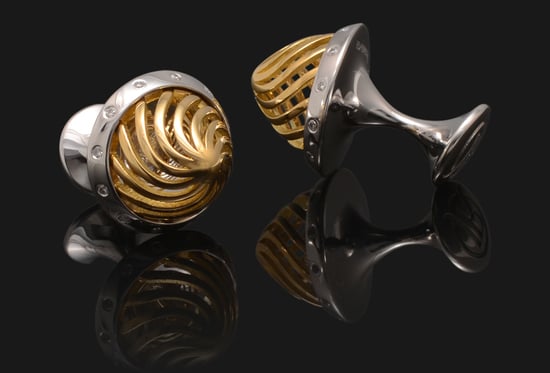