This year marks the 100th anniversary of Bentley and we have already seen plenty of special editions to mark the special occasion, including a special edition Mulsanne and a limited edition Breitling timepiece. The Crewe-based luxury carmaker has even come up with three centenary books to celebrate its 100th birthday. Now Graf von Faber-Castell has introduced a limited edition Centenary range of writing instruments to mark the extraordinary milestone. It’s not the first time the company has collaborated with Bentley to come up with an exclusive range; last year, the two luxury companies teamed up to launch an exclusive collection of pens called “Graf von Faber-Castell for Bentley”. All the Bentley cars built in 2019 will feature a special “Centenary Specification” pack which includes unique Centenary Gold badging, distinctive seat embroidery, unique tread-plates. Graf von Faber-Castell’s special edition pen collection also features the same delicate gold details found on Centenary Specification cars.

The exclusive centenary collection is made up of a trio of dynamic products by Graf von Faber-Castell, which includes a fountain, rollerball and ballpoint pens that arrive in a sophisticated black color, reminiscent of sports cars of the past. All metal parts, the barrel and the nib of the fountain pen, have an anthracite-colored PVD coating made of titanium. The limited edition pens also feature additional Bentley elements such as the luxury carmaker’s characteristic diamond-quilt pattern on the slender metal barrel along with the distinctive knurling and the Bentley “B” at the top of the cap which is adorned by a golden anniversary ring. The fountain pen is priced at £530 ($672), while the rollerball and ballpoint carry a price tag of £490 ($621) and £450 ($570) respectively. 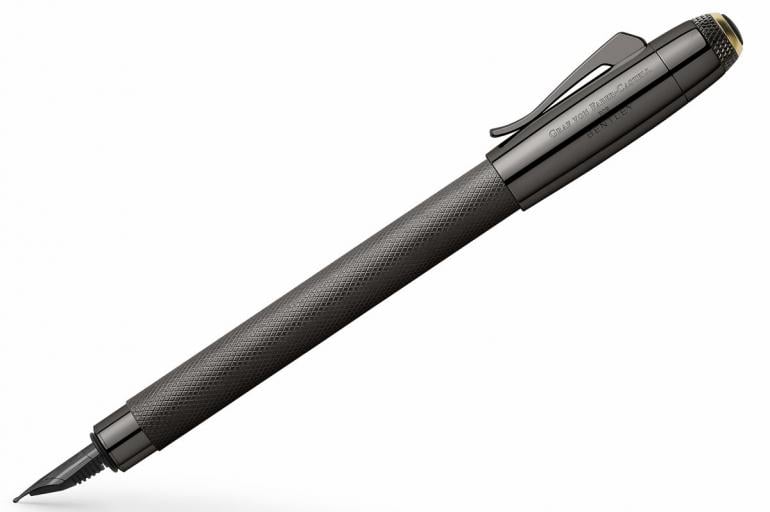 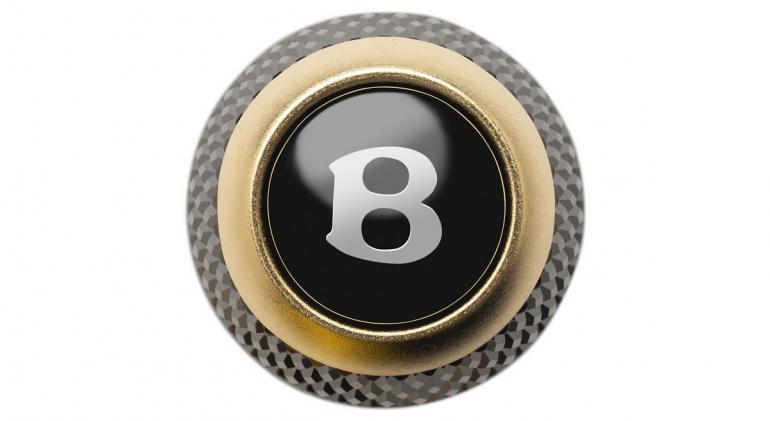 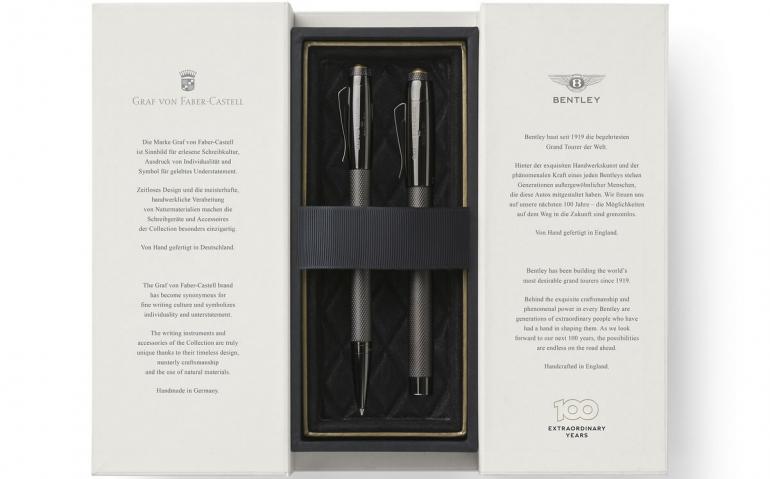